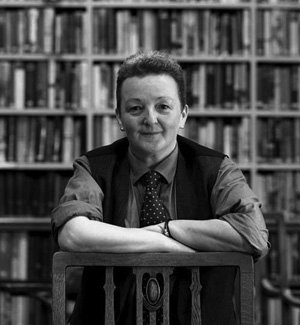 Between 17 and 20 May, crime fiction lovers from around the world flocked to the city of Bristol for its annual CrimeFest convention, with special guests including Lee Child and Jeffery Deaver. Another important attendee was Jacky Collins – AKA Dr Noir – who is the driving force behind Newcastle Noir. Our reporter from the North East headed to the South West to bring us a look at the best things CrimeFest had to offer. If you couldn’t attend, here’s your chance to catch up…

This year was a very special year for the convention as it celebrated its tenth anniversary. Yes, that’s ten years of crime fiction appreciation and organisational expertise from the hosts. The birthday has been celebrated in print through a charity anthology packed short stories contributed by crime authors, meanwhile on the ground there was all kinds of live action excitement at the Bristol Royal Marriott hotel… 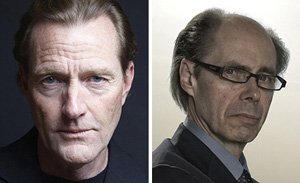 1 – Fantastic guest authors
This year we were treated to a fine blend of new and favourite featured authors. Each one is a best-selling, world-class crime writer, many of them having supported the convention over the last 10 years. While around the world people watched the Royal Wedding on Saturday 19 May, at CrimeFest our attention was drawn to an exceptionally engaging pairing as Lee Child, creator of massively popular Jack Reacher, was interviewed alongside American crime author Jeffrey Deaver. Later that afternoon, having had a chance to refuel and recharge our batteries, we settled in for the next impressive pairing of criminal storytellers – the inimitable Matina Cole and immensely talented Peter James. Yet for Dr Noir, with a weakness for crime fiction in translation, it was the final pairing that brought ultimate criminal delight. The Queen of Icelandic crime fiction, Yrsa Sigurðardóttir and Gunnar Staalesen – a Norwegian Chandler – regaled us with insight into their work, explained the trends of crime fiction in the Nordic countries, and left us in no doubt that the literary phenomenon that is Nordic noir is far from finished.

2 – Wonderful range of panels
When you glance through the array of panellists appearing at CrimeFest, the reaction that immediately comes to mind is that iconic line from the old Ferrero Rocher advert: ‘Oh ambassador, you spoil us.’ You could be sure during every session at least one panel would be discussing themes that are of most interest to you, and you’d undoubtedly get to hear at least one author that’s new to you and whose latest novel will find its way into your suitcase. Dr Noir’s highlights this year were the Krimi panel (German language crime fiction) and the Bloody Scotland panel. The former introduced me to the work of Oliver Bottini, Simone Buchholz, Dirk Kubjuweit and Andreas Pflüger, while the later, comprising Tana Collins, Lesley Kelley, Douglas Lindsay, Caro Ramsey and Michael Malone focused on those tricky questions of identity, place and voice in Tartan Noir. I should like to stress, though, that these are my limited pick from an amazing choice of panels and an incredible number of authors. 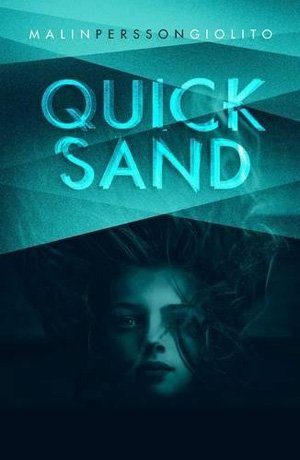 There’s always twofold cause for celebration over the weekend as both the CrimeFest Awards are presented and also the longlists for the CWA Dagger Awards are announced. The anticipation of the winners being revealed brings a lovely frisson to the Gala Dinner and what impresses me most is the variety of categories and the format of the judging panels for each award. As you might imagine by now, Dr Noir’s favourite category of the evening is always the The Petrona Award for the Best Scandinavian Crime Novel of the Year, which this year went to Swedish author Malin Persson Gioloto for Quicksand, translated by Rachel Wilson-Broyles. I haven’t managed to get to this book yet, but with the endorsement of this award it has made its way further up the mammoth tbr pile by my bed. However, Dr Noir is very proud to say that she was very familiar with two of the works longlisted for the CWA International Dagger – The Shadow District by Arnaldur Indridason as translated by Victoria Cribb, and Snare by Lilja Sigurðardóttir, translated by Quentin Bates. It goes without saying that here was much celebrating in Bristol that night over the success of Nordic noir.

4 – A great atmosphere
While much of the convention’s success undoubtedly lies with the plethora of crime writing talent all found under one roof, a large part of why the event is so popular with readers, authors, publishers, bloggers and agents is the convivial atmosphere that pervades the venue from breakfast into the wee small hours. Whether you’re having that all important catch-up over coffee in the hotel bar, raising a toast with friends out on the patio to their recent publications, unleashing your competitive streak at the CrimeFest pub quiz or giggling as authors battle it out at the closing I’m Sorry I Haven’t A Cluedo panel, it’s that great sense of being amongst friends that makes this convention so special. This year’s highlight for Dr Noir on the socialising front was joining Team Orenda for a spot of karaoke at a local establishment – who knew that crime writers were also blessed with considerable musical talent!

5 – Lovely location
By location I mean the hotel and the city. Located at the heart of the city, the Bristol Royal Mariott is close to an incredible range of cafes, bar, restaurants and shops. Over the weekend, the intensity of the event means it can be helpful to get some fresh air, stretch your legs and have a bite to eat. There’s something for everyone here with some lovely peaceful spaces even in this bustling city. For me it was the City Library, not 200 metres from the hotel, which provided a much-needed moment of calm with lovely, reviving tea and cake. Excellent air, rail and road links make Bristol the perfect city in which to host an international crime convention. CrimeFest comes quite soon after Newcastle Noir, so Dr Noir really appreciates the accessibility of the city and the great welcome that awaits at the hotel venue.

And one not so great thing…

Anyone who attended the Detecting Duos panel witnessed something that rarely occurs at crime fiction events, which are usually so readily embracing of difference and diversity. During the session, the moderator used pejorative language relating to transgender people and steered the discussion towards an attack on political correctness. She was challenged at the time, and the incident was discussed vigorously in the bar afterwards and on social media, with many left shocked. Of course, the organisers were mortified by what occurred and issued a statement on the CrimeFest Facebook page. But here’s what’s interesting to my mind: it’s vital that we can discuss attitudes or prejudices that may offend, indeed crime fiction often contains characters with prejudiced views, however it’s equally important to find a positive way of discussing these topics and maintain an atmosphere of respect and conviviality at our gatherings.

In that spirit, to finish off this report, I’d like to refer to the welcome from the co-hosts found in the CrimeFest 2018 programme. In it, they thank all those who have supported CrimeFest over the last 10 years and welcome all those that were new to the festival this year – the warmth that is expressed in these lines sums up the feeling of warmth and belonging that permeated the whole event. Thank you Myles, Donna, Adrian and all the CrimeFest team. Here’s to the next 10 years!

By DeathBecomesHer
The popular Bristol-based crime writing convention CrimeFest is to offer a bursary for a crime fiction writer of colour to attend the event next May. The bursary covers the cost of a full weekend pass to the convention, a night’s accommodation at the Mercure Bristol…
FeaturesNews