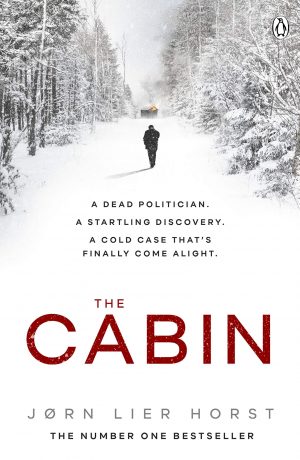 Written by Jørn Lier Horst, translated by Anne Bruce — Best-selling Norwegian author Jorn Lier Horst, the modern master of the police procedural, has penned another winner with the second instalment of his Cold Case Quartet. Like the first book in the series, the Petrona Award-winning Katharina Code, a current crime intersects with a cold case and both must be solved in order to close the files. In this book, the key to the mystery of a boatload of cash in a dead politician’s cabin lies with an old missing persons case. The devil, and all the procedural thrill that comes with it, lies in the details.

Veteran detective William Wisting, whose cool and collected demeanour makes him indispensable, is called into the office of the director general and asked to lead a sensitive and very hush-hush mission. He must discretely investigate why 80 million kroner was just found stashed away in a remote cabin belonging to the recently deceased former foreign minister, Bernhard Clausen.

Adjuring them to secrecy, Wisting hand-picks a team to investigate, but no sooner has he gathered his investigators and secured the money than the cabin blows up. The explosion destroys whatever further evidence it may contain within, but at least they have the boxes of cash complete with fingerprints, part of a walkie talkie, a mysterious phone number and the name ‘Daniel’. Handily, however, the ensuing arson investigation provides excellent cover for their secret operation.

With trusted forensic technician Espen Mortensen brought in to help, Wisting sets up a command centre at home. In a departure from his usual style, he also recruits his daughter Line, a brilliant investigative reporter in-between jobs with a baby bouncing on her knee. Line soon realises that the cash total from the minister’s boxes jibes with the sum missing from an airport robbery years back. When Wisting interviews Audun Thule, who headed the unsolved robbery investigation, he decides it’s best to bring him on board too.

Adrian Stiller, the leader of the Cold Case division, is also recruited, rounding out the team. Although Wisting has reservations about his maverick methods, Stiller’s current cold case involving a missing person near Clausen’s cabin turns out to have direct connections to the case, and his sharp analytical skills prove beneficial as they start eliminating suspects.

There are trust issues between father and daughter. Wisting is an excellent baby-sitter but a bit of a micro-manager. Nevertheless Line’s outside-the-box investigative style yields relevant results that also put her in danger as witnesses begin to turn up beaten or dead before they can be interviewed.

Horst, a former detective himself, creates dramatic tension mixed with a substantial amount of procedural detail that only his unique perspective can bring. The excitement of a building case is blended with the tedium of evidence collection, chasing leads and conducting interviews in a way that feels authentic and builds in you a mounting enthusiasm.

At least a dozen relevant characters, some decidedly dangerous, radiate out from Bernard Clausen, who is at the heart of three related phenomena: missing heist money; a missing man; and the minister’s own troubled family life. When the fingerprint and DNA results finally emerge, the fuzzy strands of the case are brought into relief just in time for Wisting to realise his own family is in danger.

Horst has used the dynamic of father and daughter parallel investigations before to great effect in the Wisting series, where Line’s research and Wisting’s police work converge to put one or both in danger as they encroach into menacing circles of crime, culminating in a dramatic tableau of police action. But it is the emphasis on investigative and forensic procedure, which is the hallmark of these books. If you enjoy the grit of methodical police work combined with subtly growing dramatic tension, this instalment will win you over for sure.

Read our recent interview with the author here.