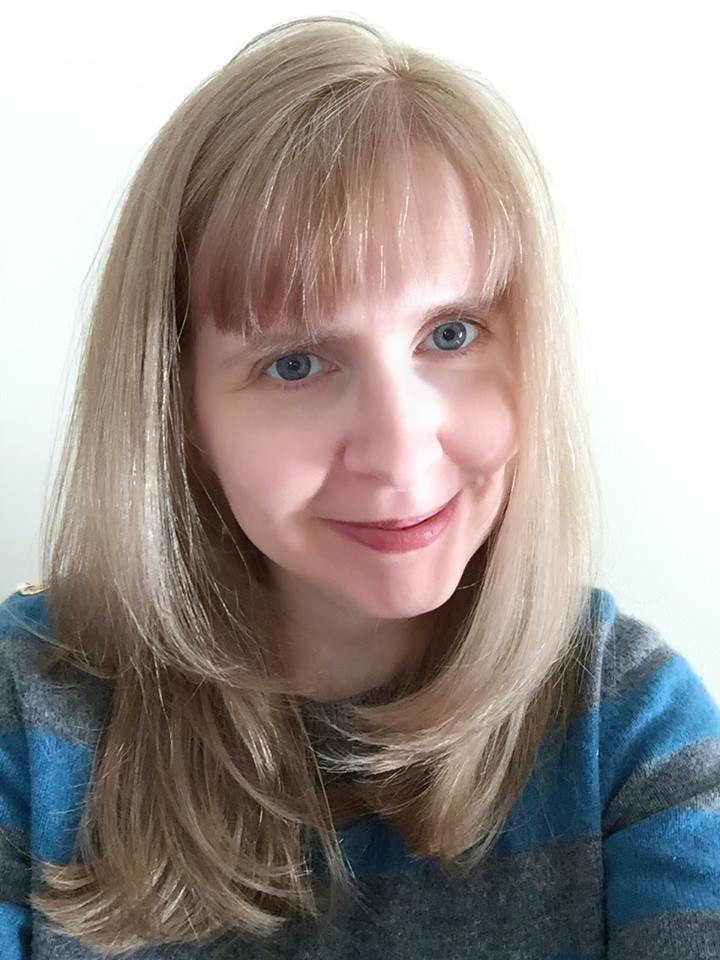 Joanna Schaffhausen’s debut crime book The Vanishing Season won the Mystery Writers of America First Crime Novel Award in 2016, and a year later hit the shelves in US bookstores. Due for UK release this month, this hard-hitting police procedural brings us a serial killer mystery set in New England with two interesting protagonists – an FBI agent and a woman who has previously survived an attempted kidnap-kill. Today we talk to the Boston-based author about the book, its characters and some of her own inspirations…

Can you tell us a bit about your writing and your first book, The Vanishing Season?
Starting in the 90s, I wrote a bunch of fan fiction about The X-Files – mostly case file investigations that taught me a lot about how to structure a novel-length mystery. I also had the opportunity to have my work critiqued by fellow readers and writers, many of them far more talented than I, and so the fandom really helped me to grow as an author.

The Vanishing Season is a mystery centred on Ellery Hathaway, who was kidnapped off the streets of Chicago at age 14 by a serial murderer. She would have been killed and her hands removed except a green FBI agent named Reed Markham played a hunch and rescued her from the killer’s closet. Now it’s 14 years later and Ellery’s changed her name and is living in a small town in Massachusetts. When three people go missing from her town in three years, she fears someone knows her secret. But she can’t get anyone to take her concerns seriously, so she calls up Reed Markham to help her investigate.

Aside from the mystery of the disappearances, the tension of the book comes from reuniting Reed and Ellery. The worst thing that ever happened to her is the greatest triumph of his life. 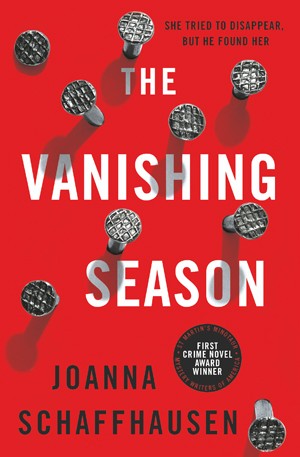 The book had an unusual route to publication in that it won the MWA First Crime Novel. How did you come to enter? What was the whole experience like?
It has been a wild ride for sure. I don’t recall how I found out about the contest, but it was around the summer of 2015. The contest had a mid-December deadline and I figured I could use that to force me to finish a draft of the novel. I’d started a version of it back in 2004 but never got beyond about eight chapters. I dug it out, revamped the whole thing, and started over at the beginning. When I entered it, I certainly never expected to win, in part because the previous winners tended to be historical or quirky type mysteries and mine is a hard-nosed police procedural. I spent most of my time planning to lose, figuring out where I would take the manuscript next.

So it was a total shock when I got the phone call months later saying I’d won. I was home sick that day and nearly didn’t answer the phone, but then I noticed the NYC area code and figured I ought to make an effort to be coherent. I still pinch myself twice per day to make sure I’m not dreaming. I’m so grateful for the MWA judges and team at St Martin’s for taking a chance on me.

TVS has been on sale in the US for a while now. How does it feel to be a debut author with a book out? What has the reaction been like?
It’s the realisation of a dream to see a book out in the world with my name on it! I don’t think I’ll ever get over the glee it brings. Reader reaction has been overwhelming, mostly in a good way. I’ve lived with Ellery and Reed for several years now, and it is thrilling to have them carrying on in other people’s heads – kind of like The Velveteen Rabbit who becomes real at the end.

I love hearing from readers. It’s sweeter than any pay check for me. I’m fortunate that most readers seem to have enjoyed the book, but that’s not universally true. As a writer you have to prepare for the fact that not everyone will adore your baby. One of the most joyous – but also most challenging – aspects of writing is that once you put the story out there, you are done, and readers control how they interact with it. They bring their own hopes, fears, and dirty lenses to your work. They will question you or affirm you and make you see things in your words that you’d never previously detected. It’s not possible for a book to be all things to all people, so some readers will inevitably walk away disappointed. In the mystery genre alone, you have readers who want a fast-paced thriller, with one scare and twist after another, versus those who want deeper character development and a fully realised setting. These desires are at odds with one another, so if both types of readers sit down with your book, one is liable to feel like the story didn’t meet their expectations.

One of the most wrenching, and also most rewarding, parts of reader reactions has been hearing from survivors of sexual assault. I’m one myself, so I’ve written on the topic for years, and each time, women come out of the woodwork to say #metoo. I wish I could hug each one in person. They are amazingly strong and brave women, some of them carrying on after unspeakable horrors. I am humbled that they would share their stories with me. I survived my assault as a child, and I turned to books to process what had happened to me. I wanted to see stories of how other girls and women navigated this path. I wanted to see them come out whole on the other side. Years later, I’m telling these kinds of stories, not just for me, but for others who might need to see them. 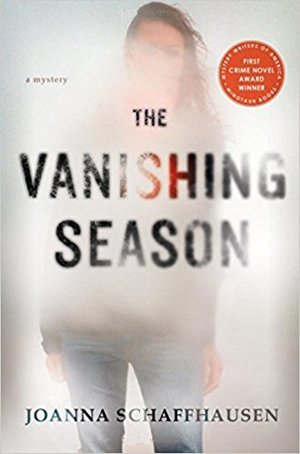 Ellery Hathaway was a ‘final girl’ before becoming a police officer. What was her inspiration, and how important was it for you that she move from victim to victor?The genesis of this story came from some books I read on serial killer Ted Bundy about 18 years ago. I already knew the Bundy story fairly well and this time through I was struck less by Bundy himself but by all the regular people whose lives he subsumed. Robert Keppel, the homicide detective who caught the initial case in Seattle, had been on the job just one week. Serial murder would go on to define his career. Carol DaRonch, who at age 18 became one of Bundy’s living victims, still receives more than a dozen messages per day about Bundy 40 years later! He’s been dead for decades now, but for Carol, he will not die. We will not let him. We, the public, keep hounding her for more.

Ellery’s struggle is for her own identity, to figure out who she is apart from Francis Coben, the man who abducted her. He is infamous in a way that follows her around forever, with the public making assumptions and intrusions into Ellery’s life because they think they know her. Her life is consumed for entertainment on true crime TV channels, retold in books and movies. She resists any narrative that makes her into a hero or a chosen one because, to her, that means the other girls weren’t special and deserved to die. She mostly wants to be left alone, which is the one thing the public will never give her. For Ellery, victory would simply be peace.

Reed Markham saved Ellery all those years ago, and comes back to work with her on this case. What informed your writing of their relationship?
Any sort of romantic relationship between Reed and Ellery wouldn’t work in this book at all. He’s still hoping to patch things up with his family. She’s being hunted by a serial killer. What makes their relationship interesting is that their lives changed in dramatic fashion as a result of this one shared event, but they come at it from opposing points of view. Reed’s always told himself he’s the big hero. Ellery sees herself stuck as the victim. In reuniting, they are forced to reassess these labels. Reed, in particular, is nonplussed to find his big rescue doesn’t impress her at all.

They are drawn to each other, though, in part because they are the only two who know the real Coben story. They can be honest with one another in a way they can’t be with anyone else, and this pull keeps them coming back together in future stories.

Will we be seeing more of Ellery?
Yes, I’m delighted to say that St Martin’s has picked up the next two books in the series. No Mercy should appear in January 2019. After the events of The Vanishing Season, Ellery is forced to attend group therapy for victims of violent crime. Rather than working on her own issues, she begins investigating the various crimes her fellow group members have suffered. One of them involves a brutal rapist on the loose, a man with a Spider-Man-like ability to climb through bedroom windows. The other concerns an old arson case, in which the victim may have fingered the wrong man for murder. Ellery ropes in Reed for help, and the two of them are quickly out on a limb again as far as legal investigation goes.

In the third one, The Neon Boneyard, Reed and Ellery travel to Las Vegas to try to solve his birth mother’s murder. Family secrets abound!

The Vanishing Season comes out 27 February in the UK and is already out in the US. For more author insight, read our interviews with Joseph Knox or Jonathan Lyon.