Jonathan Lyon is a young British author who has suffered from chronic and seemingly incurable pain for many years. Basing himself in Berlin in an attempt to shake the disease, his debut Carnivore came out last summer. If you haven’t picked up a copy yet, you really don’t know what you’re missing. Juxtaposing beauty and brutality, his prose and his main character are driven by the pain he experiences. The book introduces you to Leander, the tortured anti-hero who diffuses his myalgia by inflicting pain on others and taking copious amounts of drugs. From the insanely imaginative descriptions of his wild hallucinations to the drug-fuelled journey across London that sends him crashing into a crime lord with lethal intent, Leander is the ultimate unreliable narrator. Carnivore was one of our top five debuts of 2017, so we had to talk to Jonathan about his fascinating first book, and the inspiration behind it…

First of all it would be great to get a little bit of background about yourself?
I was born in London in 1991 and moved to Berlin in 2013 after graduating from university. My plan was to move into a cheap German attic and focus on improving my health, since I’d been ill for about five years. Unfortunately, the attic was harbouring black mold, and so during the next four years I got more and more ill. I only escaped that apartment in the middle of 2017, around the time my book came out. Tests suggest I have mold growing inside a few of my organs now, which may take years to get rid of. So it’s been a surprising decade so far.

How did you become a writer and get a book deal?
I began writing obsessively around the time my insomnia became severe, which was just before puberty – it gave me something to do during the night. Most of those stories were just for me to read, but as I got older and my nightly notes turned into whole novels, I gradually found ways of saying things that I felt comfortable with sharing with others. This led to my latest book, Carnivore, which I decided to show to publishers, eventually leading to the book deal.

How easy was it to write and in what ways did you develop it before publication?
At the time of writing Carnivore, my illnesses had all caught up with me and I wasn’t able to live normally anymore. I’d been semi-getting by till then – resting most of the day, and still trying to show my face in public now and then to maintain some kind of social life – but around my 23rd birthday, the pain and exhaustion forced me to spend more and more time in bed, while my mind was also getting weaker. I couldn’t concentrate or remember things properly, I couldn’t read books or reply to questions. I couldn’t even remember if I’d eaten or not, or who I’d just spoken to. Doctors couldn’t help at all. I know now that these were probably toxic mold symptoms, exacerbated by my pre-existing chronic illness and two decades of bad sleep, but at the time it felt like some kind of early dementia. I was angry at my steadily declining health so I decided to write the book I’d been waiting around to get well enough to write anyway. In order to do this, I had to do it quickly – and so I bought a couple of grams of heroin to alleviate the pain enough to concentrate and wrote the whole book in a few weeks. I then collapsed for about six months, and slowly re-edited it the next year. The content itself came very easily, since I always knew exactly what I wanted the experience of reading the book to feel like – it was just the physical act of writing that was hampered by my disability.

How did you create Leander? It seems he may be partly autobiographical, but where did the rest come from?
Leander was definitely inspired in some ways by the person I could have become – like an alternative me. But he was also an expression of what I was feeling, so I was using his story as a kind of metaphor for what I was going through I guess. Plus I’ve always been attracted to anti-heros – those elusive Loki-type tricksters. And at the same time, I wanted to write about a character who, due to his chronic illness and traumatic past, is somewhat invulnerable, or at least much more adaptive to traumatic situations than his antagonists could have expected. He can escape or even enjoy horrors that a healthy person would have been overwhelmed by. Oddly my main inspiration for the whole atmosphere of the book and maybe the main character’s psychology in general was Lady Macbeth, but I guess taken in a very different direction. 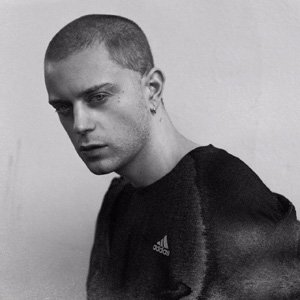 Myalgia is something that you suffer from as well – was it cathartic for you writing a character with this condition?
Yeah it was definitely cathartic to bring visibility to this invisible type of disability. Chronic pain belongs to a class of illnesses – including fibromyalgia, ME, and Lyme disease (all of which I’ve been diagnosed with at some point) – which are so horrific as to approach a living death, but which are broadly misunderstood as being rather mild, trivial illnesses. I wanted my novel to be like a scream, almost, to present the intensity of this experience in a way a healthy reader could understand, or a similarly ill reader could relate to. So myalgia became a significant leitmotif in the book, and is maybe even the experience that the book is fundamentally trying to convey.

How does fibromyalgia affect your life, your ability to write and your writing?
Well, fibromyalgia slowly weakened my body over a decade, until it was vulnerable to other infections such as black mold, meaning that now I’m probably at around a 2/10 level of activity. I haven’t been able to write for a year, and I can barely read more than a few pages a day. Carnivore was my chance to express my illness, but the writing of it greatly increased that illness. I’m working on getting some of my functionality back, but it’s very slow going. Maybe this autumn I’ll be able to write again. We’ll see!

Where do his synaesthesia and his hallucinations come from, such as the way he sees blue when he’s being struck, how the buildings break down and reconstruct themselves, or how his knees turn into turtles and crawl away?
Giving the main character synaesthesia was part of my aim of getting a reader to experience something that is otherwise hard to relate to. Simply writing ‘he was in pain’ doesn’t make you feel that pain in any way. But finding intense sensory comparisons for his pain enabled the character of that pain to be better articulated, I hope. I have synaesthesia, but mine only associates my myaglia with different colours. Leander’s synaesthesia blurs every sense with every other sense – tastes can become sounds, images can become scents, and vice versa and so on. The implication is that his suffering gives him an enhanced perception of the world around him, which is kind of what I experience too. Being so ill – especially mysteriously ill, with no medical explanation as to why – gives you a different relationship to reality. It’s almost like being high even when you’re completely sober. 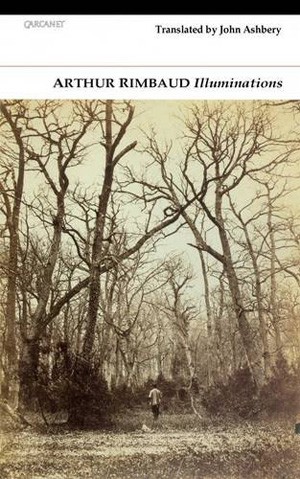 There are a great many classical references too – tell me about some of your favourite classical stories and poems, and how they fed into Leander’s thinking?
In fact, the type of synaesthetic imagery we were just talking about was partly inspired by Rimbaud’s Illuminations, which would have been one of Leander’s favourite texts. He often refers to literature, and usually credits the writer by name when he does, but the one time he makes a reference without also identifying the writer is for Rimbaud’s A Season In Hell – the implication being that this writer is so obvious an influence on him that it hardly needs to be stated. Leander also explains that he dropped out of school very young and so had to give himself his education – both about literature, but also about people in general – from books. This certainly influences his behaviour. He initially doesn’t really know how to engage with people as real people, he treats them like devices or characters within fiction. And he sees himself as a master of these fictions. Eventually this way of treating people is challenged so hopefully in the novel there is a sense of Leander’s evolution from one way of being in the world to another…

Tell us more about the worlds of fashion, art and photography which form a backdrop for parts of Leander’s journey.
I was vaguely connected to those worlds when I lived in London, but in Carnivore I was mainly interested in using those backdrops as a way of exploring how people in my generation present themselves and their identities… I guess social media is an extension of that game too.

Did you always intend to write a crime novel, and in what ways does the genre interest you?
I feel like the crime genre can be traced all the way back to Greek tragedies, since many of these crime genre story beats – murder, adultery, role reversals, fraught parental figures, etc – have been used for thousands of years to explore all kinds of ideas and feelings and realities. I think popular forms can be both entertaining and psychologically complex, if you want, and that combination is quite important to me. Leander experiences the world partly through genre – Carnivore is separated into five acts, to suggest the five acts of a revenge tragedy – which was itself just a popular genre for plays in Shakespeare’s time. I mean, literature doesn’t need to be boring or obscure!

How important is the book’s setting to you, and what is it that you wanted to show about London?
London could be understood as a Carnivore – maybe even the main one – alluded to by the novel’s title. I wanted to show what it’s like to come of age in modern London, during this housing crisis, and the wider crisis of capitalism. It’s eating us alive and it’s awful, basically.

What have you got coming up? Will we see another crime novel?
If I can get enough of my health back, there are quite a few projects I’d like to do. I’m working on a film, which will be similar in tone to this book, although more paranoid and claustrophobic. But the next novel may have a completely different tone – more of a warm golden summer feeling, a teenage love story, although with a dark heart of course – and it may even end up being a sort of secret prequel to Carnivore.