On the Radar — The big news this week is the return of Harry Bosch, in the 21st novel in the series by Michael Connelly. Staying in LA we have the second book featuring Joe Ide’s Long Beach detective, IQ. There’s a touch of futuristic Scandinavian crime fiction, an old English classic, and even three Christmas-related crime releases. Is it time to stuff those stockings?

Two Kinds of Truth by Michael Connelly
The whirlwind that is Michael Connelly has managed to write two novels this year, alongside his executive producer duties on the Amazon TV series of Bosch. First, he introduced a new character in The Late Show, now Harry Bosch is back in the 21st police procedural in the series. This novel sees him fighting to save his reputation as a straight-arrow LAPD cop. True, Bosch isn’t an LAPD cop any longer, but that doesn’t stop him and his half-brother Mickey Haller attempting to get to the bottom of things. Meanwhile, Harry’s skills are in demand after a double murder in San Fernando, where he works part time. He’s a past master at juggling plenty of balls in the air – but is one about to fall and shatter? Out 31 October.
Pre-order now on Amazon 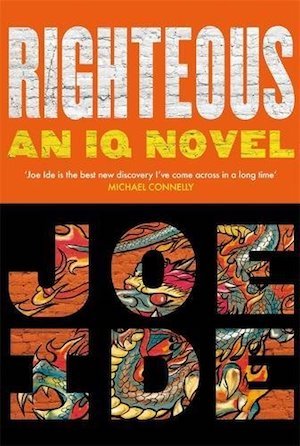 Righteous by Joe Ide
African-American teenager Isaiah Quintabe, known as IQ, is a private detective in East Long Beach, California. After a visit from his brother’s girlfriend IQ is rooting around LA massage parlours to find her missing younger sister. IQ’s brother died in a hit-and-run accident that was shrouded in doubts and the case tugs at that mystery. He has the company and banter of his dope-dealing pal Dodson alongside him as he applies his Holmes-style logic to the case. We reviewed the audiobook of the first novel to feature IQ here. Out now.
Buy now on Amazon 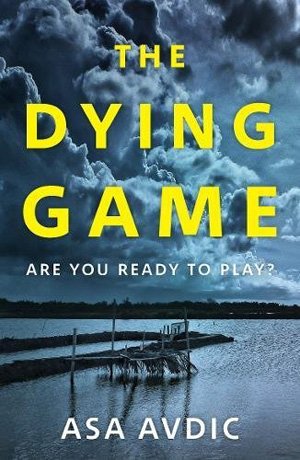 The Dying Game by Asa Avdic
New Nordic noir comes our way in the form of this psychological thriller from Sweden. With hints of The Hunger Games about it, Asa Avdic’s story is set in 2037. Anna Francis is sent to the remote island of Isola where she’s meant to stage her own death, then observe how six security job candidates deal with the idea that a murderer is among them. But could there be some sort of double-cross in play, because this dying game is not all that Anna has been led to believe. Out now for Kindle, and on 2 November in print.
Buy now on Amazon 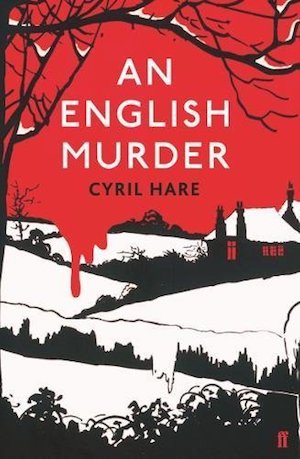 An English Murder by Cyril Hare
It’s approaching Christmas and an eclectic group of guests find themselves stormbound in snowy Warbeck. The phone lines are down in the English stately home and they are completely isolated. One of them is soon to die and they have to flush out the murderer from the party. The usual suspects line up but was it the butler? This book was first published in 1951 but Hare was renowned for his elegant and witty writing. Faber & Faber is now reprinting this Golden Age story that will appeal to any fans of the classic whodunnit. Out 2 November.
Pre-order now on Amazon 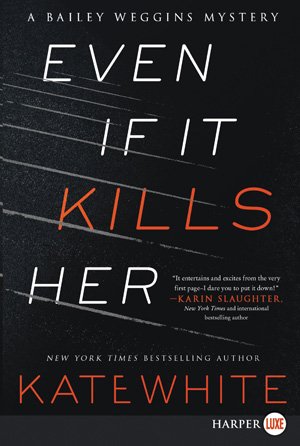 Even if it Kills Her by Kate White
Quirkily named true crime journalist-turned-sleuth Bailey Weggins is back, in a new mystery in which past and present collide with devastating consequences. Jillian Lowe was Bailey’s best friend in college, until tragic events tore them apart. Jillian left after her family were murdered and Bailey has always regretted their subsequent estrangement. So when Jillian reappears, wanting to use Bailey’s sleuthing skills, she jumps at the chance. But that hasty decision could put both of their lives in danger. Out 31 October.
Pre-order now on Amazon 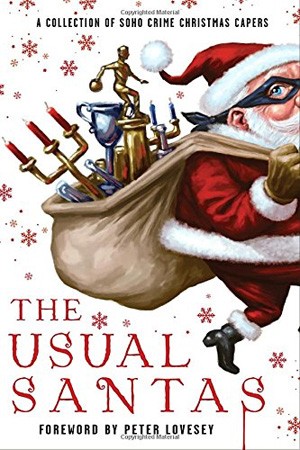 The Usual Santas
Mick Herron, Colin Cotterill and Stuart Neville are among 16 Soho Crime authors who have contributed to this holiday season anthology. A very wide variety of crime styles and settings are on show here, with one story including Niccolo Machiavelli, and another nine shopping mall Santas trying to determine which one is the impostor. The Sherlock Holmes canon is the basis of one tale, while Jane Austen appears in another. What unites them is that they’re all crime fiction. This ideal stocking stuffer could also be a trick or treat, coming out a week before Halloween.
Pre-order now on Amazon 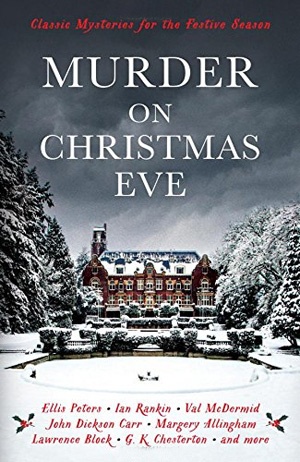 Murder on Christmas Eve
Deck the halls? Clear the decks, more like. Here come 10 more crime authors from various time periods, whose blood-dripping short stories have been collected together in a single volume that promises festive mystery and mayhem. GK Chesterton, Ian Rankin, Lawrence Block, Margery Allingham – you can tell by the names that various styles of crime writing are well represented here. Apparently, one story includes a cat who witnesses a murder, and another a Santa Claus with a grudge. Out 2 November.
Pre-order now on Amazon 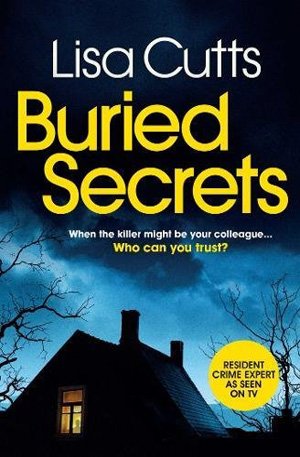 Buried Secrets by Lisa Cutts
Former copper Cutts has gathered a loyal following with her true-to-life police procedurals, and this book, the second in her series of East Rise Incident Room crime novels has all the hallmarks they’ve come to expect. DI Milton Bowman’s Monday commute ends abruptly when he is killed in a major car crash and his friend and colleague DI Harry Powell is given the job of telling Milton’s wife the bad news. But Linda Milton is dead too, with all indications that it was murder. Thus begins an investigation into the life of a colleague the East Rise team thought they knew so well. Out 2 November.
Buy now on Amazon

On the Radar: Cut to the crime fiction

By crimefictionlover
If you’re looking for a crime novel to sink into and drift away from the troubles of the world, you’ve come to the right place. Our weekly crime fiction news column brings you the latest from Chris Brookmyre, and it’s a standalone with a unique…