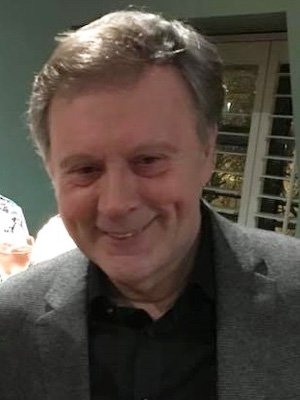 Crime fiction expert Barry Forshaw and Crime Fiction Lover. It’s like a match made in Ancient Babylon… or… something like that, anyway. A book reviewer for the national papers, and an author who has written guidebooks to British, European and Scandinavian crime fiction, Barry Forshaw’s latest work is Historical Noir. The book is published on 26 April 2018, and to introduce you to some of the expertise you’ll find inside we asked Barry to provide us with a tour through the ages, pinpointing some of the best historical crime fiction available. Now it’s over to Barry…

There is now an army of historical sleuths operating from the mean streets of Ancient Rome to the Cold War era of the 1950s. And this astonishingly varied offshoot of the crime genre is winning a slew of awards, notably the CWA Historical Dagger. After Umberto Eco’s The Name of the Rose (1980) and the Ellis Peters Brother Cadfael novels (beginning in 1977), the genre began to awaken commercial interest among a variety of publishers. Further attention accrued when impressive writers began to enrich and expand the genre, gleaning a variety of heavyweight awards (such as Andrew Taylor with his epic The American Boy, which featured a youthful version of the man who invented the detective genre, Edgar Allan Poe). The reach of the genre is as wide as history itself, from the ancient world (with such writers as Lindsey Davis, Steven Saylor and Ruth Downie) to the Tudor period (stomping ground of multi-prize-winning CJ Sansom, SJ Parris/Stephanie Merritt and beyond. 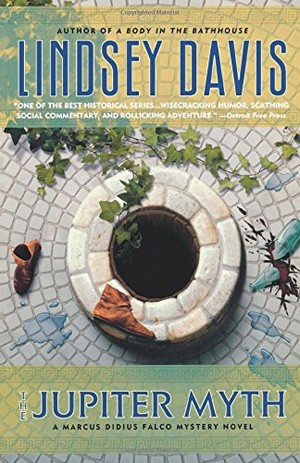 The Jupiter Myth by Lindsey Davis
For many years Lindsey Davis has been one of the most reliable names in the realms of the historical thriller – few would argue with the proposition that she is the market leader in the ‘crime in Ancient Rome’ subgenre. Her books featuring the intelligent Roman sleuth Falco marry a great deal of authentic-seeming historical elements with storytelling nous of a rare order. The Jupiter Myth followed such earlier Falco novels as Ode to a Banker, and is just as enjoyable as its predecessors. Falco is on a holiday trip with relatives in Britain when he finds himself in familiar murderous territory: he’s soon involved in a savage killing.
Buy now on Amazon 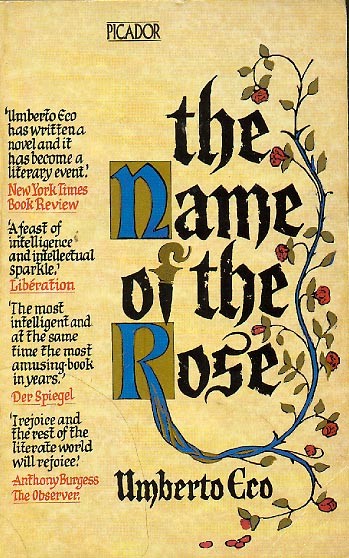 The Name of the Rose by Umberto Eco
Without the Italian author Umberto Eco and his monumental, highly influential novel The Name of the Rose (published in English in 1983), the whole modern notion of historical crime fiction as a distinct, marketable entity might not exist. Though its length and daunting nature have ensured that there are plenty of people who haven’t finished it. It is a ground-breaking combination of detective fiction, historical novel, literary novel and philosophical treatise. Italy in the 14th century. William of Baskerville is a Franciscan monk in Italy who becomes involved when various fellow monks are killed in a multiplicity of ways. This dangerous investigation opens up a richly detailed picture of the Middle Ages, monastic orders and the murderous religious disputes of the day. It was also turned into a successful film staring Sean Connery and Christian Slater by director Jean-Jacques Annaud.
Buy now on Amazon 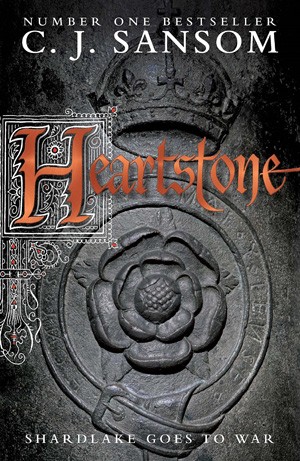 Heartstone by CJ Sansom
Setting Heartstone in Tudor England, CJ Sansom is the gold standard for historical crime fiction. A variety of writers elbow for position at the top of the tree, but for many aficionados one name has maintained an unassailable pole position for some considerable time: the British novelist CJ Sansom, a man who shuns the limelight of publicity. His lengthy, energetic and fastidiously organised novels featuring the canny hunchbacked lawyer Matthew Shardlake are catnip to those who seek something a little more challenging in the field, and it’s not difficult to see why. A great many of Sansom’s books (among which number Dissolution, Sovereign, Dark Fire and Revelation) are genuinely epic in their scale. In Heartstone, Shardlake is presented with a difficult case via an elderly servant of Queen Catherine Parr, one that will plunge him into the labyrinthine toils of the King’s Court of Wards.
Buy now on Amazon 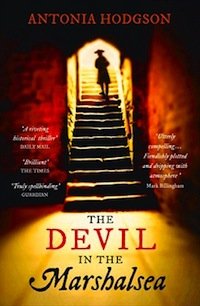 The Devil in the Marshalsea by Antonia Hodgson
Antonia Hodgson proved with her first novel, The Devil in the Marshalsea, that she was, at a stroke, one of the most impressive practitioners of historical crime fiction, fully deserving the breathless encomium from Jeffery Deaver on the jacket. Her territory is London in 1727, and her protagonist, Tom Hawkins, has been enjoying the fleshpots of the capital, luxuriating in the brothels, coffee houses and gambling dens. But he is about to enter a world grimly familiar to anyone who reads Charles Dickens: the debtors’ prison, Marshalsea. As sweepingly evoked by Hodgson, this is virtually an entire city within stone walls, with its own ruthless rules and hierarchies. Read the CFL review here.
Buy now on Amazon 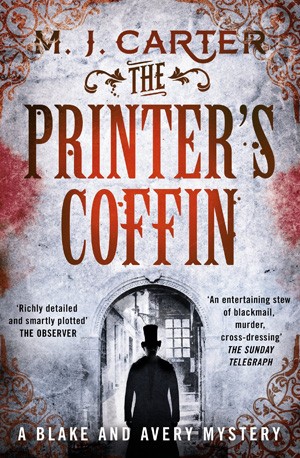 The Printer’s Coffin by MJ Carter
MJ (Miranda) Carter’s writing career has taken off on surprising tangents: biography (a book on the duplicitous Anthony Blunt), history (The Three Emperors), then a header into ripping yarn territory with the deliriously enjoyable The Strangler Vine, which fused Wilkie Collins with Sax Rohmer via Conan Doyle. That book introduced her ill-matched sleuths Jeremiah Blake and William Avery in a colourful Victorian India. The Printer’s Coffin, the second outing for the duo, is even more fun, with the same audacious blend of derring-do and elegant writing. Back from India, Blake and Avery find Britain in 1841 a changed place and struggle to readjust, not least to the English cold. But a series of brutal killings in the world of London’s yellow press re-energises their faltering association as they track down a killer enjoying the protection of people in high places.
Buy now on Amazon 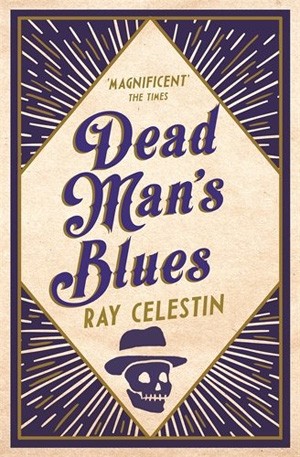 Dead Man’s Blues by Ray Celestin
With a variety of unlikely real-life figures being dragooned as sleuths in crime fiction, perhaps jazz trumpeter Louis Armstrong is not such a stretch – Ray Celestin’s remarkable and much-acclaimed debut novel places him as one of a group on the trail of a serial axe murderer in early 20th century New Orleans. The Axeman’s Jazz gleaned prizes and sports an acute sense of period, shored up by an echo of the sound of early jazz – no easy thing on the page. Its lively successor, Dead Man’s Blues, which also features Louis Armstrong, moves forward to Chicago in the 1920s.
Buy now on Amazon 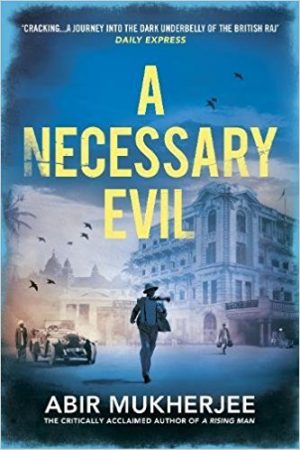 A Necessary Evil by Abir Mukherjee
Abir Mukherjee’s first Captain Sam Wyndham novel, A Rising Man, was widely praised as an odyssey into the dark underbelly of the British Raj in 1919. In his second, equally successful novel, A Necessary Evil, the heir to the throne of a fabulously wealthy kingdom is both liberal and a moderniser and has (unsurprisingly) upset the hard-line religious elements of his country; Mukherjee draws some provocative modern parallels with theocratic intolerance. The heir is assassinated in the presence of Captain Wyndham and the investigation that follows proves to be very dangerous indeed. Defeating the dread ‘second novel syndrome’, A Necessary Evil is every bit as lively and mesmerising an experience as its predecessor.
Buy now on Amazon 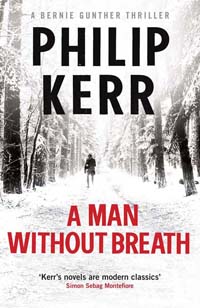 A Man Without Breath by Philip Kerr
Kerr’s striking Berlin Noir trilogy featured the German detective Bernie Gunther both before and after World War II. In the later A Man Without Breath, the year is 1943. Bernie has a new job at the German War Crimes Bureau in Berlin. There are unsettling reports of a mass grave in a forest near Smolensk, rumours that are validated when a wolf unearths human remains. Polish officers killed by the Russians? This would play into the hands of the regime: a propaganda victory over the Russians. And there is one man who will be able to discern the truth: Bernie Gunther. But Bernie is to find – as so often before – that the truth is not always a welcome commodity. We were saddened to hear of the author’s passing last week.
Buy now on Amazon 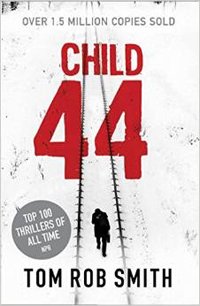 Child 44 by Tom Rob Smith
Forget the underachieving film with its cod Russian accents — Child 44 is a wonderfully accomplished novel. The setting is the Soviet Union in the year 1953. Stalin’s reign of terror is at its height, and those who stand up against the might of the state vanish into the labour camps – or vanish altogether. With this background, it is an audacious move on Tom Rob Smith’s part to put his hero right at the heart of this hideous regime, as an officer in the brutal Ministry of State Security. Leo Demidov is, basically, an instrument of the state – by no means a villain, but one who tries to look not too closely into the repressive work he does. It’s a superb debut.
Buy now on Amazon 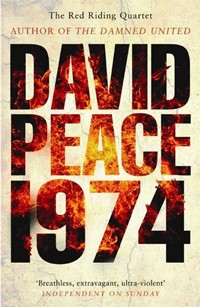 The Red Riding Quartet by David Peace
Toweringly original, gritty and groundbreaking, David Peace’s magnum opus remains the celebrated and influential Red Riding Quartet (successfully adapted for television), beginning with the caustic Nineteen Seventy Four and Nineteen Seventy Seven and continuing with Nineteen Eighty and Nineteen Eighty Three. The ambitious and sprawling quartet deals with the corruption that was so common in the police force in that period, and his antiheroes traverse a society where justice is elusive. The author’s youth in Ossett during the hunt for the Yorkshire Ripper was powerfully used as the basis for the Red Riding Quartet.
Buy now on Amazon