A tribute to Philip Kerr 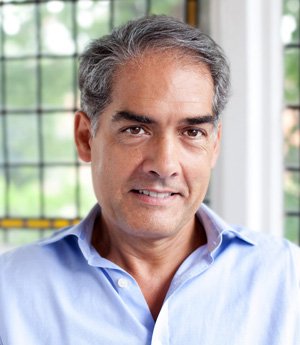 Crime fiction lovers were stunned and saddened to learn yesterday of the death of Philip Kerr, one of the UK’s leading authors of historical crime fiction.

Born in Scotland and a graduate of the University of Birmingham, Kerr was a copywriter with the advertising agency Saatchi & Saatchi until he started writing crime fiction in the 1980s. His debut, March Violets, arrived in 1989 and began the Berlin Noir trilogy of books. It introduced Bernie Gunther, an investigator with the Kriminalpolizei who has an instinct for justice but must carry out his work during the political turbulence of the 1930s in Germany. As Hitler comes to power, Gunther and his colleagues must join the Sicherheistdienst – the intelligence arm of the SS. In 1990 and 1991 respectively, The Pale Criminal and A German Requiem were published, continuing Gunther’s story. The first two books in the series are set before World War II, while A German Requiem takes place in 1947.

Between 1992 and 2006, Kerr wrote a range of standalone novels including Dead Meat, The Shot and A Philosophical Investigation, before returning to Bernie Gunther’s story. In 2006, The One From the Other continued Gunther’s post-War story in the year 1949, and amid the chaos Gunther is a private detective helping a woman find her missing husband. The sixth Bernie Gunther novel, If the Dead Rise Not, won the CWA Ellis Peters Historical Dagger for the author in 2009. Bernie Gunther novels became a sought-after commodity with reprintings of Berlin Noir feeding public fascination in the character. Kerr’s books now appear in 36 languages. 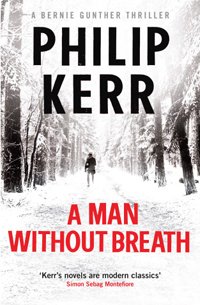 The War itself
After taking Gunther’s story into the 1950s, Kerr finally decided to show his readers what the War was actually like for a detective whose conscience could not be part of Hitler’s programme, but who as a German detective was forced to work in amongst some of the worst perpetrators. Through Gunther’s eyes, we witness both the physical and psychological conflict that goes on under a totalitarian regime. Published in 2013, A Man Without Breath was the first Bernie Gunther novel reviewed on Crime Fiction Lover. It takes us back to 1941, and Gunther is sent by Goebbels to investigate a real war crime – the murder of 4,000 Polish officers in the Katyn Forest. This was the first of four five-star reviews Philip Kerr’s Bernie Gunther books have received on the site. See also The Lady from Zagreb, The Other Side of Silence and Prussian Blue.

On 3 April, Kerr’s latest Bernie Gunther novel, Greeks Bearing Gifts arrives, and as with Prussian Blue we’ll return to Gunther’s post-War storyline. He’s an insurance company investigator, sent to Greece to look into a sunken vessel and an insurance claim. When it turns out the ship was owned by a Jewish man who was sent to Auschwitz, and the ship’s current owner is found dead, the insurance claim is void but Gunther is able to get back to more meaningful detective work.

Philip Kerr was also known for his Scott Manson novels, set in contemporary London and featuring a private detective of mixed race who tries to solve mysteries in the world of professional football. False Nine was reviewed here in 2015.

The author will be much missed in the genre and beyond. His ability to weave together real historical events with criminal intrigue – including some of the greatest and some of the most evil characters of mid-century world history – is virtually unmatched. He was also a writer who conveyed great humanity, and the big moral question of ‘What would I have done?’ is writ large across the Bernie Gunther series. Rest in peace.

By Paul Burke
The Cold War hasn’t been this popular with spy writers since the Berlin Wall came down in 1989 but readers are delighted by its resurgence on the page. While ITN news reader Tom Bradby is best known for his contemporary Kate Henderson trilogy, here he’s…
Features

By crimefictionlover
Out today we have a new novel that will delight fans of historical crime fiction and the espionage genre. Gods of Deception is a 928-page epic written by David Adams Cleveland, and it delves deep into what was one of the biggest trials of the…