You might not hear quite as much about Ann Cleeves as you do about some of Britain’s other leading crime authors, but if you’re not picking up her books you are missing out. Since 1986, Ann has written over 30 of her insightful mysteries, been translated into 20 languages and in 2006 she won the CWA Gold Dagger for Black Raven, the first of her Shetland crime novels. Both her Shetland and Vera Stanhope series have been adapted for television, and the latest Ver novel, The Seagull, is flying high in the charts at the moment. Having appeared at Bouchercon in Toronto this autumn, Ann Cleeves is now putting the finishing touches to the final book in the Shetland series. However, we managed to corner her for a long overdue interview…

First of all, can you tell us a bit more about The Seagull?
The Seagull is set in my home of Whitley Bay and is a celebration of faded seaside towns as well as a crime novel. Vera is asked by an elderly prisoner to look out for his daughter and grandchildren. In return, he gives her information about the disappearance of a criminal who’d once been a friend of her father. We learn more about Vera, her early struggles as a police officer and her relationship with her father. As with many of my books, the novel is a lot about families.

Was there always going to be a series of Vera novels? Has her popularity surprised you?
No, the first Vera book The Crow Trap was planned as a stand-alone novel. In fact, Vera herself doesn’t appear until a third of the way through a rather long book. But then I realised how much I enjoyed writing about her and I couldn’t stop… Her popularity has a lot to do with Brenda Blethyn’s portrayal of her on television. There’s such affection for the show wherever it’s shown. I think that’s because there are plenty of middle-aged women who are competent at their work and don’t particularly care what they look like. They love to see and to read about someone who represents their values. Lots of men and younger women enjoy the character too though. In one sense, she’s the classic crime fiction outsider 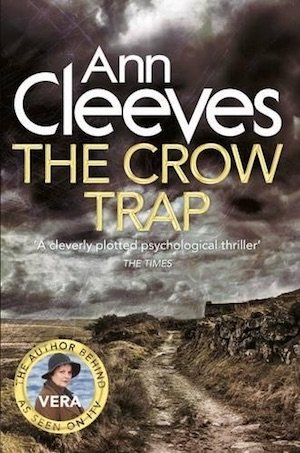 How did the books get onto TV?
Quite by chance. Elaine Collins, the books executive at ITV studios, picked up a copy of The Crow Trap in an Oxfam shop close to her home. ITV was looking for a show with a strong female lead to replace Frost on a Sunday night.

What do you think of the Vera television series?
I think I’ve been incredibly lucky because the show captures absolutely the atmosphere and the characters in the books. The decision to film where the books are set is important to me and to Elaine, who went on to become executive producer. I love the fact that the drama is attracting visitors to the area and providing work for local people.

Does Brenda Blethyn’s portrayal of Vera have any influence on how you write her?
Brenda’s Vera is my Vera. I think that we influence each other. I hear Brenda’s voice in my head now when I write dialogue. Brenda has read The Seagull. She said it was a bit weird, like reading the story of her own past.

Do you already have a plan for future books in the series? How do you keep the characters fresh?
There will definitely be more Vera books. I have vague ideas for the next novel, but nothing concrete. In my head, I’m firmly in Shetland at the moment, because I’m writing the last book in that series. I think I keep the characters fresh by giving them new challenges.

With two successful series running in tandem, do you have to reacquaint yourself with the main characters before beginning work on the book?
I do a bit, but it’s like meeting up with old friends after not having seen them for a while. I think I would get bored if I only wrote one series set in one place.

Tell me a little about your background and how you came to crime fiction writing in the first place?
I grew up almost as far as you can get from Northumberland – in Devon. If I’d set about getting experiences to feed into fiction I couldn’t have done better, though it all happened by chance! I’ve looked after kids in a council estate in London, run a women’s refuge, been an auxiliary coastguard and a bird observatory cook. I also trained as probation officer. But the most important thing was that I read. I started writing when my husband and I were the only residents of a tiny tidal nature reserve off the Wirral Peninsula. There wasn’t much else to do. 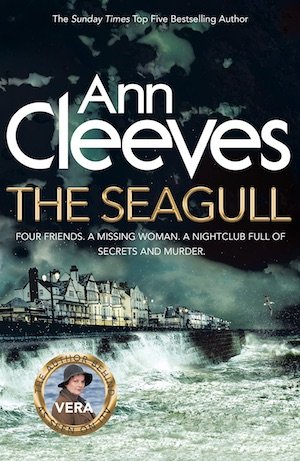 Do you meticulously plot the story before you begin work or is it something that develops as you write?
I don’t plan at all. For the first 20 years of being published I had no commercial success, so it had to be fun. Meticulous plotting wouldn’t have been fun.

How do you write? Do you need a set time and place to work comfortably? Do you adhere to a daily word count or just see where the muse takes you?
I wish I had the sort of life that allowed me to set time aside to write every day, but I have quite a chaotic life with six grandkids and a lot of travelling now for work. I write best in the mornings when the house is quiet. I don’t usually write more than 1200 words a day, because I struggle to concentrate past that.

Do you enjoy reading crime fiction or is it a busman’s holiday? Whose work do you enjoy and why?
I love reading crime fiction!  Most recently I’ve been re-reading Louise Penny because I was interviewing her at Bouchercon in Toronto. Her books are deceptive and brilliant, quite different from anyone else writing in the genre. There’s been some great new talent in the last couple of years; Emma Flint, Caz Frear and Abir Mukherjee are recent favourites. And nobody makes me laugh like Mick Herron.

What’s next for you?
I’m touring Canada this month and I’m visiting a small literature festival in Norway at the beginning of November. And of-course I have this Shetland novel, Wild Fire, to deliver before Christmas. But I love every moment.

In 2016, Ann Cleeves won Iceland Noir’s Honorary Award for Services to the Art of Crime Fiction. She told us about her favourite classic crime novels here.