Leye Adenle is a Nigerian crime fiction writer and actor now living in London. In his first novel, Easy Motion Tourist, he introduced the dark side of Lagos with a via Guy Collins, a British journalist abroad, and the case of a woman’s mutilated body. Since then, the author has contributed to the anthologies Sunshine Noir and Lagos Noir, and now his second crime novel has hit the shelves. When Trouble Sleeps is published by Cassava Republic Press, and we invited the author over to tell us more about it?

Corruption, politics, sex scandals, street violence – you tackle so many themes in When Trouble Sleeps. What is the story about, in a nutshell?
When a famous politician dies in a plane crash, his party hastily picks a replacement who is all but certain of becoming the next governor of Lagos State. There’s only one problem: Chief Ojo has got many secrets, the kind that that would cost him the governorship and his freedom. Our main protagonist, social activist Amaka Mbadiwe, knows his dirty secrets, and he knows that she knows – especially what he did at the Harem, a secret sex club owned by dangerous thug Malik.

Otunba Oluawo, the leader of the political party and also Ojo’s father-in-law, must find Amaka before she can reveal the things she knows. He sends thugs and assassins to do the job. Malik is also after her so he can have his own revenge. Ojo must find her before any of them, and silence her, so that no one will ever learn the true extent of what she has on him. Amaka must survive long enough to reveal the secrets she knows. She comes up with a plan to bring them all down, but it requires that she gets her hands dirty, and it could all still go wrong. 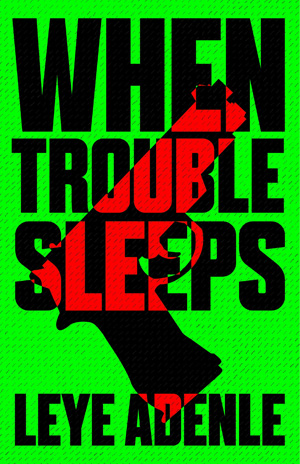 You give a gritty, unflattering portrait of Lagos and beyond. How has your work been received in Nigeria?
Lagos is such an amazing place that it’s no surprise that more writers are choosing to set their stories there. Like any other mega city, she’s got her good parts, her not so good parts, and her made-in-hell parts. So far, no one from Lagos has complained about my portrayal of the city, both the good and the nasty.

This is the second novel, after Easy Motion Tourist, in which Amaka is your leading character. Who or what was your inspiration for her?
Amaka is a composite character of some of the amazing women I know and admire. She even got her name from one of them.

The way you focus on social issues is reminiscent of Nordic noir. Is that one of your inspirations, and how is Nigerian noir different?
All writing inspires me. There are so many great authors out there, turning out such great books. It’s like an endless supply of stimulation and inspiration. It would be foolish not to take advantage of that. I had written my first book, Easy Motion Tourist, before I discovered Stieg Larsson and in Lisbeth Salander. I couldn’t help but draw similarities between her and Amaka. That similarity in spirit between the two characters inspired me.

Naija noir is a sub-genre of Sunshine noir, crime fiction set in hot places because “the shadow is darker where the sun shines brighter.” All crime fiction derives from the same source – the dark heart of the human being, and that is the same anywhere in the world.

You said once that it is high time that African literature went beyond literary fiction and starting expanding in genre fiction. It feels like South Africa is doing a good job with its crime fiction, but the rest of the continent is still waiting to be discovered. What authors or books would you recommend for our crime fiction lovers?
Oyinkan Braithwaite’s debut, My Sister the Serial Killer, is a superb novel. I’m also excited by the amazing works of Hawa Golakai, Mukoma Wa Ngugi, Kwei Quartey and Toni Kan, just to mention a few. And there are loads more! Loads! Amazing writers writing great crime fiction in Africa. It’s almost like the best kept secret in literature.

What are your future plans for Amaka and what are you working on now?
The third book in the series is on its third draft now.

By crimefictionlover
No Plan B is a great title for a Jack Reacher book because, as crime fiction lovers know, Lee Child’s awe-inspiring rogue crime buster knows only one way forward. He doesn’t need a backup plan… or does he? Either way, this force of nature is…
PrintReviews

By Paul Burke
The Strangers of Braamfontein is one of those crime novels that hits you in the gut and before you can recover another powerful blow is delivered. It’s a story of corruption, gangland violence, sex trafficking, modern slavery and murder. All of this is seen from…
Book Club