While the wave of superb Scandinavian novels been the buzz in crime fiction for a good while, and you have new trends like Korean crime novels beginning to bubble to the surface, few have noticed the gritty, blade-on-your-throat crime fiction emerging from Nigeria today, by writers like Adaobi Tricia Nwaubani (pictured). These novels have that pulse and energy you get from classic noir, but they simultaneously play with genre tropes, subverting them, bending the craft to suit the peculiarities of modern Nigeria. Reading these books, you get a sense of what crime fiction used to be and what it’s going to become, with an interesting African vibe giving the stories some extra texture. 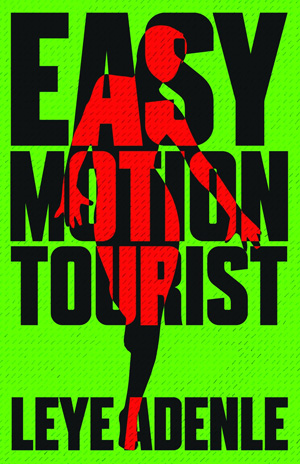 The striking title of this debut novel comes from the song by highlife music’s pioneering legend Fatai Rolling Dollar who passed away in 2013. The French translation, Lagos Lady, won the 2016 Prix Marianne award and Adenle’s stature in crime fiction is steadily growing. In the novel, when prostitutes start getting murdered on the streets of Lagos, the cops aren’t interested. Guy Collins, a British hack, not above lying about his credentials, is way out of his depth when he goes to check out the mutilated body of a murdered woman and is picked up as a suspect. He falls in with Amaka who’s the guardian angel of the working girls in the city, but as the body count continues to mount, caught between corrupt cops and sinister politicians, Collins would have been better off staying in sunny England. Electrifying and fast paced, this isn’t one for the squeamish. A much-anticipated sequel is currently in the works, awaiting release. This could be the start of a very interesting series.
Buy now on Amazon 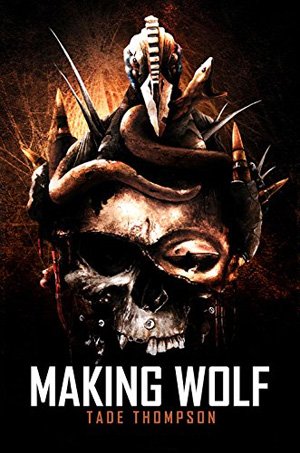 This novel was first published by the speculative fiction publisher Rosarium and marketed as sci-fi. Tade Thompson is a rising star in that genre and Making Wolf picked up the Golden Tentacle for a Debut Novel at the 2015 Kitschies. But, the thrust of the novel leans so heavily on crime that it joins a host of quality crossover books like China Mieville’s The City and The City or Richard K Morgan’s Altered Carbon. In the novel, Weston Kogi is a security guard in London, but when he goes back home he tells people he’s a detective with Scotland Yard – as you do. White lies tend to have extreme consequences in Nigerian noir, and so Weston finds himself hired to investigate the murder of local hero Papa Busi. Failure isn’t an option, especially in the middle of a civil war with rival armed factions who all have a stake in the outcome of the investigation. The body count in this novel makes Tarantino seem like a choir boy. If you love your eggs hard-boiled, this book is just for you.
Buy now on Amazon 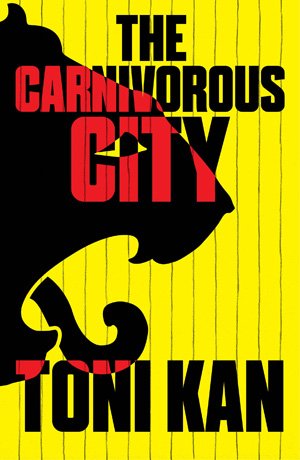 This one’s a love letter to Lagos and she’s the kind of city more likely to headbutt you in the mouth than to kiss you. The author Toni Kan is widely known by his moniker The Mayor of Lagos in Nigerian literary circles and cut his teeth as a poet, magazine editor and literary novelist before a mid-career foray into crime. The book is about Abel Dike, a small-town teacher with a suitably boring life in the countryside. When he gets called to the city to look for his missing younger brother Soni… you know how that all goes. Soni’s no darling, a criminal who’s done some crazy things, and this book gives you no one to root for. There are no good guys or bad guys, we don’t yet have the vocabulary for this new kind of morality. Running parallel to the missing persons investigation is an investigation into the soul of Lagos itself. If you like literary crime a bit gonzo, it’s all in The Carnivorous City.
Buy now on Amazon 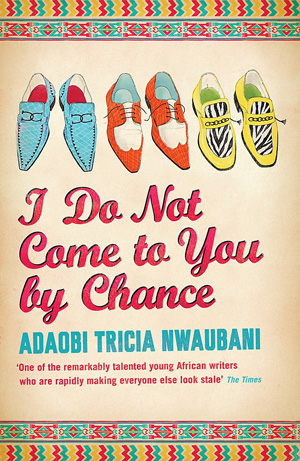 Lost your life savings to a Nigerian prince who was going to give you a hundred million? Welcome the world of 419ers. Silicone valley, sit your down, who needs to learn coding when they can make a bundle composing emails? Kingsley, our hero, has an engineering degree and no job to show for it until the larger than life Cash Daddy recruits him to the Yahoo Boys. And Kingsley proves to be a poet among scammers. In the classic noir sense of the villains as heroes, you will fall in love with this expansive cast of characters, even as they siphon your bank account. This is an intelligent, ROFL funny novel with big heart and was the winner of the 2010 Commonwealth Writers Prize for Best First Book (Africa). Nwaubani, a journalist by profession, had first hand access to 419ers while researching the novel giving it that truly authentic feel.
Buy now on Amazon

Satans and Shaitans by Obinna Udenwe 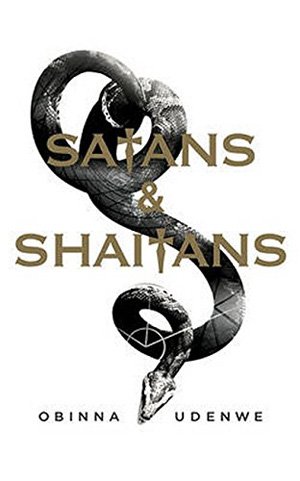 Maybe Nietzsche was right and God is dead, but the Devil is alive and well in this debut novel. The youngest writer on this list, Udenwe established a reputation in Nigeria for writing short fiction and has never been shy of breaking taboos, especially with his novella Holy Sex, which created a lot of discussion in the African literary readership. Faith and vice are recurring themes for Udenwe and in this novel Chief Donald Amechi and world acclaimed televangelist, Chris Chuba, both members of the Sacred Order of the Universal Forces, have a plan for nationwide domination that would put the Illuminati to shame. Suicide bombings, politics, extortion, religion, whatever it takes to get the job done. But being bad is complicated when you have children, so when Chuba’s daughter Adeline is murdered, well… If you love conspiracy theories or the occult, this novel will cater to your dark, lurid tastes.
Buy now on Amazon

Tendai Huchu is a Zimbabwean novelist based in Edinburgh, Scotland. He has published crime fiction in Ellery Queen Mystery Magazine, Thuglit, Mysterical-E and elsewhere. He is currently working on his next novel. Find him @TendaiHuchu or www.tendaihuchu.com.

By crimefictionlover
No Plan B is a great title for a Jack Reacher book because, as crime fiction lovers know, Lee Child’s awe-inspiring rogue crime buster knows only one way forward. He doesn’t need a backup plan… or does he? Either way, this force of nature is…
PrintReviews

By Paul Burke
The Strangers of Braamfontein is one of those crime novels that hits you in the gut and before you can recover another powerful blow is delivered. It’s a story of corruption, gangland violence, sex trafficking, modern slavery and murder. All of this is seen from…
Book Club