The strength in depth of New Zealand’s crime fiction has already featured on the site and in March we picked 12 Kiwi authors to try, so choosing the winners of the annual Ngaio Marsh Awards must prove quite a test for the judges.

Nevertheless, they’ve come up with a juicy selection for 2018, and there’s a distinctly rural vibe, with Alan Carter and Jennifer Lane’s winning books both involving deadly deeds set against small towns and rural landscapes. 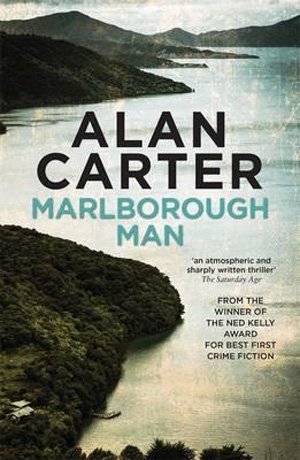 Carter scooped the Best Novel prize for Marlborough Man, a thrilling tale centred on an ex-undercover agent from England trying to resettle into a quieter life far distanced from his dangerous past, and now he’s a country cop patrolling the seemingly idyllic valleys and waterways of the Top of the South. Meanwhile, Lane’s debut novel All Our Secrets grew out of one of her short stories, evolving over more than a decade of work. Gracie is a bullied adolescent from a troubled family in the fictional Australian town of Coongahoola. When the town’s famed River Children start vanishing, Gracie knows what no-one else does: who is responsible.

Aussie connection
Both Carter and Lane spent significant chunks of their lives in Australia before choosing to make New Zealand their home. Carter, originally from the north of England, won a Ned Kelly Award for his debut crime novel in 2011, before crossing the Tasman Sea to live on a farm in a valley in Marlborough in recent years.

“It has been another remarkable year for New Zealand crime and mystery writing,” said Ngaios founder Craig Sisterson. “We had a record number of entries, a big influx of exciting new voices, and the welcome return of some of our great crime storytellers from the 1990s and early 2000s, including Stella Duffy and Edmund Bohan.”

By DeathBecomesHer
It’s a great time to discover some new New Zealand crime fiction – and what better place to start than with the 2021 Ngaio Marsh Award winners? A pared-down online event held at the weekend revealed the recipients in an unprecedented four categories – Best…
KindlePrintReviews