We want The Wanted

On the Radar — You know when you see something and all you can say is: “WANT!”? Well, that’s what it’s going to be like for many readers of detective fiction when they see The Wanted by Robert Crais. The title aptly suggests the reader’s reaction, and relates to the story too. And it seems as though there’s even more clever stuff inside if the news we’ve got about the book is anything to go by. In addition, this week we bring you news on two new Scottish crime novels, the latest from Dean Koontz, and more…

To receive our crime fiction update to your inbox every week, sign up to our newsletter here. 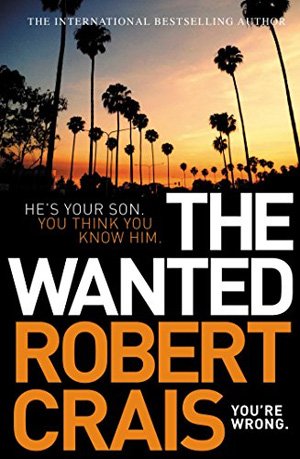 The Wanted by Robert Crais
The private detective Elvis Cole is back in what sounds like a strictly old school case. A mother is growing suspicious of her 17-year-old son’s new found wealth – specifically a $40,000 Rolex she discovered under his bed. Cole follows the trail and connects young Tyson to 18 burglaries across LA’s richest neighbourhoods. The boy goes on the run, and then things take a turn for the darker. Bodies start turning up and Tyson is a wanted felon. It’s out 26 December in the US, and 28 December in the UK for Kindle – watch for our review soon. We reviewed the previous Elvis Cole novel, The Promise, last year.
Pre-order now on Amazon 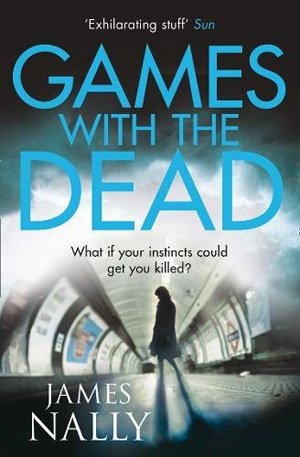 Games With the Dead by James Nally
This is the third in a highly-praised series featuring the complex and compelling DC Donal Lynch, insomniac and functioning alcoholic. Lynch finds himself in the firing line when a ransom handover goes fatally wrong. He was the man with the money, and it’s his head on the block when the handover hits the buffers and the hostage is found dead. The more Lynch digs into the case, the more off-kilter it appears. With everyone seemingly against him, can he catch the killer and clear his name? Out 28 December.
Pre-order now on Amazon 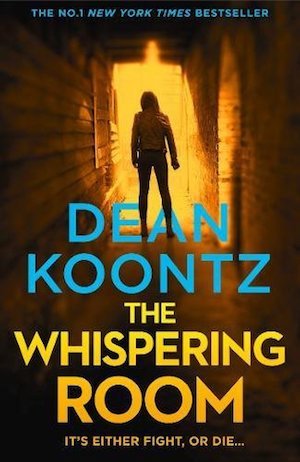 The Whispering Room by Dean Koontz
FBI Agent Jane Hawk is back for the follow up to The Silent Corner and the second in a trilogy. Her husband killed himself but Hawk is determined to find the people responsible. She is prepared to go rogue, beyond the law, to get to them. Her young son is in hiding and she’ll need to tackle a conspiracy that has murdered dozens of people as they plan to unleash a terrifying technology that will guarantee them global power. Hawk is a formidable heroine and we can expect an action-packed page-turner from Koontz. Released 28 December.
Pre-order now on Amazon 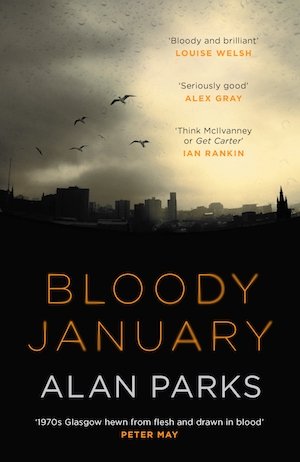 Bloody January by Alan Parks
The underbelly of Glasgow has always been savage and we find ourselves back in the 1970s for a dark police procedural laced with corruption. Detective Harry McCoy is investigating a murder-suicide after a teenage boy guns down a young woman in the middle of the city before turning the weapon on himself. A wealthy family, the Dunlops, run a secret society and no-one, including his boss, wants him to get too deep. McCoy is just the kind of anti-hero to shake things up in a grim noir portrait of a bloody Glasgow. Out 28 December.
Pre-order now on Amazon 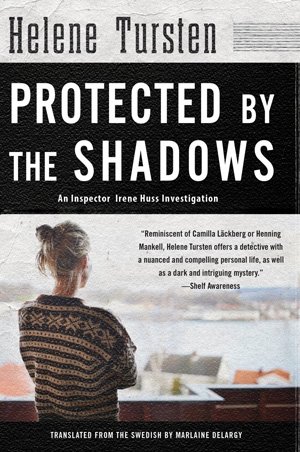 Protected by Shadows by Helene Tursten
Out now for Kindle and as a hardback, Protected by Shadows is the final novel in the author’s Irene Huss series, set in Göteborg, Sweden. The city is about to erupt into gang warfare after a motor cycle club member is burned alive. The Organised Crime Unit and the Violent Crimes Unit must unite their forces, and when they are patrolling a party staged by one of the gangs another murder occurs. The violence is getting closer to home for Irene Huss, too. A bomb is placed under her husband’s car, and she’s being stalked. Can you handle this new Nordic noir thriller?
Buy now on Amazon 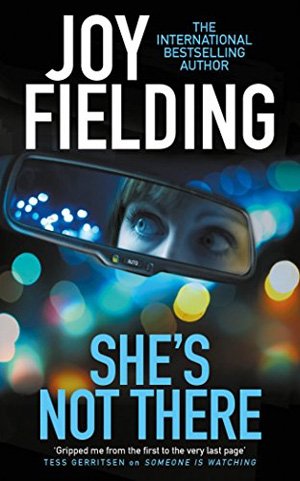 She’s Not There by Joy Fielding
Fifteen years ago, Caroline Shipley’s toddler daughter was kidnapped while they were on holiday in Mexico. Now a young woman has made contact, claiming to be the missing girl. Is she really Samantha? As Caroline digs deeper into this coldest of cold cases, she begins to doubt the veracity of everything she previously held as true in this taut psychological thriller from the author of New York Times best-sellers The First Time and Kiss Mommy Goodbye. Out now.
Pre-order now on Amazon 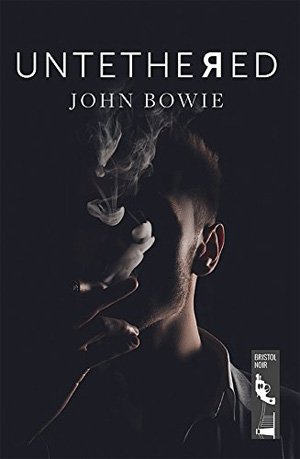 Untethered by John Bowie
This self-published novel by Bristol graphic designer turned author John Bowie is set in the 1990s and the main character is also called John. He’s in a witness protection programme and, bored with life, decides to become a private detective. His first case is brought to him by a neighbour – find the femme fatale Cherry. As her disappearance takes him through the pubs, clubs and the seedier side of the city, John discovers that the secret to the case might lie with him – his past and his very identity. Out now.
Buy now on Amazon

By DeathBecomesHer
There’s a balancing act to be performed while reading the House at the End of the World. You may need to keep a dictionary at hand to fathom out some of the little-used words that this author sprinkles liberally through his prose – but on…
News

On the Radar: A novel sense of otherness

By crimefictionlover
If there’s a loose theme tying the five releases we document this week, then perhaps it’s a sense of otherness. It’s a feeling that certainly comes through in latest novels by those American greats Dean Koontz and Bret Easton Ellis, while debutante Charlotte Vassell writes…
Features

By Paul Burke
Crime novels trump all else for me and we have had another great year of reading about the darker side of human nature. Looking back over the books I have reviewed in 2022 these are the ones that stick with me. They provided the purest…