If the difficulty of choosing a top five for 2017 is anything to go by then it’s been a bumper year for crime readers and reviewers alike. As a relative newcomer to Crime Fiction Lover, my top five also includes some books reviewed by other members of the team. With one exception the list comprises authors whose names are growing, still relatively early in their careers and all UK-based, but taking great strides forward with each work published. Don’t be surprised if some of them are big names in 2018… 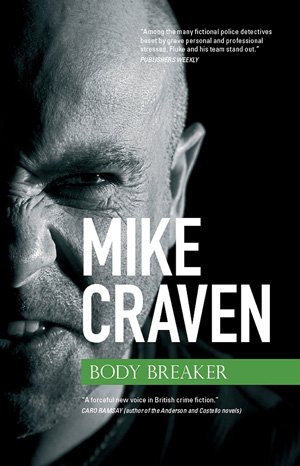 Mike Craven’s star has been flying high and fast in the last couple of years. He was nominated for the CWA Debut Dagger in 2013 with his first full length novel about DI Avison Fluke, Born in a Burial Gown. Body Breaker is Fluke’s return, this time he has to discover the identify of a dismembered body found on the green of a golf course which appears to have been literally broken apart. Soon, the corpse is identified as that of animal rights activist Mark Cadden who had a minor police record. Who killed him and why? However, Cadden was a pseudonym and it transpires Fluke knew him very well… Read the review. In 2018 Craven is introducing a new series with another unique protagonist, Washington Poe, which has been optioned for television.
Buy now on Amazon

4 – The Search by Howard Linskey 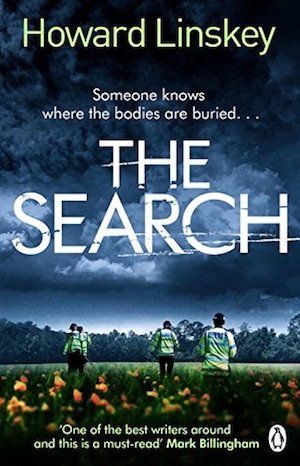 It’s the hot English summer of 1976 and six 10-year-old school friends pay in the fields around the North East village of Maiden Hill, near Durham. But only five of them go home when the sun sets. Little Susan Verity has disappeared without a trace. Someone is taking children and it seems Susan is another victim. After a desperate search the police finally catch who they think is their man, Adrian Wicklow. He confesses to Susan’s murder and three others. However, just as the case goes to court Wicklow withdraws the confession to her murder. Insufficient evidence means her case remains unsolved. Wicklow goes to prison for life but never reveals where the bodies are buried. The story shifts to 1996, and misfit Detective Sergeant Ian Bradshaw is handed a challenge by his superiors. Wicklow is dying and he says he will finally unload his secrets. This is the third novel to include Bradshaw, Carney and Norton who form a unique team in a cleverly worked crime thriller. The combination of two investigative reporters with an outsider detective is unusual and works very well. Read our full review.
Buy now on Amazon 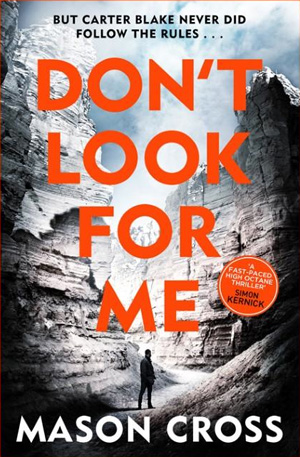 The mysterious manhunter Carter Blake makes a return in his fourth outing. New York, 2010. Carol Langford receives a phone call. The line is terrible. Carter Blake, 7,000 miles away and injured, tells Carol these four fateful words: “You have to disappear.” Under Blake’s instructions Carol heads to his apartment where she watches the news story unfold on the television. It’s the assassination of her boss, a US senator. Four days for Carol to decide what to do next. Finally, her mind made up, she writes Blake a letter, also with four words in it. “Don’t look for me.” Then she leaves and never comes back. However, six years later Carter’s past catches up with him when Carol, now living under a pseudonym, unwittingly returns. Blake is a superb character and this series just goes from strength to strength. Read the review.
Buy now on Amazon

2 – The Liar by Steve Cavanagh 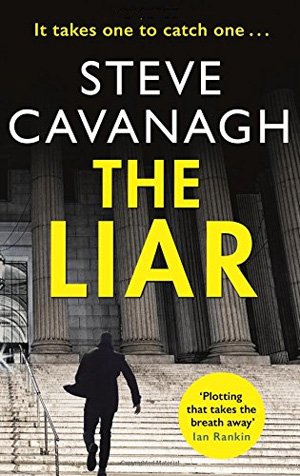 Another belter from Steve Cavanagh, the third in the increasingly brilliant New York-based con artist turned lawyer Eddie Flynn series. This time Eddie is dealing with a kidnap, ransom and the FBI. If The Liar was a stick of rock it would have the word ‘thriller’ all the way through it because that’s what this novel is – a high octane story that gets into a high gear from page one and stays there right through to the last. It’s part Lee Child, part John Grisham – an intoxicating mix of action and legal process. Cavanagh is a practicing lawyer and the depth of his knowledge shines out from the narrative. Thoroughly enjoyable page turner with lots of shocks, twists and turns. Well plotted, well-constructed, well executed. Read the review.
Buy now on Amazon 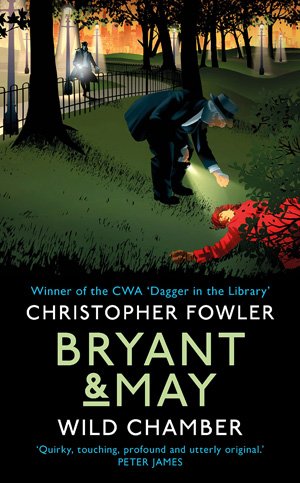 This is the 14th Bryant and May in the series and is as good as any. That Christopher Fowler’s output never seems to weaken is why Wild Chamber reached the apex. The investigation covers what is effectively a locked-room mystery – a murder in a private London garden with high walls and bolted gates, and sufficiently bizarre to be handed to the Peculiar Crimes Unit. As unorthodox Arthur Bryant (who’s having hallucinations after recovering from a serious illness which he’d attempted to treat himself) and dapper John May investigate, they realise there’s much more to the case than is initially obvious. Bryant is convinced there will be more murders and before long another body turns up, in a park once more. Do the deaths have a purpose? And are they somehow connected to London’s exclusive parks, the wild chambers? Read the review.
Buy now on Amazon

By crimefictionlover
We had no idea how popular the Crime Fiction Lover Awards would be when we launched them last year, but they’re back for 2022 and nominations have closed. Now it’s down to the final six in our Best Crime Novel category and as a crime…