A couple of weeks ago, we brought you ‘Ten to taste part 1‘, featuring 10 new crime novels all by self-published and indie authors. We just don’t get the opportunity to shout about the breadth and depth of crime fiction being written by up and coming authors, but during New Talent November we do our best to spread the word. So, here are 10 more crime novels by indie and self-published authors for you to try and there are quite a few beauties to check out here… 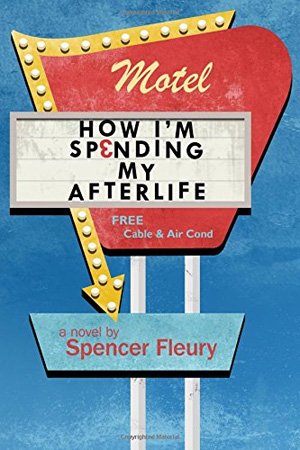 How I’m Spending My Afterlife by Spencer Fleury
Have you ever wondered that people REALLY think of you? Lawyer Alton Carver is in deep trouble. He’s been embezzling the company and his sins are about to be found out. So Alton decides to fake his own death, and that’s when his problems multiply. Making a secret appearance at his own funeral, Alvin discovers he wasn’t as well loved as he thought… and who’s that being ultra-friendly with his wife, Nicole? Suddenly, Alvin’s plans to escape to the sunshine seem a little bit ambitious in a thriller that has plenty of surprises in store.
Buy now on Amazon 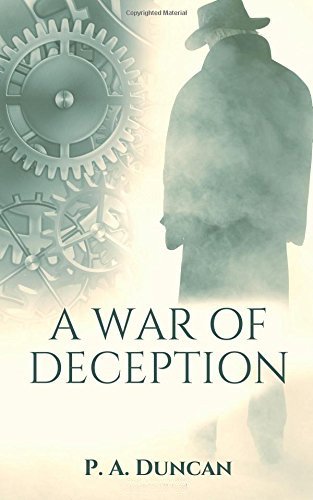 A War of Deception by PA Duncan
Past espionage and modern-day spooking collide in a spy story which pits duty against family loyalty. It’s 2001 and retired UN spy Mai Fisher is drawn back into her turbulent past when her beloved granddaughter is threatened by the Russian Mafiya. Why has Natalia been targeted and how can Mai and her husband Alexei Bukharin, also a former spy, protect the young student? As the pair work together, they uncover secrets which throw them right back into the maelstrom of the turbulent 1970s.
Buy now on Amazon 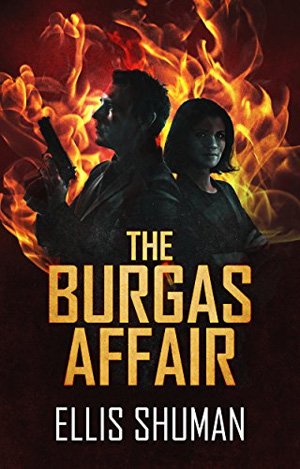 The Burgas Affair by Ellis Shuman
Following a deadly bomb attack at a Bulgarian airport, Detective Boyko Stanchev of the police task force is teamed up with Ayala Navon, a young Israeli intelligence analyst on her first overseas assignment. They must pool resources to catch the culprits, but it’s a shaky alliance and the investigation is hampered at every end and turn. The pair must learn to trust each other if they are to catch the culprits in this novel, which is based on a real terrorist attack in July, 2012.
Buy now on Amazon 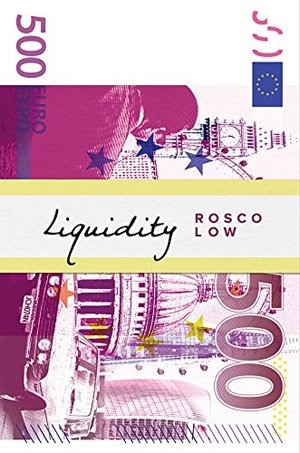 Liquidity by Rosco Low
Duncan ‘Mac’ McLeod has a dead girl in his bedroom in London. A very beautiful one. Mac is soon thrown into a crime thriller with plenty of colourful characters that races across Europe. There is the sharp-tongued police officer Miss Wren and the establishment is represented by Sir David and Sir Francis. The two knights are focused on keeping the cash rolling to prop up their lifestyle and status. With Serbian hitmen and the security services popping up we are promised a fast-paced, page turner with a dash of romance thrown into the edgy mix.
Buy now on Amazon 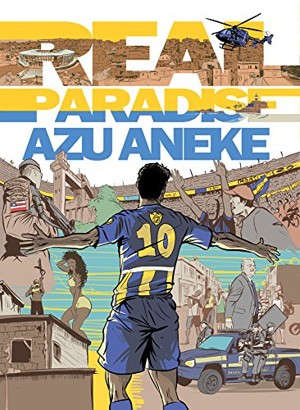 Real Paradise by Azu Aneke
Crime fiction set in Brazil is a rare find, so here’s one to savour. Investigative reporter Toninho has lost his job after he had a fling with the subject of his latest expose. He’s wondering how he’ll pay his rent when a former colleague offers him a chance to write for a new website dedicated to fighting corruption, and with the 2014 World Cup fast approaching there’s plenty to write about. As Toninho tackles his first assignment, he uncovers worrying links between a new football stadium and an up and coming soccer star…
Buy now on Amazon 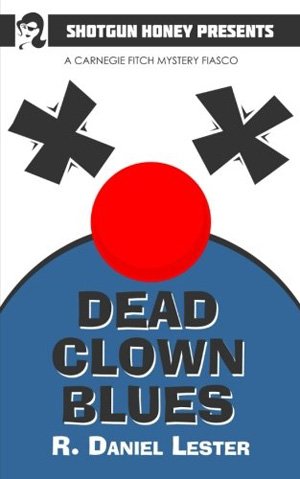 Dead Clown Blues by R Daniel Lester
It’s 1957 in Vancouver and Carnegie Fitch is a private detective with a battered fedora and a history as a drifter. Fitch gets caught up in the death of a janitor who used to do a turn in the circus. He smells the opportunity of a big pay-off but he’ll have to negotiate some psycho clowns and other lowlifes to get through this case. There’s the obligatory femme fatale thrown in too. So all the pulp tropes are encouragingly lined up with a smart-mouthed detective trying to make sense of it all – no less than you’d expect from the indie crime beans at Shotgun Honey.
Buy now on Amazon 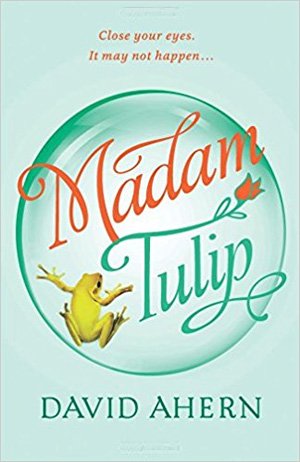 Madam Tulip by David Ahern
Derry O’Donnell is a Dublin-based actress without any work and she is flat broke. She’s also a little bit psychic so launches a side hustle as Madam Tulip, fortune-teller. She is doing her turn at a charity fundraiser when a rap artist, Mojo, ends up dead. With pals like Bruce, the former Navy Seal, who was discharged for being gay, and her eccentric father she finds herself cast in the role of amateur sleuth. This cosy crime offer some gentle Irish humour to savour as the mystery unfolds.
Buy now on Amazon 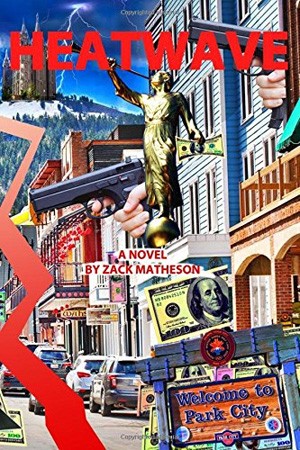 Heatwave by Zack Matheson
Police detective Lincoln Coulter has his work cut out in the sweltering heat of Park City, Utah. He’s facing a murder investigation into the death of a young environmental activist. He soon has his eye on the menacing presence of Sundial Corporation who hope to buy up land to build housing. Then the scientist who was working on the impact of the development turns up dead in Salt Lake City. With sinister links to the Mormon church and no one keen to upset the lucrative tourist trade Coulter uncovers a conspiracy that threatens his own life.
Buy now on Amazon 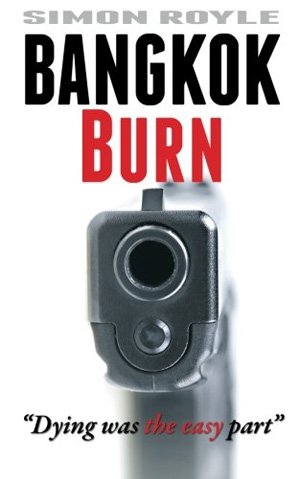 Bangkok Burn by Simon Royle
Self-published author Simon Royle starts you off on his with Bangkok Burn, and if you like that you can move along to Bangkok Wet. Join an organised crime family who run a crocodile farm in Thailand, where a turf war has broken out and the cold-blooded anti-hero Chance is on the prowl. Various parties are using the violent backdrop as a smokescreen as they settle old scores in this hardboiled take on the Southeast Asian capital.
Buy now on Amazon 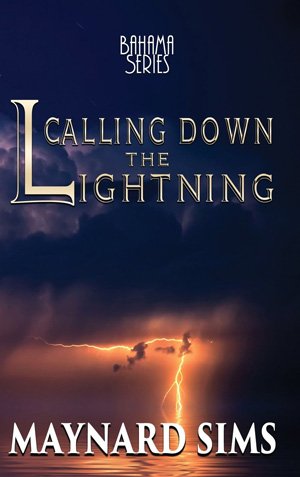 Calling Down the Lightning by Maynard Sims
The second thriller in a series by self-published author Maynard Sims takes us to the Bahamas, were a hitman is on the trail of an FBI agent. The trouble for Harry Beck is that the agent is involved with his business partner, Stevie. When Stevie, the FBI agent and Harry’s wife all go missing, he sets out to find them – hopefully before the the killer is able to do their work.
Buy now on Amazon

For more indie and self-published crime novels to try, check out part 1.

By Sonja van der Westhuizen
Translated by Sam Taylor — French author Victor Jestin’s short yet forceful debut novel is part dark coming-of-age novel, part morality tale. Set over the span of a weekend, it tells the story of a 17-year-old who witnesses another teenager dying and chooses not to…
KindleReviews

Back to the Garden

By DeathBecomesHer
Written by EI Weiner — These days, there’s a bit of a fashion for crime books with song lyrics in their titles and here’s one to add to the list, taking its inspiration from Joni Mitchell’s 1960s classic Woodstock. In this case the choice of…
KindleReviews

By Purity Brown
Written by Mark Dawson — Sleepers is the 13th novel in the wildly popular John Milton thriller series, penned by a wildly successful author who turned his back on traditional publishing a handful of years ago and became an icon in world of self-publishing. Are his…