We’d love to bring you reviews of every new crime book released onto the market – mainstream, indie and self-published. But the honest truth is we can’t even count them, let alone read all of them. What we can do is bring you sampler features like this one, recommending ten books that might just be gems in the genre waiting for you to dig them up. Considering what to include, one thing became clear to us – self-published authors are definitely exploring ideas and approaches that mainstream publishers are a little too scared to test out. So, why not have a punt on one of these and surprise yourself? 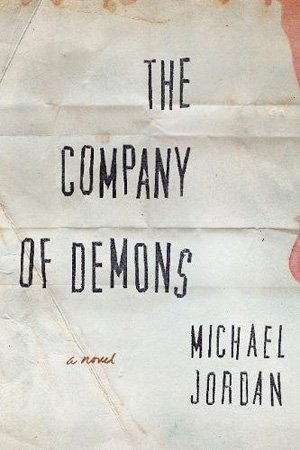 The Company of Demons by Michael Jordan
There’s a killer stalking the city of Cleveland, Ohio, bringing back memories of the Torso Murderer, who dismembered at least 12 people decades ago and then vanished, eluding even the great Eliot Ness. In Michael Jordan’s self-published novel, lawyer John Coleman is asked to handle the victim’s estate but a simple favour for an old friend is destined to lead him into trouble aplenty. When you get tangled up with a cold-blooded biker gang, an ex-cop with a fuzzy past and the drug-addicted son of the dead man, things are definitely on a downward turn – and Coleman is soon regretting his decision.
Buy now on Amazon 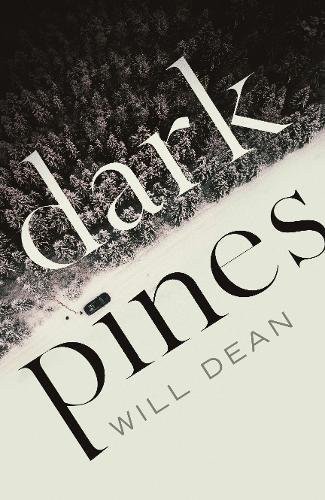 Dark Pines by Will Dean
An English writer who now lives in rural Sweden, Dean brings his local knowledge into play in this, his debut novel published by Point Blank. Meet Tuva Moodyson, a deaf reporter on a small-time local paper who is looking for a story to break her into the big time. Deep in a Swedish forest, two eyeless bodies lie and their discovery is about to shake up a small town with a host of secrets. Are the killings connected to other murders which happened 20 years ago? Tuva is determined to learn the truth – but is anyone prepared to share?
Buy now on Amazon 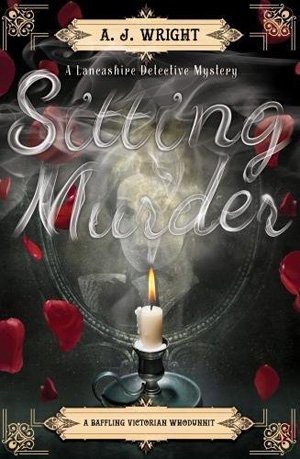 Sitting Murder by AJ Wright
If Victorian whodunnits are your thing, then AJ Wright is your man. This is the third outing for bluff Northern copper Detective Sergeant Michael Brennan of the Wigan Borough Police, from indie publisher Endeavour Press. He’s a man who has no time for fanciful tales, so when recently widowed medium Alice Goodway receives a threatening letter, he embarks on the inquiry with scepticism. Then a murder occurs in Alice’s home and Brennan is forced to take things more seriously. But who did the dastardly deed – and why?
Buy now on Amazon 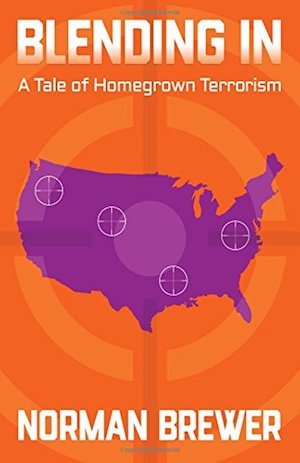 Blending In by Norman Brewer
Two homegrown terrorists, Stickman and Maple, launch a terrible attack in Washington that leaves the Secretary of State dead. They then disappear into rural Pennsylvania before killing hundreds of soft targets with a devastating attack on a shopping mall. This triggers copycat acts of extremism and the nation is gripped by terror and anti-Muslim hatred. This is the first novel from award-winning journalist Norman Brewer, who also worked for the Department of Homeland Security. It promises an authoritative and well-plotted thriller that is, unusually, told from the perspective of the terrorists. Self-published.
Buy now on Amazon 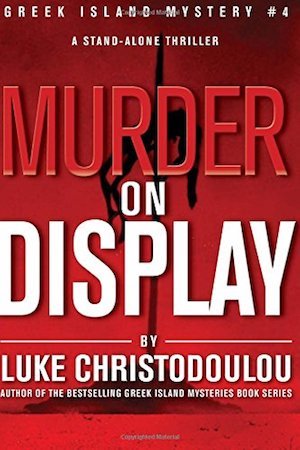 Murder On Display by Luke Christodoulou
A gruesome murder on the idyllic Greek island of Folegandros brings Lieutenant Ioli Cara into action. A young girl has been beheaded and her body left for all to see. Ioli is heavily pregnant and she is without her former partner Captain Papacosta who has cancer and is away on a cruise ship. He has his own problems with a missing girl and an unexplained pool of blood. The Aegean is lapping at our feet as Ioli and a couple of rookies unpick this whodunnit. This is now the fourth book in the self-published Greek Island Mystery Series.
Buy now on Amazon 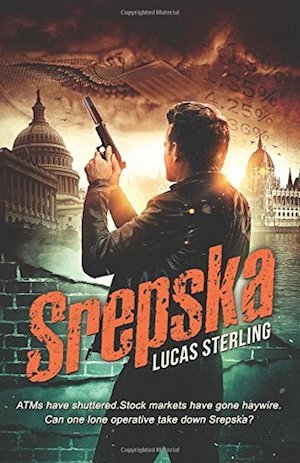 Srepska by Lucas Sterling
What would happen if a group of hackers managed to disable everyone’s credit and debit cards? A cyber attack in Kenya foreshadows a devastating assault on the USA. Fredric Ulrich is a German agent who teams up with LA-based hired gun Lars Christopherson to tackle the threat of the group called Srepska, and they uncover an international conspiracy that leaves them unsure who they can trust. It’s a financial action thriller with a Mr Robot vibe as shadowy forces threaten to plunge our interconnected world into chaos.
Buy now on Amazon 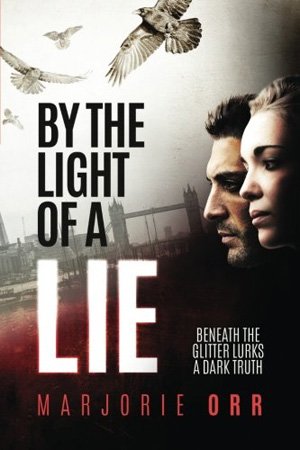 By the Light of a Lie by Marjorie Orr
In this self-published thriller, writer Tire Thane teams up with former soldier Herk Calder to try and find out how and why her barrister friend died. The woman was thrown from a wrecked car into the Thames in the middle of a trial in which she was defending a framed man. From a circle of business people linked to the trial, to a strange Glasgow artist in a mental asylum, the case is bizarre and complex and takes them from California to Scotland. Plus, Tire must deal with her own past, being the daughter of a convicted murderer.
Buy now on Amazon 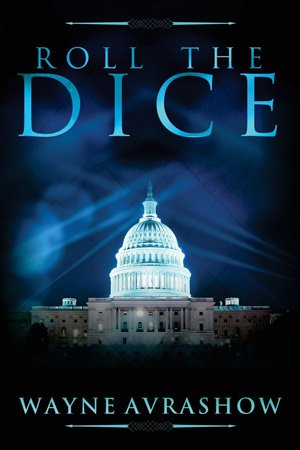 Roll the Dice by Wayne Avrashow
What happens when a reality TV billionaire runs for president? No, wait, that’s been done… Here in Wayne Avrashow’s novel we have a rock star who runs for president as an independent in the United States. Trying to fight the tide of lobbyists, corruption and sexual scandal – as well as his own past – can Tyler Sloan win the race and clean up the White House in this political thriller? It’s out 28 November.
Pre-order now on Amazon 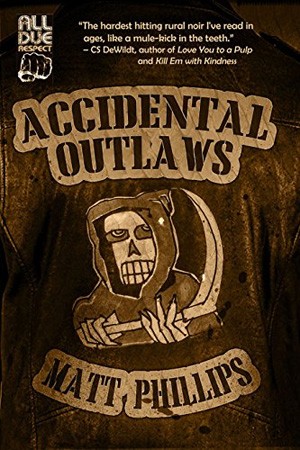 Accidental Outlaws by Matt Phillips
Arriving mid-December, this book from All Due Respect comprises a set of short stories by Matt Phillips designed to takes us down beneath the underbelly of contemporary America. Down and out pot dealers, psychopaths, drifters and dreamers all rub shoulders, and we can expect heists, murder and more. Not many cops here, just bad guys…
Pre-order now on Amazon 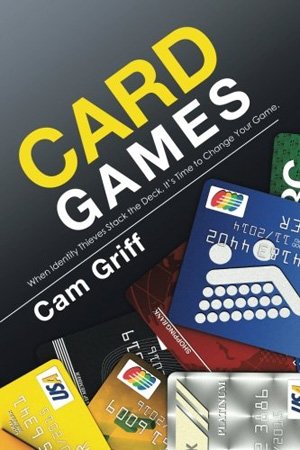 Card Games by Cam Griff
Card Games – what an excellent title for a crime story based on the phenomenon of identity theft! Author Cam Griff has had his identity stolen, and having researched the subject in-depth has created the authentic tale of a man named Joe. Intrigue, information and romance are rolled together in the story as identity theft affects his life, his work and more… Reading it might even inspire you to beef up your defences.
Buy now on Amazon

Ten of the best crime novels about journalists

By crimefictionlover
On the Radar — Are you ready for Easter? Be on your guard because bad things can happen during the holidays and in Chris Brookmyre’s latest novel there are echoes of the Madeline McCann case, that real-life holiday tragedy in Portugal. This week’s new crime…