Everyone’s got a past…

On the Radar — It’s a cliché but it’s true. Everyone’s got a past. And nowhere is it more evident than in the world of crime fiction. Every book in this week’s On the Radar column cuts into dark and troubling secrets for the main characters, whether it’s Joanna looking back to one life-changing summer in A Place to Lie, a husband with a secret in Last Lullaby, a woman with a past in The Paper Chase or, well, Jack the Ripper in Mark Baressi’s re-issued novel. He’s certainly got a past! Read on and discover your future crime reading… 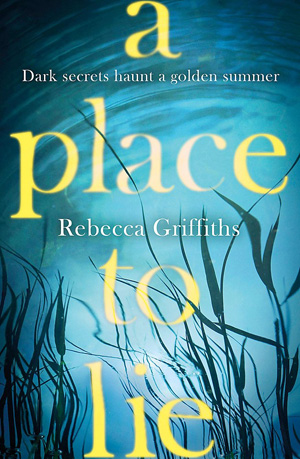 A Place to Lie by Rebecca Griffiths
This author burst onto the scene in 2016 with her debut The Primrose Path, now she’s back with anther slice of claustrophobic domestic noir set on the rural Welsh Borders and out on 6 December. In 1990, sisters Caroline and Joanna leave the city to spend the summer with their aunt in the country. Everything is idyllic until something happens which changes the girls forever. Now Joanna is back at Aunt Dora’s cottage, and as she endeavours to escape the problems of her current life she throws herself into unpicking the memories of that fateful summer. But some things are better left alone…
Pre-order now on Amazon 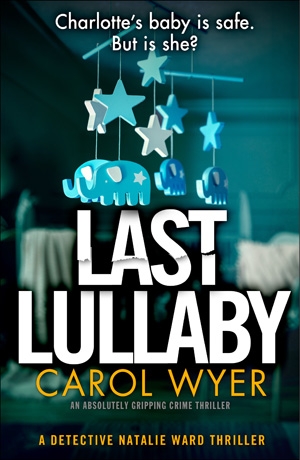 Last Lullaby by Carol Wyer
The writing whirlwind that is Carol Wyer only introduced readers to DI Natalie Ward in September and already she’s back with book number two in the series, out on 7 December. Young mother Charlotte is found murdered in her bedroom, the word ‘why’ scrawled in blood on the wall by the body. As Ward begins to investigate she finds dark secrets in the past of Charlotte’s husband, Adam and also has her suspicions about the couple’s young babysitter. But then another mother is murdered, the same chilling message left nearby, and Ward’s suspects have iron clad alibis. The race is on to capture a twisted serial killer before they strike again. Read our review of The Birthday here.
Pre-order now on Amazon 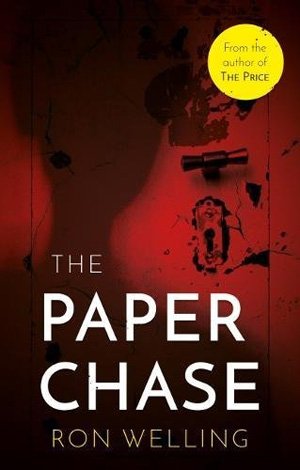 The Paper Chase by Ron Welling
Harry Stone sent Claire to spy on his competitor Rick Austen but instead she moved in with him and is enjoying the life of Riley. Stone isn’t best pleased and threatens to blow Claire’s cover, so when his mansion is torched, putting the codes to his secret Panama bank accounts in jeopardy. Claire visits the derelict site to try to retrieve the codes and keep her former boss sweet. But soon Stone has other things to worry about when a money laundering scheme goes drastically awry and those involved will do anything to keep the upper hand… This thriller with a financial flavour is out on 28 November.
Pre-order now on Amazon 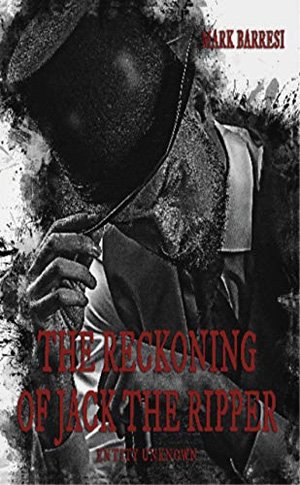 The Reckoning of Jack the Ripper by Mark Baressi
History is repeating itself. There’s been a series of murders in San Diego and Detective Ed Brooks is on the case. Although he’s using the same MO as Jack the Ripper did in London in the 1880s, this killer has been dubbed The Entity and in a past encounter Brooks was nearly killed. Now he has the help of FBI profiler Stephanie Morgan, maybe he’ll have more success. However, there’s the suggestion that The Entity might be just that and that The Ripper still lives… Out now is the republished Kindle version of the 2012 novel by Mark Baressi.
Buy now on Amazon 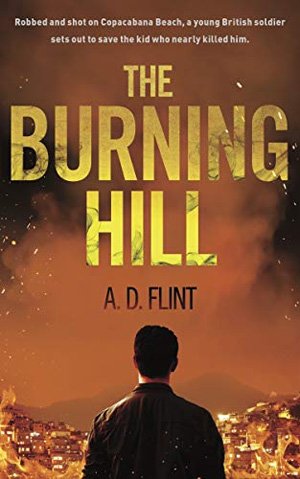 The Burning Hill by AD Flint
British soldier Jake has skipped out of his court-martial and is enjoying the Copacabana Beach in Brazil. Just when he thinks he can breathe easy, he’s mugged, shot and left for dead. The bullet in his head should have killed him but the doctors discover he has a deadly brain aneurism and it turns out the slug has saved his life. He begins to pity the culprit, Vilson, a kid from the favelas who is caught between vicious drug gangs and corrupt police. Jake decides to use his skills to help Vilson escape that life, but things don’t exactly go to plan for either of them. Out 13 December.
Pre-order now on Amazon

By crimefictionlover
Just as COVID restrictions have eased we’ve now got the heightened worry that every living thing on the planet could soon be vaporised in a nuclear cataclysm… but at least there’s our weekly newsletter to distract you. And anyway, as crime fiction lovers, we’re used…
iBookKindlePrintReviews