The Japanese love to read. A combination of near-universal literacy and long commute times means that you’re likely to see trains full of everyone from high school students to company owners with an open manga, paperback or kindle. This, coupled with a less clear distinction between genre fiction and high literature make for a great environment for readers, but what about crime fiction?

Crime sections in Japanese bookstores are devoted mainly to formulaic murder mysteries set on trains, but there’s a lot more to crime fiction in a country where the yakuza wield a very strong and very visible influence. Here are six favourite recommendations, all available in English translation, and which give a solid foundation in Japanese crime which newer authors are building on all the time…

The Devotion of Suspect X by Keigo Higashino 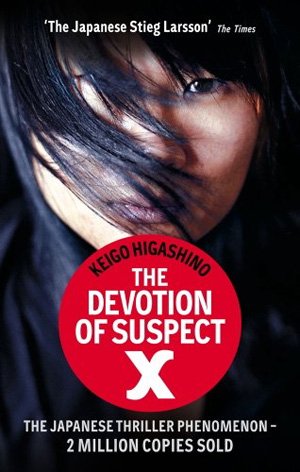 Japanese author Keigo Higashino has been called the Japanese Stieg Larsson and the comparison is apt, but only in the way his popularity has brought Japanese crime fiction into the limelight in translation. His breakthrough novel in English translation actually arrived 20 years after his debut was published in Japan, with many novels in between. The Devotion of Suspect X is the first in his series featuring the genius Detective Galileo, an eccentric physics professor who is often contacted to help an old school friend, who now works as a police detective. Galileo speciliases in Sherlock Holmes-style cold logic, informed by his background in physics. Add to that a deep understanding of the human mind and what kinds of devotion would lead someone to kill, and you’ve got a wholly unique detective, and a great introduction to Japanese crime fiction.
Buy now on Amazon

The Cage by Kenzo Kitakata 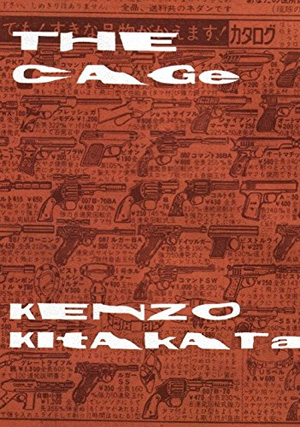 Translated by Paul Warham and published by Vertical Inc, The Cage is noir at its best. Ex-yakuza Kazuya Takino has a stale marriage and a dull life running a mildly successful supermarket in suburban Tokyo, until an extortion attempt threatens to drag him back into the world he thought he’d left behind. This novel was written in 1983 but only recently translated, and displays some of the trademark characteristics of noir, with a little police procedural thrown into the mix. Once he’s back in the underworld, Takino attempts to smuggle a thug named Sugimura and his girlfriend out of Japan, with both the police and rival gangs after them. This book perfectly captures middle class suburban boredom and frustration in a society of conformity.
Buy now on Amazon 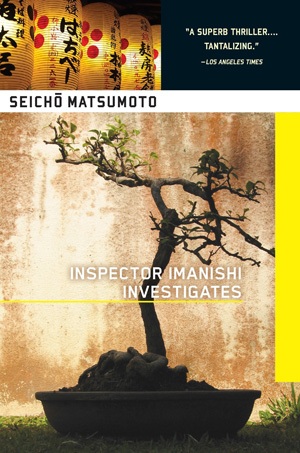 Translated by Beth Cary, this book was written in 1961 and translated in 1989. It’s published by Soho Crime. Matsumoto’s depiction of 1960s Tokyo has been compared to the Stockholm presented by Swedish authors Sjöwall and Wahlöö whose Martin Beck series is the defining benchmark Scandinavian crime fiction. Both tell the story of a police officer investigating a crime, and while doing so manage to present an unsentimental portrait of a society. Parts of this book might be lost on people who aren’t familiar with Japan, but it still gives a great look at Japanese society during a time of great change.
Buy now on Amazon 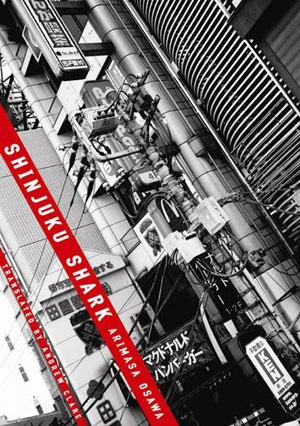 Shinjuku Shark is another hardboiled noir novel set in Tokyo, this time among the high rise buildings and glittering neon of Shinjuku. Samejima – AKA The Shark – is a maverick cop who investigates a series of brutal killings in the district. Osawa wears his influences – Elmore Leonard in particular – on his sleeve, and as this was his debut novel some readers might find the plot a bit predictable, but it’s the way that he paints a picture of Shinjuku, the characters within, and the page-turning plot, which make this book really interesting. Translated by Andrew Clare and once again published by Vertical Inc.
Buy now on Amazon 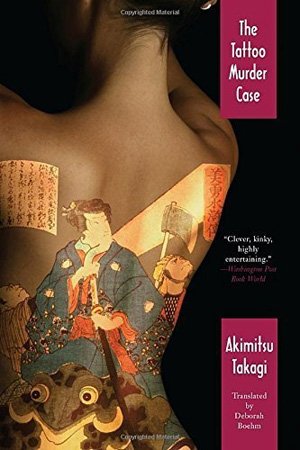 Translated by Deborah Boliver Boehm, The Tattoo Murder Case is another published by international crime press Soho Crime. This book was written in 1948. The country had been devastated by defeat in World War II and humiliated by the loss of its empire, and of everything it knew from before the War. The dismembered body of a tattooed woman is found inside a room locked from the inside, and a detective enlists the help of a boy genius doctor to solve the crime. The novel has a lot to say about tattoos, the people who have them, and their historical connection with illegal activity in Japan. The plotting can be compared to a Sherlock Holmes novel, which may not be everyone’s cup of tea.
Buy now on Amazon

All She Was Worth by Miyuki Miyabe 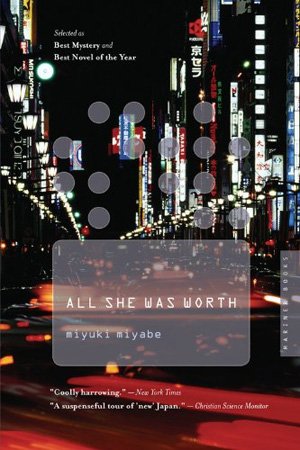 Translated by Alfred Birnbaum and published by Mariner Books, this is another novel by a female author. Miyabe is more famous for her young adult fantasy novels, although she writes widely and well across many genres. All She Was Worth explores the depths one has to go to in order to escape Japan’s consumer society. Injured police inspector Shunsuke Honma is hired by his nephew to find his missing fiancée, who may not be who they think she is. Most interesting again is the insight into Japanese society in the post-bubble lost decade of the 1990s – a collapsing society run on debt – as well as into how the yakuza run the loans and debt collection business in Japan’s hyper-consumerist society.
Buy now on Amazon

Louis Bravos lives in Melbourne, Australia, and worked as a freelance Japanese-English translator. He is also an unpublished translator and writer of fiction, particularly crime fiction. Find him on Twitter at @louisbravos

By Paul Burke
Crime novels trump all else for me and we have had another great year of reading about the darker side of human nature. Looking back over the books I have reviewed in 2022 these are the ones that stick with me. They provided the purest…
KindlePrintReviews