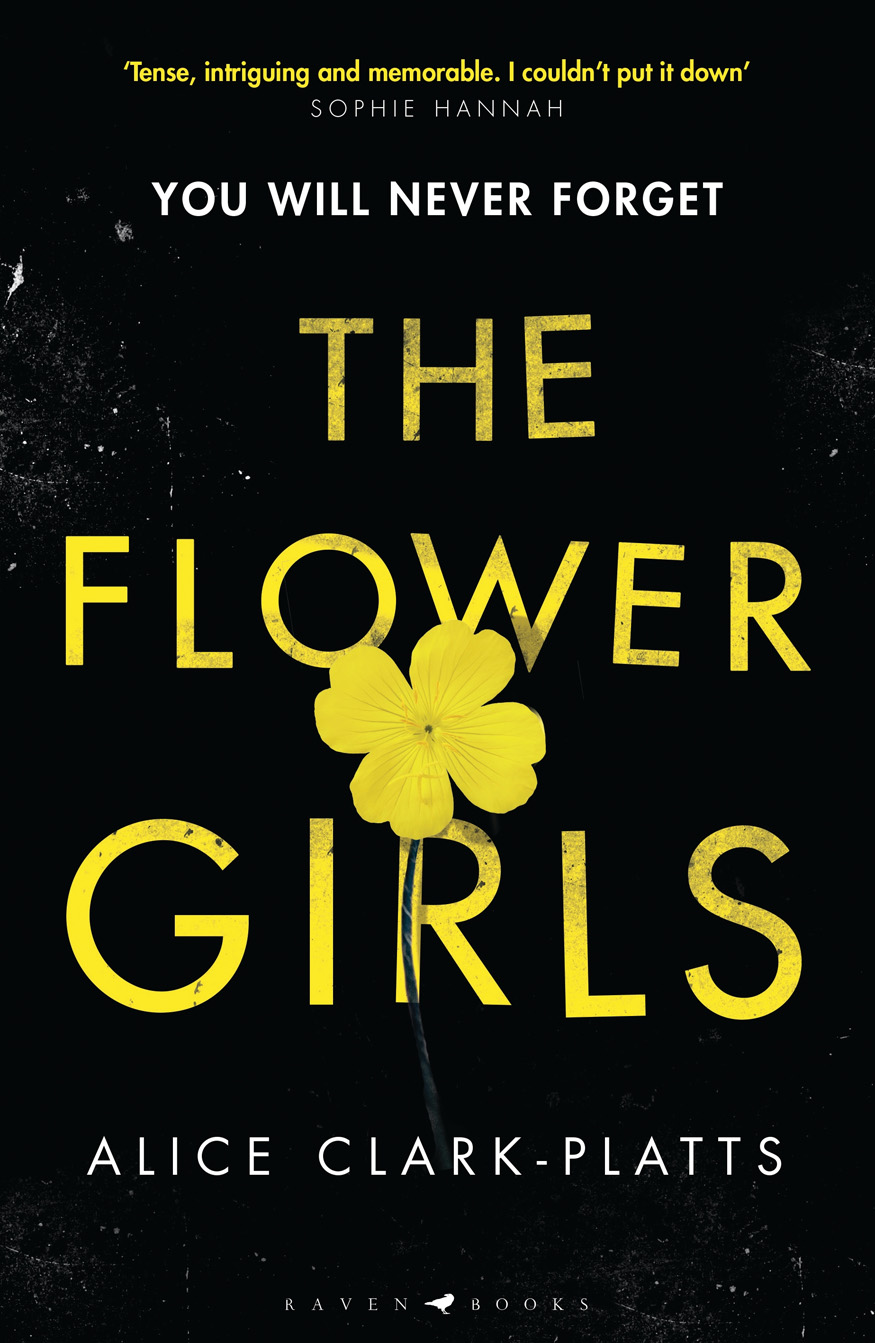 How about an early first peek at the cover The Flower Girls, coming in January from Raven Books? It promises to be a chilling affair and across its 352 pages you’ll meet Laurel and Primrose. Dubbed ‘The Flower Girls’, their past deeds have been all over the press. One of them was convicted of murder and the other given a new identity, chiming somewhat with the murder of James Bulger and what has subsequently occurred with his killers.

Now, 19 years later, another child is missing and Laurel and Primrose are about to be in the headlines once again.

If you like the sound of this, then head to our Facebook page this Saturday (27 October). We always hold a Saturday draw to win a book but this time we’re going to be giving away five signed advance review copies of The Flower Girls. It’s going to be a worldwide draw, with a pretty exclusive prize.

Author Alice Clark-Platts has previously written The Taken and Bitter Fruits. She is a human rights lawyer who has worked with the UN on the Rwandan Genocide, and on cases involving Winnie Mandela and Snoop Dogg. The Flower Girls is set to be a big release for the first half of 2019.

By crimefictionlover
On the Radar — Welcome to our weekly column featuring new crime books. This week’s selection isn’t quite as earthshaking as last week‘s, we’ll admit, but there are some great releases starting with a brand new book by Martin Cruz Smith. Can’t wait! The Girl from…