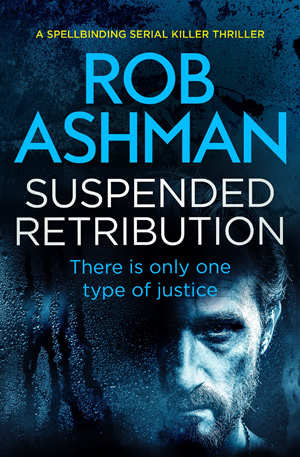 Written by Rob Ashman — Acting Detective Chief Inspector Rosalind Kray is called to investigate a hit and run in one of Blackpool’s side streets. There’s a certain poetic justice to the scene. The victim, Jimmy Caldwell, had himself just received a two-year suspended sentence for vehicular manslaughter. While texting on his phone, he knocked down and killed little Eve Singleton.

Nobody in the police force will be crying over Caldwell’s death – he was a career criminal and showed no remorse – but Kray is the kind of copper who only ever gives 100 percent to her cases. Her eye for detail has already led to the capture of two serial killers, and the crime scene feels off to her. When the car that ran Caldwell over is found burnt out, the forensics evidence is conclusive. Kray’s instincts were right – this wasn’t an accident, it was murder.

It feels good for Kray to be proved right because in other areas her job is less than satisfactory. She’s never been the boss’s favourite, despite her strike record. She’s just a little too independent minded to climb the greasy pole. When Kray is passed over for the permanent DCI post in favour of Mancunian hotshot Dan Bagley – a man by the way who didn’t exactly cover himself in glory on their last case together – it just confirms what she already knew. It’s time for Kray to leave the CID.

Kray is the glue which holds Suspended Retribution together. She features in all of the police scenes, and it is her drive and canny insight which pushes the case forwards. The author adds some flesh to the bones of his protagonist via a budding romance with a Home Office pathologist, and portrayals of her life away from the uniform that feature OCD and borderline problematic drinking. She’s an engaging character, if a somewhat familiar archetype, and it would have been nice to go a little further in to her psyche.

A second murder within days changes the police view of the case. Billy Hicks, a recidivist burglar, is found dead in the bath of a flat he had broken into. His hands have been roughly amputated… pre-mortem. The symbolism is striking and Kray realises that Caldwell’s murder was not about personal revenge, but instead that both cases are linked by vigilante justice.

Ashman gives his antagonist a plausible psychological reason for his vigilante campaign, but as with Kray the extra detail that would have made his antagonist stand out is missing. However, Sustained Retribution is all about the thrill of the chase and the author brings proceedings to a thrilling finish. Kray and her target are engaged in a battle of wits as the noose tightens and the ending, which I certainly didn’t see coming, is plausible and dramatic. Plotting is clearly one of the author’s strengths.

Suspended Retribution isn’t about nuanced character development and shouldn’t be read as such. But if you want to spend a few hours in a white knuckle ride with a likeable, ballsy female protagonist then you won’t go far wrong with Rosalind Kray.

If no-nonsense coppers are your thing, why not take a look at our reviews of Paul Finch’s Heck books, Kiss of Death and Hunted?