On the Radar — Another week, another pile of brand new crime novels for you to dive into. With a chill in the air here at Crime Fiction Lover HQ, it seems fitting that a novel set in Iceland leads things off and it’s by the talented Scandibrit author Quentin Bates. Lots more too as the Mitford sisters appear in their second mystery, there’s a strangler on the loose and a Japanese hit woman too. Read on!

Sign up for the CFL weekly newsletter here. It comes out on Thursdays. 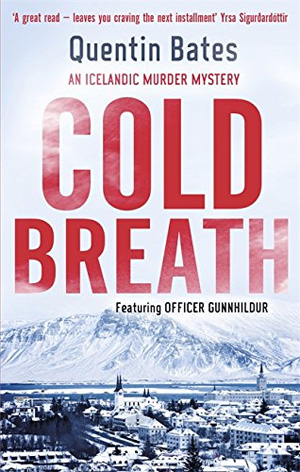 Cold Breath by Quentin Bates
Speaking English and Icelandic, Quentin Bates is a crime author and translator who tells great stories about exploding dolphins, and about his Reykjavik detective Gunnhildur. In the seventh book in the series, Gunny is put on special duty protecting a guest of the country’s interior minister and the man has a price on his head. Soon she’s not so sure about her charge – is he a philanthropist as he claims or are there deaths on his conscience? The press are curious, but someone else is after him too in a tale that stretches from the edge of the Arctic Circle to Brussels, Russia and the Middle East. Released 11 October.
Pre-order now on Amazon 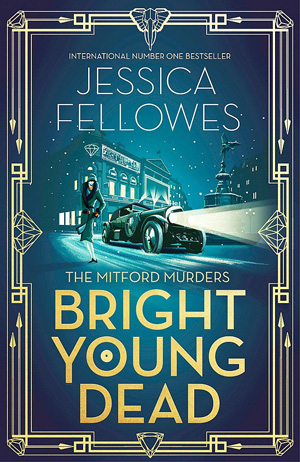 Bright Young Dead by Jessica Fellowes
The second in the bestselling The Mitford Murders series of Golden Age-style crime novels comes out on 11 October, and it sees the sisters’ chaperone Louisa Cannon at the heart of a murder mystery. A treasure hunt at Pamela Mitford’s 18th birthday party ends in tragedy when one of the guests is pushed to his death from the roof of the neighbouring church. The police identify maid Dulcie as the culprit, but Louisa isn’t so sure. As she sets out to prove the girl’s innocence, the real killer may be right on her tail. We’ve previously reviewed The Mitford Murders.
Pre-order now on Amazon 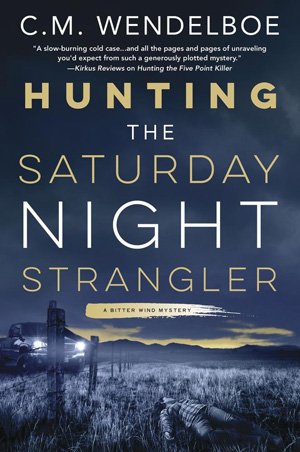 Hunting the Saturday Night Strangler by CM Wendelboe
Retired Denver homicide detective Arn Anderson is back for another outing in his home town of Cheyenne. Two people are strangled to death on consecutive Saturday nights, but Anderson and TV reporter Ana Maria Villarreal have their work cut out convincing the Cheyenne police that the killer may strike again. Frustrated by a wall of indifference, they take it upon themselves to prove their case, but the investigations could be flagging them up as the next victims. The second in the Bitter Winds series, out 8 October.
Pre-order now on Amazon 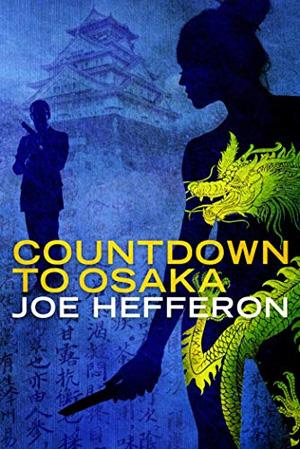 Countdown to Osaka by Joe Hefferon
With 25 years as a Jersey cop under his belt, Joe Hefferon’s crime thrillers such as The Last Meridian pack a gritty and realistic punch. In Countdown to Osaka, he changes setting but not pace as top yakuza enforcer Koi decides she wants out of the game. To gain her freedom, her bosses offer her the toughest challenge she’ll ever face and she’s sent around the world to eliminate the gun runner nicknamed Le Sauvage. Out now.
Buy now on Amazon 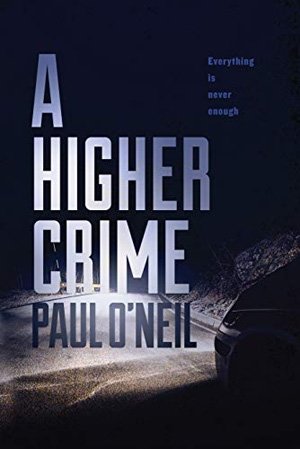 A Higher Crime by Paul O’Neil
Out now and free if you have Kindle Unlimited (included with Amazon Prime), Paul O’Neil’s legal thriller sees Owen Benson – a man blessed with a six-figure salary, trophy wife and McMansion in the suburbs – arrested for murder. To get out of this fix, he hires his old friend, the streetwise legal eagle Mike Fletcher. It’s a tale of jealousy, double-crosses and revenge.
Buy now on Amazon 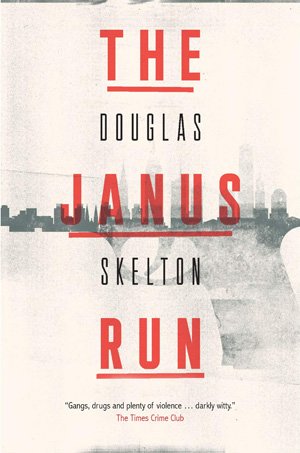 The Janus Run by Douglas Skelton
Tartan noir favourite Douglas Skelton leaves Scotland behind for his latest release and turns to the mean streets of the Big Apple. Coleman Lang is shattered to discover the body of his girlfriend Gina in his New York apartment, but life gets worse when he is suspected of her murder. A panicked Lang goes on the run and there is a string of people in pursuit. The closer he gets to discovering the truth about Gina’s death, the greater the danger for Lang himself. Because he has a past he’s been desperately trying to forget, and it’s about to come back to haunt him… We’ve previously reviewed Tag – You’re Dead by this author. The Janus Run is out now.
Buy now on Amazon

A Rattle of Bones by Douglas Skelton

By DeathBecomesHer
There’s a neat juxtaposition of ancient history and more recent goings-on as A Rattle of Bones begins. The title harks back to old misdoings – the execution in 1752 of clan leader James Stewart, known as James of the Glen, for crimes he almost certainly…
News

On the Radar: Is that bones I hear?

By DeathBecomesHer
As well as a brand new novel by well-known Scottish author Douglas Skelton, this week’s On the Radar column introduces four authors we’ve never covered before. Please welcome Chris Hauty, Camilla Bruce, Linda Mather and Austin Brooks to the site, and check out their new…
Features

By DeathBecomesHer
Reading has been a great solace for so many in a year when we’ve all been stuck at home, unable to travel and working hard at staying safe. Seems only right, then, that my choice of the best books of 2020 should hop and skip…