On the Radar — Hollywood in the 1950s seems a good place to start, but we’re not looking at a new James Ellroy novel this week. Instead new crime talent Guy Bolton brings us his second novel, The Syndicate, which sounds like it has a ripping plot line involving gangsters and more. Agatha Raisin returns for everyone who loves English cosy, and Deon Meyer’s latest is a novella featuring his detective Benny Griessel, which looks like it packs a lot in. And there’s more so read on… 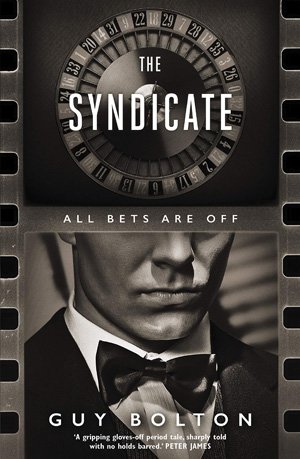 The Syndicate by Guy Bolton
Guy Bolton’s debut, The Pictures, was shortlisted for the CWA New Blood Dagger and this follow up sees former LAPD detective Jonathan Craine leaving the bright lights of Hollywood behind to enjoy a peaceful life with his son on a rural farm in California. But when infamous mobster Bugsy Siegel is murdered, Craine is summoned to Las Vegas where he is given an ultimatum by the mob: find Siegel’s murderers, or both he and his son will pay with their lives. He has an ageing hitman and a female crime reporter to help him – what could possibly go wrong? Out 4 October
Pre-order now on Amazon 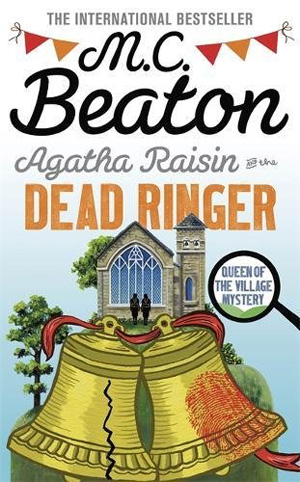 Agatha Raisin and the Dead Ringer by MC Beaton
Her Hamish Macbeth books became a popular TV series, now MC Beaton’s Agatha Raisin is about to air on Sky. Perfect timing for another slice of cosy English mystery, featuring rural sleuth Agatha Raisin, which is out on 4 October. The bells are about to ring in Thirk Magna to herald a visit by the bishop, much to the excitement of twin campanologists Mavis and Millicent Dupin. Their enthusiasm is proving a little wearing for the rest of the team, though, and when Millicent is found dead suspicion falls on a retired lawyer who found them particularly irritating. Can Agatha prove his innocence and catch the real culprit in the, erm… humdinger?
Pre-order now on Amazon 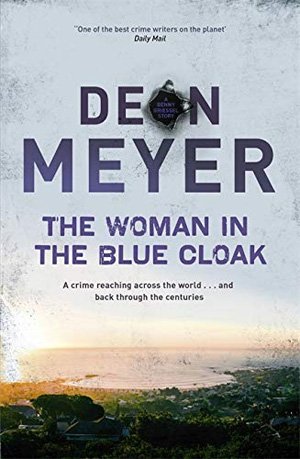 The Woman in the Blue Cloak by Deon Meyer
The Cape Town-based author Deon Meyer last appeared on Crime Fiction Lover when we recommended his post-apocalyptic thriller, Fever. His Benny Griessel series is a little lighter in tone and in this novella Benny is intent on asking Alexa Bernard to marry him. His mission is subverted somewhat when the body of a woman is discovered in Cape Town. Strangely, her body has been washed with bleach. Working with Vaughn Cupido, Benny finds the case reaches England and Holland and as far back as the 17th century. Out 4 October.
Pre-order now on Amazon 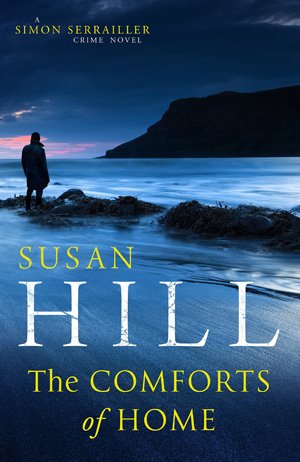 The Comforts of Home by Susan Hill
The ninth Simon Serrailler novel in Susan Hill’s series sees the Lafferton police detective recovering from the horrific events that concluded the 2014 novel The Soul of Discretion. Serrailler needs some time to recover and heads to the Scottish island of Taransay, where he’s going to review the paperwork from a missing persons case from five years earlier. Nephew Sam comes to stay with him, but he’s barely started reading up on missing Kimberley Still when a woman on the island also goes missing. Meanwhile, back in Lafferton someone is starting fires… Released 4 October.
Pre-order now on Amazon 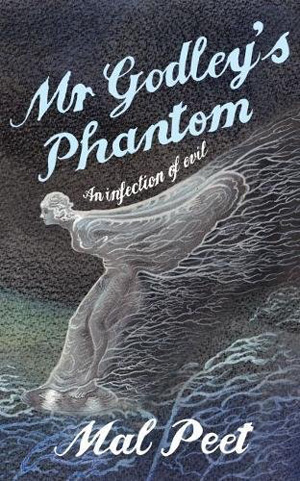 Mr Godley’s Phantom by Mal Peet
The author Mal Peet was best known for his children’s books, and sadly passed away in 2015. Now, David Fickling Books has published his final novel which is part ghost story and part mystery. It’s 1945 and World War II is over but for Martin Heath, and many others like him, it’s hard to settle back into civilian life. Which is why a letter from an old comrade comes as a lifeline. It contains news of a job – a position with an elderly gentleman called Mr Godley in deepest Devon. Sounds like the answer to Heath’s prayers, a new start in a peaceful and tranquil place and he discovers he has much in common with his elderly employer, who saw action in World War I. But as the past comes back to haunt them both, things begin to unravel in a haunting tale which combines ghost story and mystery. Out now as a hardback and on 4 October for Kindle.
Pre-order now on Amazon

By Sonja van der Westhuizen
A few months back someone asked me what my favourite book of the year was, so far. After staring into space for a minute or three, I came to the conclusion that there is no such thing as a favourite or best book of the…
Features

By crimefictionlover
Ever since we started Crime Fiction Lover back in 2011, the site has been devoted to discovering crime fiction from all round the world. Early on, we were reviewing the likes of Henning Mankell and Jo Nesbo. From Scandinavian crime fiction we expanded our translated…