On the Radar — Suicide is a staple cause of death in crime fiction. At first, anyhow. Soon the detectives find out that what looks like suicide is actually a murder and then the intrigue begins. We might just have a book or two like that among our new releases this week here in On the Radar. But what if an apparently suicidal character isn’t what they seem? Hmmm. It’s something that Will Carver ponders after five or so years away from the crime fiction scene and Good Samaritans is this week’s lead book. Tell us what you think. 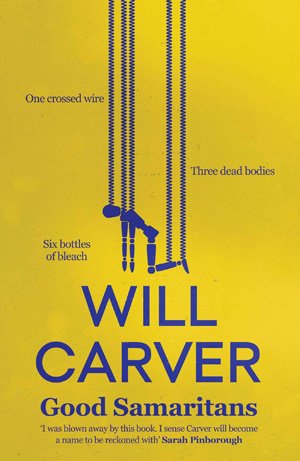 Good Samaritans by Will Carver
He’s best known for the January David series, which ended in 2013. Now Will Carver is back with a standalone that takes good deeds to a whole new level. Sleep and Seth Beauman don’t get along, so he stays up late, calling random strangers and hoping to make a connection while his wife sleeps upstairs. Then one night he gets a crossed line. Hadley Serf is suicidal and thinks she is talking to the Samaritans. It’s the start of a strange relationship that can only end in tears… Out 15 September.
Pre-order now on Amazon

Breathe by Dominick Donald
Debutant Dominick Donald has picked 1950s London as the time and place for a novel that teams up good old fashioned police work with a touch of the supernatural. Ex-soldier Dick Bourton is a probationary bobby whose beat is in one of the capital’s poorest areas. One night he stumbles over the battered body of a man on one of Notting Dale’s many bombsites. What happens next sets in train events that will lead to the discovery of a shadowy serial killer who no one knew existed and is destined to put the person Dick loves most of all into extreme danger. Out 6 September
Pre-order now on Amazon 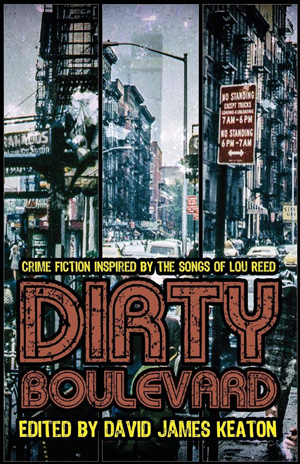 The Dirty Boulevard edited by David James Keaton
Exploitation, poverty, child abuse, intolerance… they’re all themes of the song Dirty Blvd by Lou Reed, a musician who has given given inspiration to the gang of crime authors who appear in this short story collection from Down & Out Books. You should check it out and sample stories by Alison Gaylin, Reed Farrell Coleman, Cate Holahan, Gabino Iglesias and Tony McMillen, all edited by short crime and horror expert David James Keaton. Reading crime is the new rock n roll, haven’t you heard? It’s out 13 September.
Pre-order now on Amazon 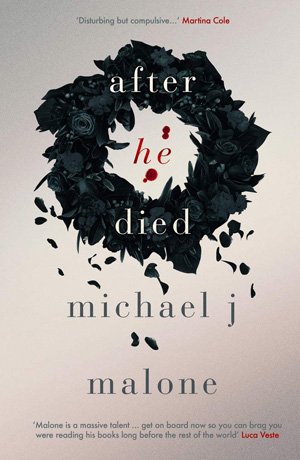 After He Died by Michael J Malone
Michael J Malone’s recent psychological thrillers have given a new spin to well-worn themes, and After He Died follows the trend too. Paula Gadd is devastated when her husband of 30 years dies suddenly. They were a tight unit, particularly since the death of their son, seven years previously, and she loved him dearly. But at the funeral someone slips her a note which forces Paula to take a closer look at her marriage and what she discovers is set to put her life in the firing line. The ebook of this release is already out, with the paperback version making an appearance on 30 September.
Buy now on Amazon 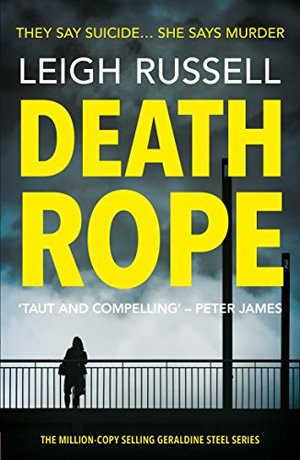 Death Rope by Leigh Russell
Out already as ebook, Leigh Russell’s latest Geraldine Steel novel will be arriving in November as a paperback. And, as the title suggests, she faces a case in which what looks like a suicide could well be a murder. Mark Abbott’s sister is dead and Steel seems to be the only one who will listen to him. Then, more members of the Abbott family start to go missing and Steel is surprised to find she is dealing with an old and deadly adversary.
Buy now on Amazon 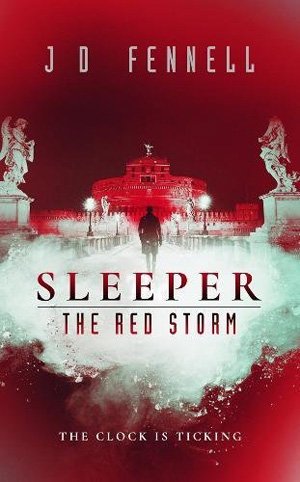 Sleeper: The Red Storm by JD Fennell
In a world awash with fake news, false flags and surface over substance there is something very enticing about the idea of a sleeper agent in fiction, and that’s what JD Fennell is capitalising on with this novel set in 1943. The story begins with British agent Will Starling in France, assisting the Resistance, but he’s experiencing strange memory problems. Later, back in Blighty, he’s assigned to find out more about a project called VIPER being carried out by the Axis powers, but there is a mole in MI5… This one is already out as an ebook but you’ll find it as a paperback from 25 October.
Pre-order now on Amazon 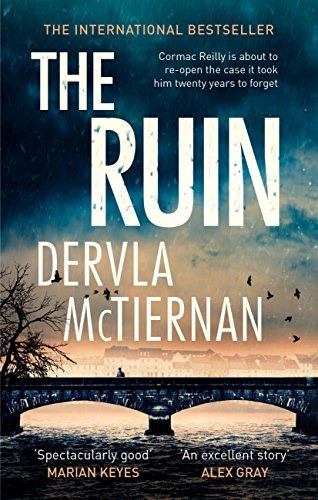 The Ruin by Dervla McTiernan
Now living in Australia, Dervla McTiernan returns to her Irish roots for a police procedural set in Galway that’s out already as an ebook and is released as a paperback on 6 September. Twenty years on, Detective Cormac Reilly is still haunted by the body of Hilaria Blake, found by the young garda in her crumbling home, and also haunted by the two children she left behind. Now he has moved from Dublin to Galway and is about to re-open the case he has found impossible to forget. What ties a recent suicide to that death from so long ago? And who among his new colleagues can Cormac really trust?
Buy now on Amazon

By Sonja van der Westhuizen
Will Carver’s writing is like tequila, or Marmite, perhaps. He produces a hot and abrasive brand of crime fiction that makes readers uncomfortable. For some this is delectable and it leaves you wanting more. For others, the approach is… challenging. If you dare to read…
Features

By crimefictionlover
Why do we love crime fiction? Maybe one of the reasons is that it’s the genre where the monsters seem real – well, they don’t rely on magic, spells or supernatural powers to carry out their work. Usually it’s very human stuff. Or inhuman, in…
KindlePrintReviews