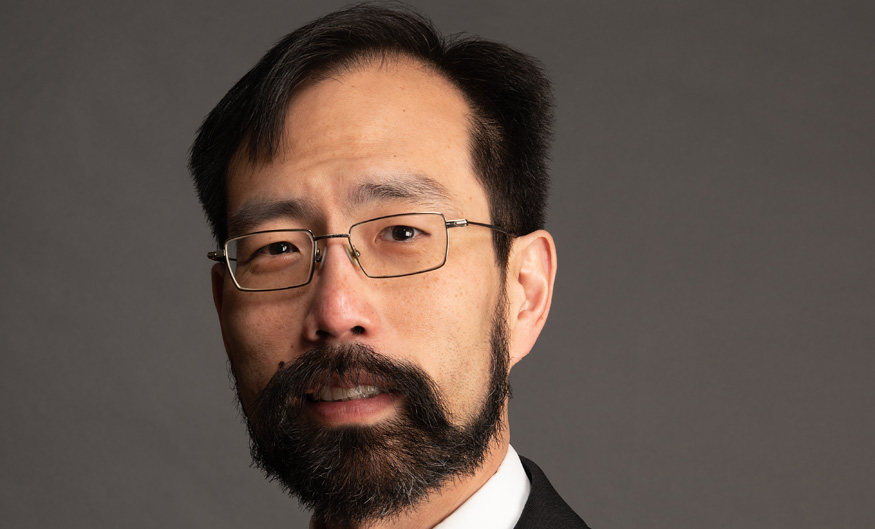 If you subscribe to The Rap Sheet, our weekly email newsletter, you’ll have received the first chapter of Christopher Huang’s debut novel, A Gentleman’s Murder, a few weeks ago. What a great taster to the book it was. The Montreal-based author is with an innovative new publisher called Inkshares and not only has his first Golden Age style mystery come out this month, but it’s also being turned into a television series. It’s all go for the new crime writer, who is inspired by authors like Agatha Christie. We asked him about the book and about his budding career…

You’re a debut crime novelist. How did A Gentleman’s Murder come about?
I was finding it harder and harder to find examples of the very specific sort of crime fiction I preferred – mysteries in the Golden Age style, emphasising the puzzle – and one day I decided I should try writing my own instead. After a few other attempts that weren’t all that good, I thought A Gentleman’s Murder seemed to show more promise, so I developed it with a second draft over the next few years. Then I was introduced to Inkshares, and now here I am. 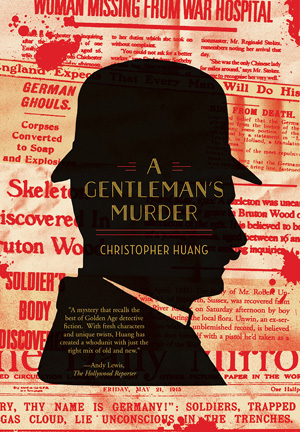 And what are crime fiction lovers going to love about A Gentleman’s Murder?
I think the tastes of crime fiction lovers are a lot more varied than the historical cosy/noir divide would imply. I expect to appeal to fans of the Golden Age puzzler and people who’d like to look back at the period with a few modern sensibilities colouring the lens. I don’t believe it’s possible for a modern writer to replicate the period without some sort of contemporary commentary, but that’s what makes things interesting.

Why did you choose a Golden Age-style story and setting?
I love the style and and I love the setting. There was a part of me that thought I’d need to do less research, given that forensic science was not as developed and police procedure was less codified, but I soon paid for that silly assumption when the period research began to pile up.

Tell us a little bit about your sleuth, Lt Eric Peterkin?
Eric is the half-Chinese son of a British colonel. He was brought up British, but the world doesn’t see him that way. Meanwhile, the complete disconnect with his Chinese heritage means he’s not very well accepted there either. It makes him an outsider on both sides, but the key thing about Eric is that he is not about to mope about any of that: he’s got his life to live, and he’s not about to let a silly thing like other people’s opinions keep him down.

You are a Singaporean, now based in Montreal. Tell us a little bit about how your own experience has gone into the character?
To be honest, I’ve never felt like much of an ‘other’ in Canada. In Singapore, however, where I was one of the Asian majority, I was often considered too westernised by those of my peers whose connection to their Asian heritage was stronger than mine. It was this sense of being apart from your own people – and I’ll admit that much of it was my own fault – that I drew upon when considering Eric’s situation.

World War I casts its shadow too. How did you research that and the 1924 setting?
I wasn’t expecting to do as much research as I did on either World War I or the 1924 setting. I thought I’d be able to coast by on what I’d already picked up from my reading. Every few paragraphs, though, I’d run into some detail that would require fact-checking, and then it was off to Google to hunt down the information. Along the way, I’d find relevant information that I’d want to include further down the line, or which necessitated a change earlier in the story. Things just snowballed from there.

Who are the bad guys?
I can’t really discuss this without spoiling the story, but it is my personal belief is that the bad guy of a murder mystery is not always the murderer we spend the book hunting for. That’s certainly the case here, and some of their motivations could even be said to be quite honourable, even if they do run counter to Eric Peterkin’s equally honourable goals.

Inkshares works a bit differently, with readers choosing what the company publishes. Tell us more about that?
Inkshares offers publication to any novel that manages to sell enough pre-orders within a stated campaign time – usually 750, though contests and the like can change the number. Each pre-order is meant to be a vote of confidence, a reader saying that they’d pay money – by actually paying money for a pre-order, because talk is cheap – to see this book in print. The shared experience of this struggle for pre-orders leads to the formation of a community of authors, and I know I could not have made it without the support of my peers. I was nominated by those who’d gone before me for a contest, The List, and that enabled me to finally achieve my publication goal.

The book has not only been picked for publication by Inkshares but is already being turned into a TV series. What’s that like for you, and what do you hope the televised version will be like?
It’s unreal. I’ve decided it’s just easier to act as if nothing unusual is happening. As for the televised version, I actually hope that the identity of the murderer will be changed, just so people who’ve read the book can enjoy the puzzle all over again.

What’s next for Christopher Huang?
I’m working now on a novella with a darker focus, something more horror than mystery. After that, I’ll be focusing on a sequel to A Gentleman’s Murder.

Watch for our review soon, and find out about more debut novels here.

By Sonja van der Westhuizen
Barely a year since his last novel author, Calgary-based author Jeff Buick is back with another fast-moving action thriller. This time he transports us to Abkhazia, an autonomous region inside Georgia, which has been fighting for independence since the USSR’s collapse in 1991. Given the…
Features