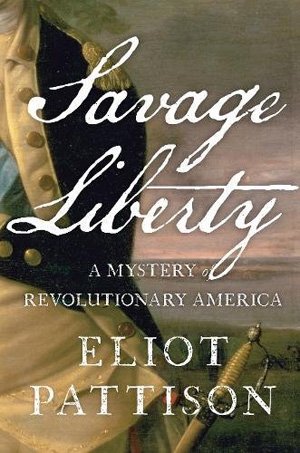 Written by Eliot Pattison — Revisionist historical fiction can sometimes feel like it’s trying too hard to reinterpret the past via the lens of modern sensibilities. On paper at least, Eliot Pattison’s latest novel in the Duncan McCallum series set in pre-Revolutionary America ticks so many diversity and political correctness boxes that you might wonder if it’s too modern, too educational, if there is any fun left in reading it. But fear not! Pattison demonstrates that a meticulous recreation of the past does not have to be old-fashioned, nor does it preclude entertainment.

It’s 1768, Boston, Massachusetts. The Seven Years War between Britain and France is over, and much of France’s former possessions in North America are now in British hands. Needless to say, this is not a state of affairs to please the French king, so his spies are still meddling in the colonies, where the political situation is becoming more tense every day. The idea of a free, independent nation is barely whispered about, but there is considerable dissatisfaction with the corrupt way in which local bureaucrats are applying George III’s laws and customs, and growing demand for a voice in government.

Against this backdrop, Scotsman Duncan McCallum has come to America to take refuge from his own historical demons: the Glencoe massacre still casts its long shadows on his homeland, the Highland Clearances are beginning and Bonnie Prince Charlie’s bid to take back the throne has been unsuccessful. But Duncan is not one to stand idle and soon gets involved in American history. The Arcturus, a merchant ship from London, explodes in the harbour, killing all 38 people on board. Duncan soon discovers that the ship was sabotaged and that one of the people on board, a converted Native American called Jonathan Pine, was tortured because he was transporting a secret document for the Sons of Liberty, that small band of rebels opposed to British rule and demanding equal rights for the Colonies. Real historical characters such as Samuel Adams and John Hancock make a brief appearance, but it’s largely the lesser known aspects of history which are at the forefront of this book: the appalling treatment of native American tribes by European settlers, the ambiguous role of the church in setting up new towns and schools, and the ever-present land-grabbing rivalry between two superpowers.

Savage Liberty feels a bit like a Western and also has a bit of a Fellowship of the Rings-like quest to it as Duncan sets forth with a motley crew made up of representatives of various First Nations tribes, a travelling juggler with a pet monkey, a 12-year-old boy with a giant dog, a former soldier, an Evangelical priest and many more. They are repeatedly attacked, betrayed, imprisoned, yet make good their escape, but not without intense personal cost. The sheer amount of names and plot details becomes overwhelming at times – the story would have benefited from more streamlining. Nevertheless, the historical detail is enjoyable and it certainly added to my hazy knowledge of that period in American history.

This is the fifth book in the McCallum Bone Rattler series, so you might be somewhat reluctant to start here. Yet, although you may miss some connections to characters and events which had been introduced in previous volumes, the advantage with historical fiction is that you know how things worked out by and large. So I would recommend jumping in at whatever point in the series, and then seeking out the rest.

Also try Robin Blake’s books set in Georgian England or The Silent Boy by Andrew Taylor. Take a journey through the ages in this article on Historical noir.

Death on a Winter Stroll by Francine Mathews

By Vicki Weisfeld
Reading Death on a Winter Stroll by Francine Mathews is like a vacation in an idyllic spot, at the most festive of times… with murder. It’s a police procedural set on an island 30 miles off the coast of Massachusetts. This is not a location…
iBookKindlePrintReviews