Though writers like Lionel Shriver might not like it, Penguin Random House has made a commitment to reflecting Britain’s ethnic diversity in the writers it signs. As part of that intention, imprint Harvill Secker has joined forces with the crime fiction festival Bloody Scotland to launch a new competition for authors from Black Asian Minority Ethnic (BAME) backgrounds.

Entries open on 9 July, so if you’re from one of the groups included and haven’t previously been published, it’s time to get writing. You’ll need the first 5,000 words of your crime novel ready and a plot outline. Entries close 9 September 2018 and the winner will be announced in November 2018. We don’t yet have details on how to enter, but we will add them to this story when we do. 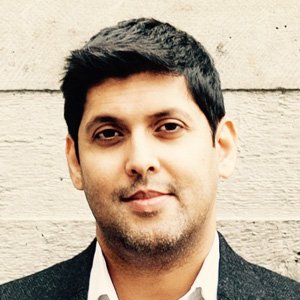 The prize will be a £5,000 advance, a contract to have the book published, and a panel appearance at Bloody Scotland in 2019. Sponsor Avron will give the winner the chance to join one of its writing retreats in 2019 as well.

If you scan through the reviews on Crime Fiction Lover, you’ll notice a paucity of non-white crime authors even though our coverage generally reflects the market. However, this is changing and last year we featured six British Asian writers to try. One of them is Abir Mukherjee, winner of a previous competition run by Harvill Secker and The Telegraph in 2014. He’s now published three novels, is up for all kinds of awards, and is on the committee running this new competition to discover a new BAME author. He will also mentor the winning writer.

Other judges will include Ann Cleeves, journalist and co-founder of BAME in Publishing Sarah Shaffi, and Harvill Secker Editorial Director Jade Chandler.

By crimefictionlover
Ken Follett is a name often associated with historical fiction but the Welsh author’s first major success was the wartime espionage thriller, Eye of the Needle, in 1978. It’s a tightly told psychological tale of deception on an isolated island. His return sees him move…