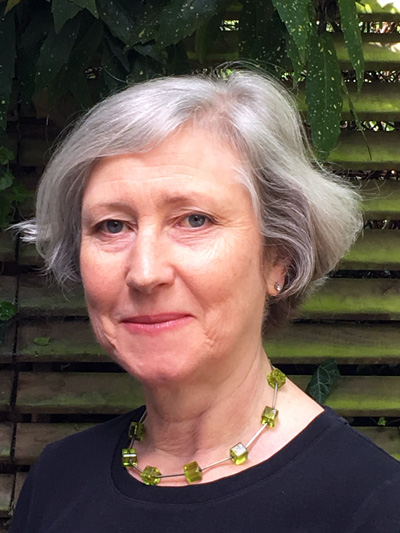 Isabelle Grey is a prolific writer, whose crime fiction series features murder detective Grace Fisher. She’s also written the standalone psychological thrillers, Out of Sight and The Bad Mother, and her television writing credits include over 35 episodes of series such as The Bill, Casualty, Wycliffe, Rosemary & Thyme and Midsomer Murders. She also writes journalism and non-fiction books under the name Isabelle Anscombe. She grew up in Manchester, was educated there and at Newnham College, Cambridge, and now lives in London.

Her Detective Inspector Grace Fisher is about to delve into the murky past of the police and a town with secrets in a cold case review when the fourth novel in the series, Wrong Way Home, is published later this month. We collared Isabelle for a briefing on what to expect as Grace investigates a brutal historic rape and murder in Southend, Essex, and goes after the most dangerous killer of her career.

What do you hope crime fiction lovers will love about Wrong Way Home?
Grace Fisher has a very obvious puzzle to solve in Wrong Way Home when DNA evidence points to more than one suspect in a crime committed by one man. I had extraordinary help from a serving detective and a leading forensic scientist, which made it so exciting to write the story, confident that Grace was right at the cutting edge of modern police work. And then, as I wrote it, it also became about families, and about dealing with the past – whether it makes you who you are, or whether you can choose to escape it. 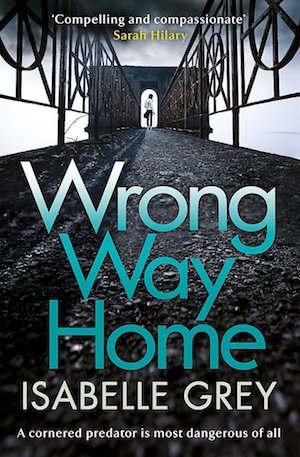 This is the fourth book in the Detective Inspector Grace Fisher series. Can you us move about her and how she is developing as a character?
Grace is emerging from the shadow of her own past, covered in Good Girls Don’t Die, and becoming far more confident – in her work, at least, if not entirely in her personal life! She will always suffer a measure of self-doubt, but then that’s what makes her a good intuitive detective. Nevertheless, in this book, she’s starting to realise what she wants for herself.

You are a former journalist with the inside track on the relationship between journalists and police officers. Grace has worked closely in the past with tabloid crime reporter Ivo Sweatman. Have you drawn on your experiences of working with the cops?
I was a feature writer – never a news or crime reporter – so Ivo and his relationship with Grace is pure wishful thinking! But, as a journalist, I did interview probably hundreds of people, and later, as a TV screenwriter, worked alongside a lot of cops, so it wasn’t such a huge leap of imagination to put myself – with a pinch of salt – into Ivo’s shoes. Police officers, like doctors, deal with stories which they have to prove or disprove with whatever evidence they can find. Journalists go the other way and take information they’ve gathered and turn it into a story. Sometimes these two different aims end up at odds with one another, which is partly why Grace tries to distance herself from Ivo. She also has a personal reason, but I don’t want to give too much away for anyone who hasn’t yet read The Special Girls, the previous book in the series!

Grace is investigating a cold case from 25 years ago, when both the police and journalists acted very differently from today. What drew you to feature an old unsolved case this time?
First of all, I couldn’t resist writing about that moment when a police officer gets to knock on a perpetrator’s door after 25 years and say, “You know why we’re here, don’t you?”

Plus I liked the juxtaposition between the incredible potential of current forensic science and a time when the tools of physical evidence were far more limited. I’m always interested in the loyalties and ‘noble cause corruption’ within institutions, especially the police. Years ago both the police service and crime reporting were more of a boy’s club. They had greater autonomy to trade information, but that sometimes gave rise to inappropriate loyalties or even outright corruption – and paradoxically also to a greater sense of honour, if sometimes only honour among thieves. So all of that is in the book. 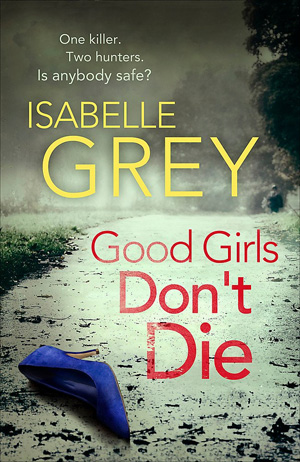 There’s a stark contrast between old hack Ivo Sweatman’s world of print journalism and the young podcaster Freddie Craig, who appears to favour the adage ‘publish and be damned’. There are many excellent true crime podcasts that are not that extreme! Do you find them a good source material for crime fiction?
Rather than material, what I have taken from true crime podcasts is how they’ve created a really fascinating new medium. I love their inherent ambiguity around the boundary between documentary truth and the use of theatrical forms of storytelling. Just because I’m hearing real voices, it doesn’t mean that both the narrator’s tone and the material aren’t being deliberately bent and shaped to elicit doubt and create misleading portraits and cliff-hangers, while cascades of detail suspend my disbelief by submerging me in a ‘real’ world. True crime podcasts are about constantly shifting perceptions, making the listener repeatedly re-interpret the evidence while trying to join the dots. What Freddie Craig tries to do is to make his listeners doubt him. Is he, the narrator, merely trying to make his material more entertaining or is he genuinely getting dangerously sucked in to his own story?

You are also a screenwriter who has worked on award-winning series. What motivated you to write crime fiction? Is this a very different writing process for you?
Fiction is a very different beast to screenwriting, but it has not only given me the chance to write exactly what I want, but also to experience a very different process. Each form enriches the other. Screenwriting can be very strategic, which is useful in plotting, hiding clues and creating suspense, while writing a novel – for me, anyway – is much more organic. Jimmy McGovern talks about simplicity of plot, complexity of character, and I think that is even more important in a novel. When I no longer have a charismatic actor to make the audience root for a character, I have to do all the work of an actor myself, which has greatly increased my respect for what they do!

Do you visualise your book characters as you write and if so, who would be your actor of choice for Grace?
I don’t so much visualise my characters as hear them, and hear their thoughts. Perhaps it’s because the many years I’ve spent writing screenplays have taught me not to second-guess the casting director! My dream casting for Grace would be an actor like Claire Foy or Emily Beecham, who can both show inner calculation or turmoil while remaining magnificently quiet and still.

Will we being seeing more of DI Grace Fisher?
Grace is taking a little break while I write something rather different, although I’m sure she won’t stay away for long.