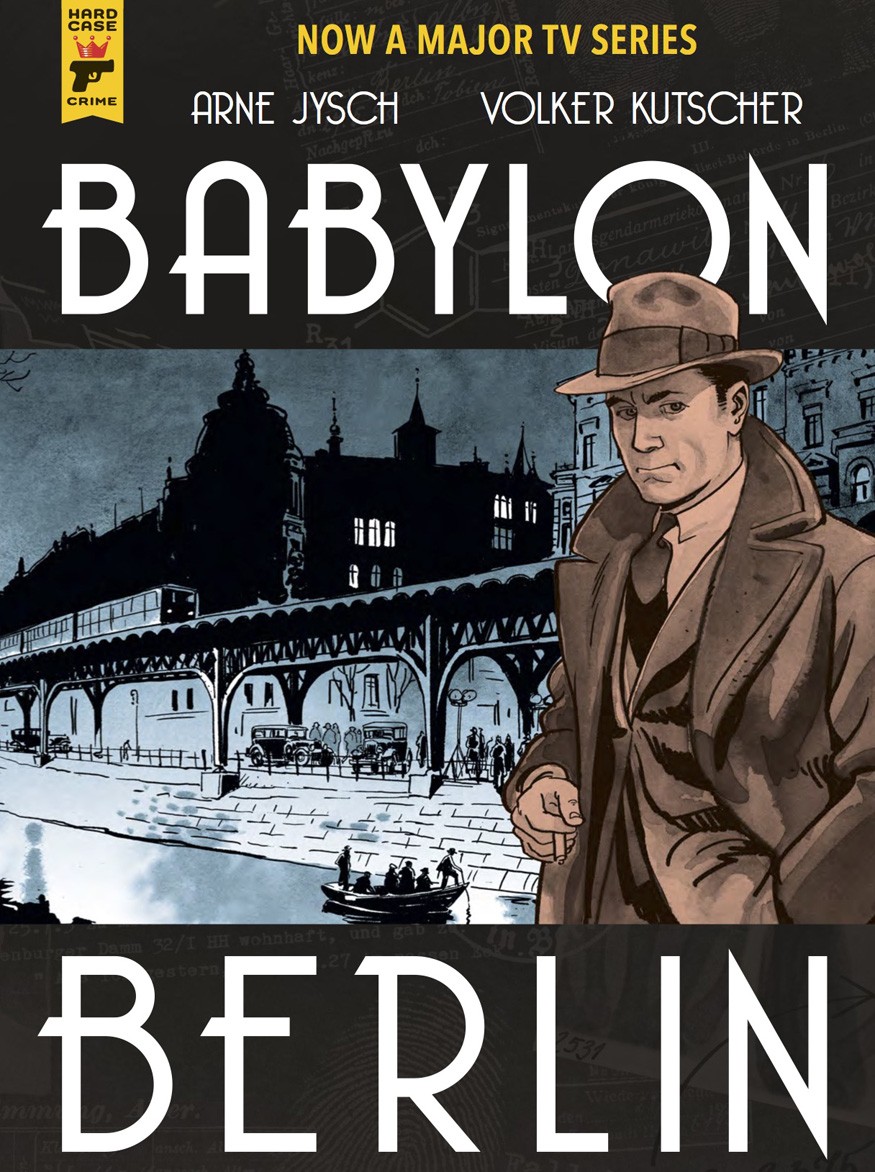 We’ve got a treat for you today if you’re a fan of Babylon Berlin, German crime fiction or graphic novels. Before the television series was created, the story existed as the book Der Nasse Fisch – German for The Wet Fish. This popular thriller, set in 1920s Berlin, would be adapted to become the most expensive non-English language TV drama ever made. However, prior to that, it was adapted for the graphic novel format by artist and writer Arne Jysch.

Renamed Babylon Berlin in order to chime with Netflix making the series available to stream in the US, the graphic novel has been translated and published by Titan Comics and Hard Case Crime. We’ve already reviewed it, but below Arne joins us to share some work-in-progress art from the graphic novel along with the thinking behind this particular chase scene from early the story. 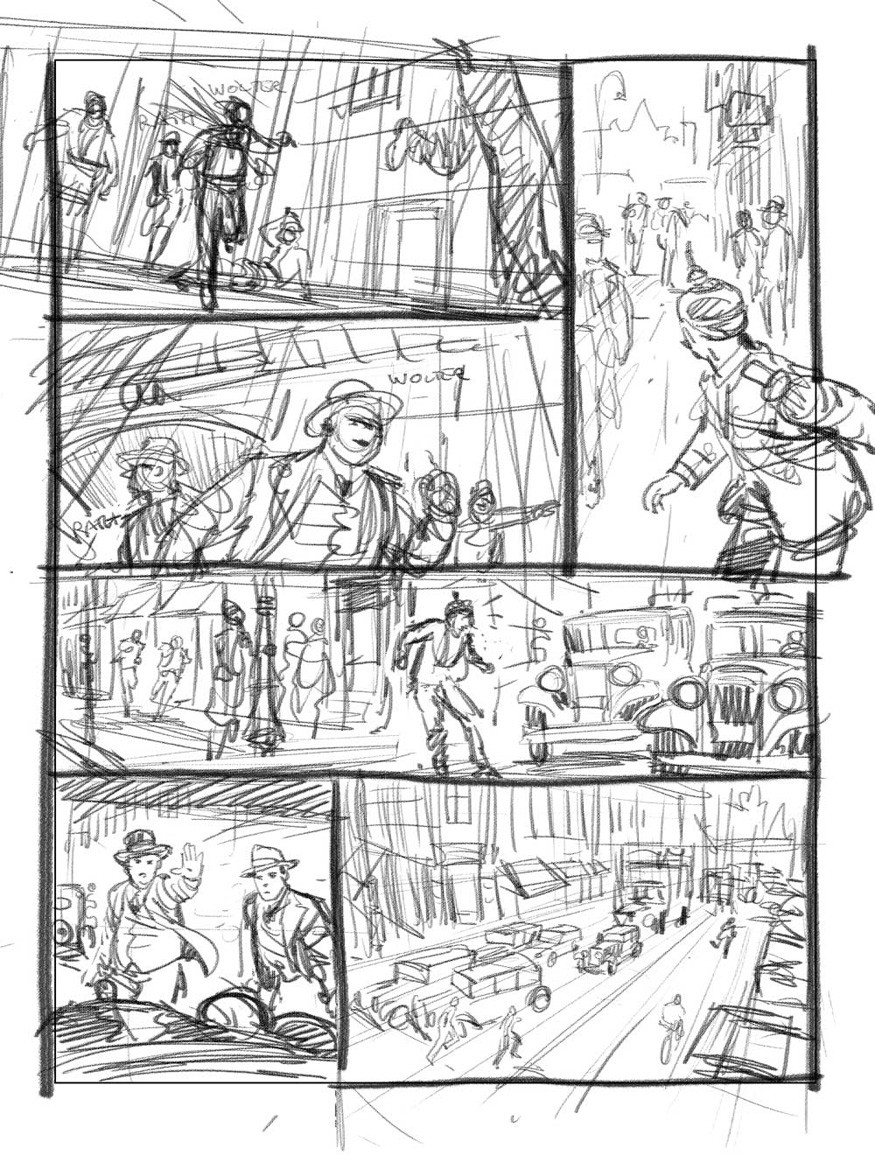 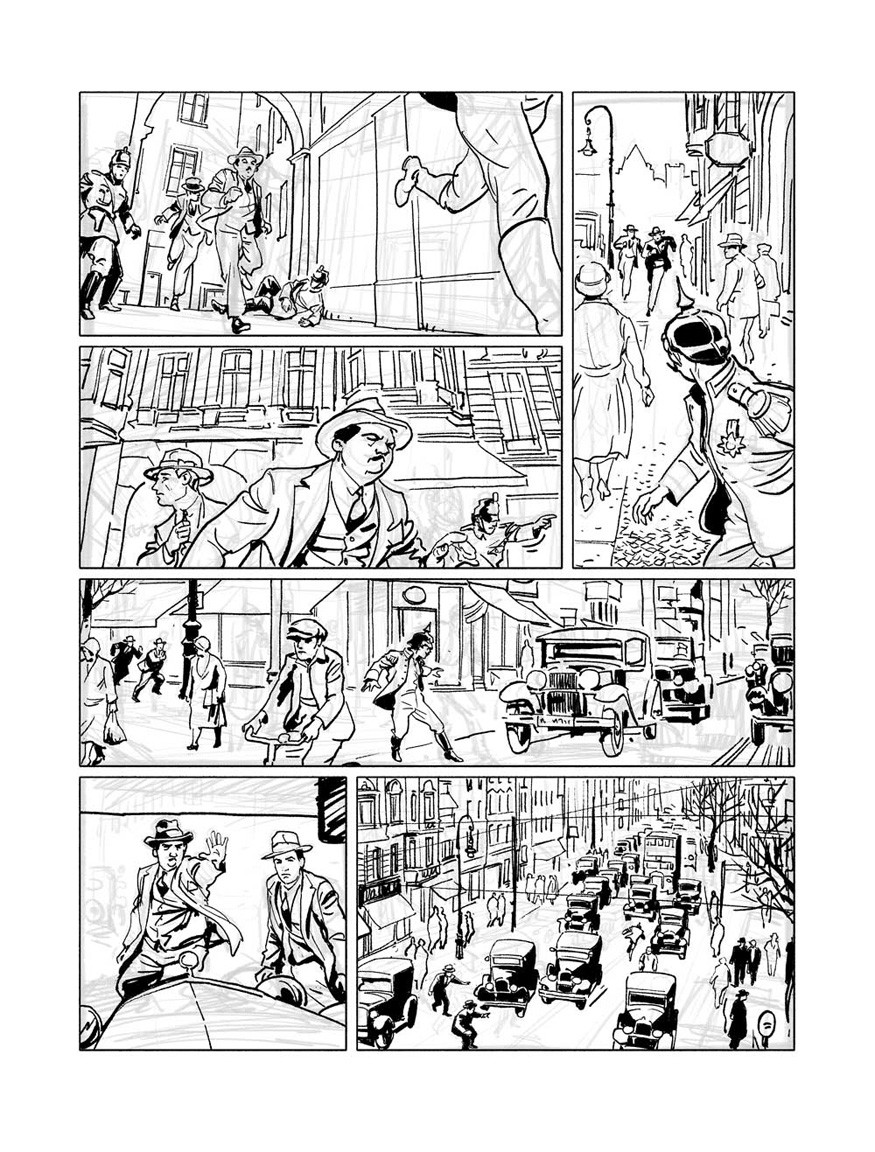 Initial inks – “This was a​ great way to communicate their relationship to each other during a turbulent pursuit scene. As inspiration for this foot chase through Berlin’s traffic, I not only studied street photos from the 1920s, but also camera angles from various current action films.” 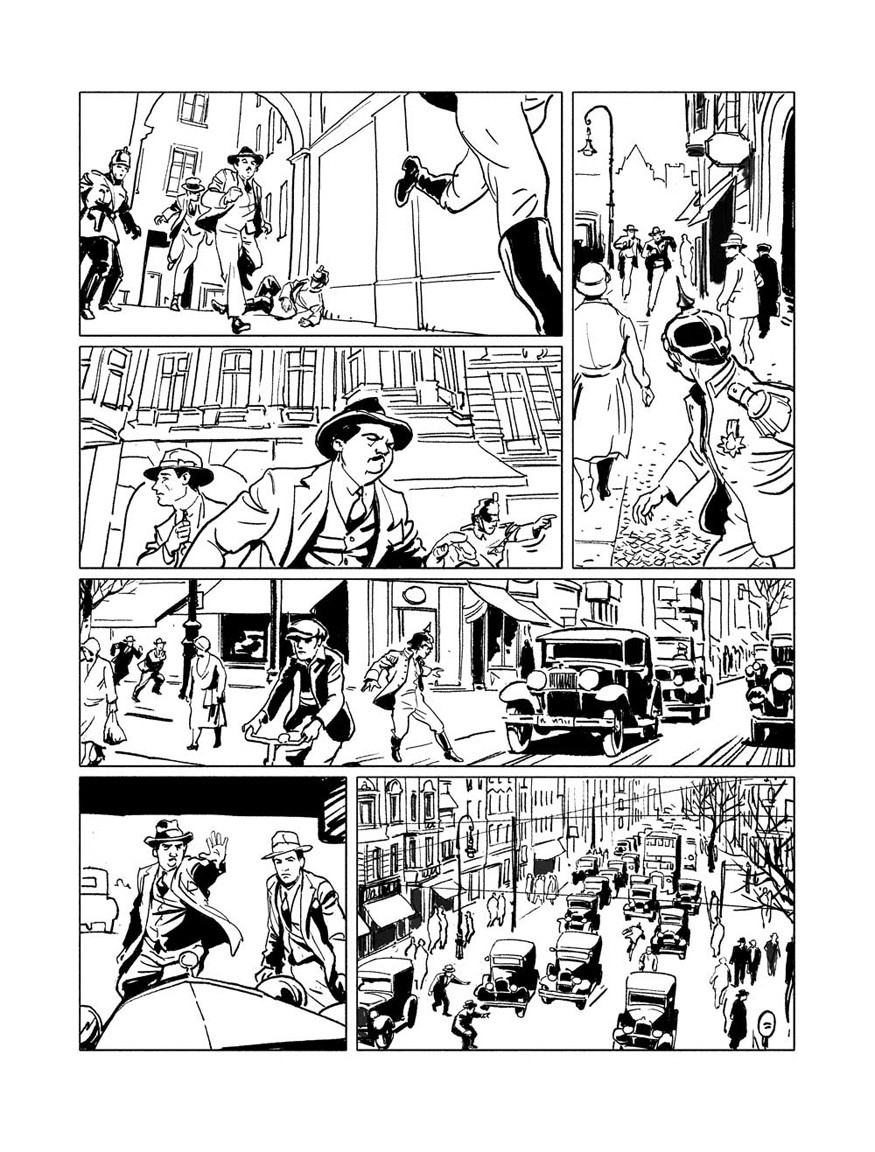 Cleaned-up inks – “This is one of the few scenes in the comic version that I have rather expanded compared to the novel instead of shortening it, because of its visual potential.” 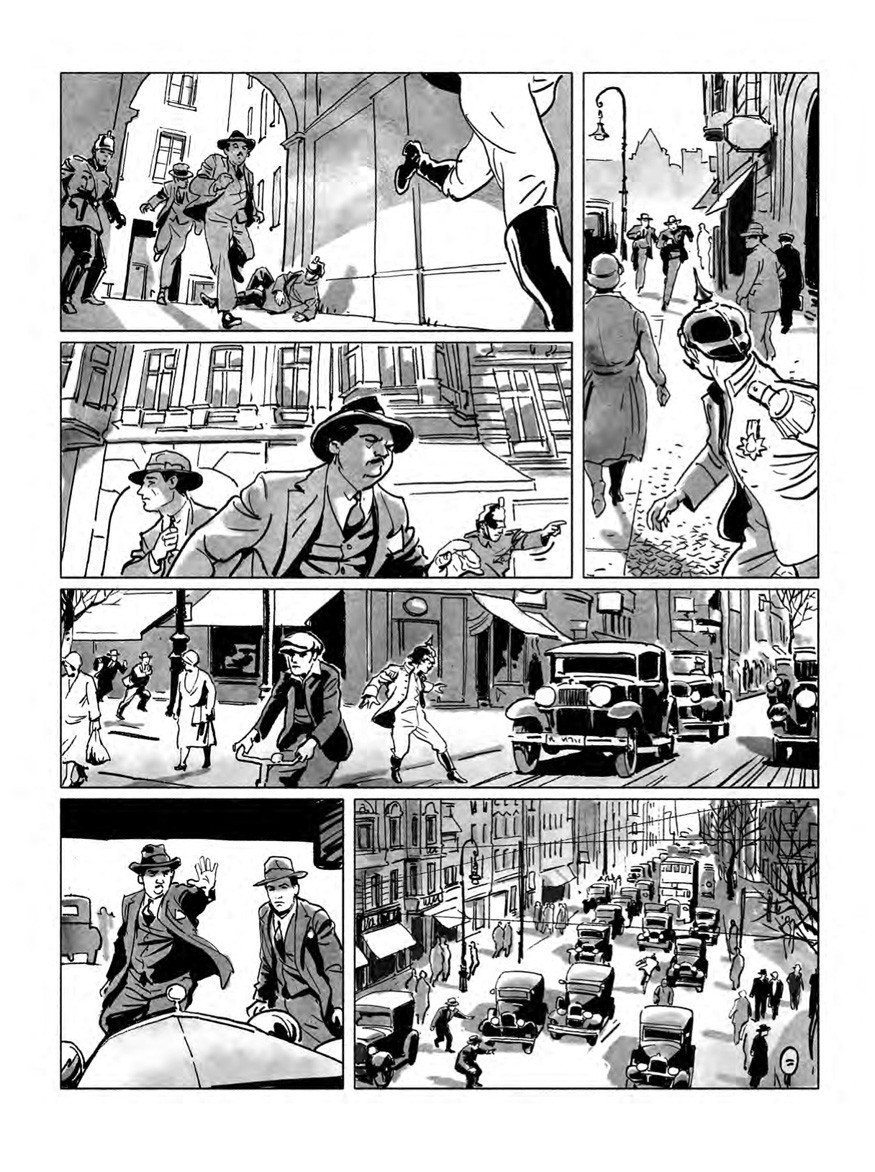 Coloured and completed, page 30 – “The whole sequence finds its climax on the upper levels of one of the largest construction sites of the era: the Karstadt department store.”

By crimefictionlover
The shadowy, untamed forests of Lower Saxony provide a suitably eerie backdrop for Dark Woods, the latest German crime drama to hit British screens. Even in the summer, the tall evergreens block out the sun, leaving walkers feeling disorientated. Add some weird, primeval sculptures and…
Features