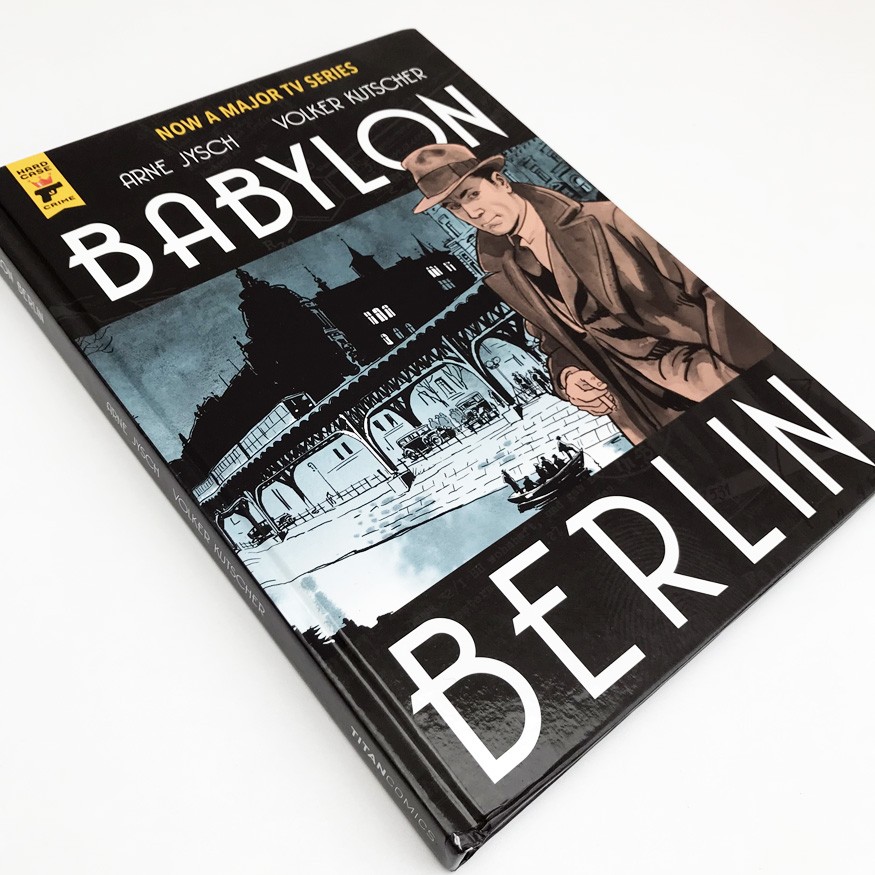 Written by Volker Kutscher, artwork by Arne Jysch — This graphic novel version of Volker Kutscher’s Babylon Berlin is an impressive beast. The first thing you’ll notice is its size – A4, with a solid hardback binding and over 200 pages inside, it’s not at all your typical trade paperback in any way shape or form. And that’s part of the luxury, as Titan Comics and Hard Case Crime give fans of the incredibly captivating Babylon Berlin TV series another way of enjoying this wonderful piece of German crime fiction.

If you’ve seen the television series and think the graphic novel will merely repeat that story in a comic book format, don’t worry. This is a different experience. The change of medium aside, the story in the graphic novel has significant differences when compared to the TV show. In his adaptation, Arne Jysch has remained more faithful to the book than the producers of the show. In fact, this graphic novel came out in Germany seven months before the series was broadcast and had the same title as the original book, Der Nasse Fisch – The Wet Fish.

The year is 1929, and police detective Gereon Rath has arrived in Berlin from Cologne. He’s landed up in the vice squad, but his goal is to work in the homicide division. A man breaks into the house where he’s boarding, looking for Russian emigre Aleksej Kardakov. Rath boots him out but is intrigued by what has happened.

Across town, a car is pulled from the canal and it contains the body of a man who bears signs of torture. Among the police at the scene is Charlotte Ritter, a stenographer who is there with the male detectives led by Chief Inspector Gennat, ostensibly to record details of the crime scene. However, she has her own ideas and begins to interpret events beside the canal, much to the ire of some of the homicide investigators.

Rath soon finds out how much his vice partner Bruno Wolter is willing to bend the rules of policing. After sleeping with his landlady, Rath starts his own investigation into the Russian Kardakov. Then he gets a break that could allow him to prove his worth as a murder detective. The photo of the man pulled from the canal is circulated during a briefing in the police HQ – it’s the same man who tried to break into Rath’s room a few nights earlier. The canal murder and Kardakov are connected. Once our detective gets into his stride, he mixes with Wolter’s nationalist buddies, who are looking for a stash of gold belonging to the Sorokin family, and braces Berlin’s premier importer of cocaine. The latter has Russian henchmen and is linked to Kardakov and the dead man. Needless to say, this underworld character wouldn’t mind some of that gold, either. Eventually Rath will also cross paths with Charlotte Ritter, later in the story.

While the sights and sounds of 1920s Berlin do shine through in Arne Jysch’s adaptation of the story, they are not as prominent as in the television series. This graphic novel feels much more like a detective story and the focus is more tightly on Gereon Rath. He is a dogged detective, but will bend the rules and play the game a little bit like a corrupt cop because he’s driven by solving the case. He is working off the books, while other parties are trying to thwart him – if not kill him. Multiple cover-ups are going on, and Rath’s challenge is to expose the conspirators while tying things up in a way that saves his own neck. The last section of the story is particularly well done as the plans of various characters conflict or concur with Rath’s.

Unfortunately, there are issues in the way some parts of the plot line have been condensed. In two or three places, the story simply jolts forwards. Tricky situations and seemingly major issues are suddenly left behind and will leave you thinking, “What just happened there?” This makes it a little difficult to settle into the pace of the next part of the story and to absorb its new and quite different intricacies. When Rath kills a man he says it will weigh on his conscience, but the way he zips along to a new concern makes that hard to believe.

Visually, the graphic novel of Babylon Berlin is a lot more consistent. The artwork is in black and white but Arne Jysch really captures the sense that you are in a big European capital in the 1920s, with dark alleys and even darker secrets. While the television show featured plenty of the decadence of the era where the seedy side is paralleled by some fun and free living, here there is a grittier edge. What’s excellent is the way the artist captures the scale of the city, using pages and spreads here and there to demonstrate the extent of the architecture. Grand boulevards, construction sites, shadowy slums, the S-Bahn, rail yards, jaunty old cars – you get a good look at a city in turmoil.

For more graphic novels, click here, or check out our five favourite German crime shows. For some samples of the artwork in the graphic novel, scroll down. 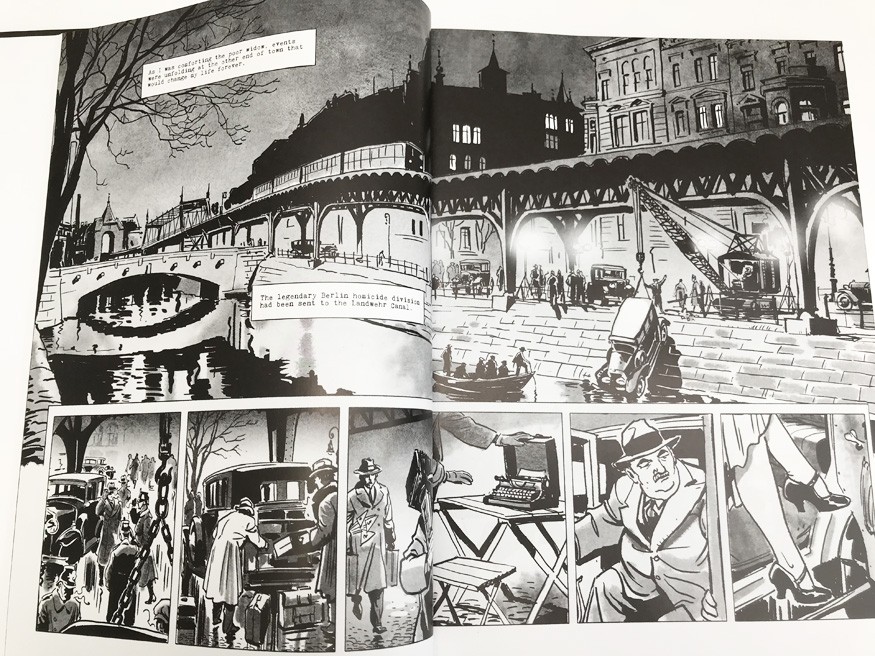 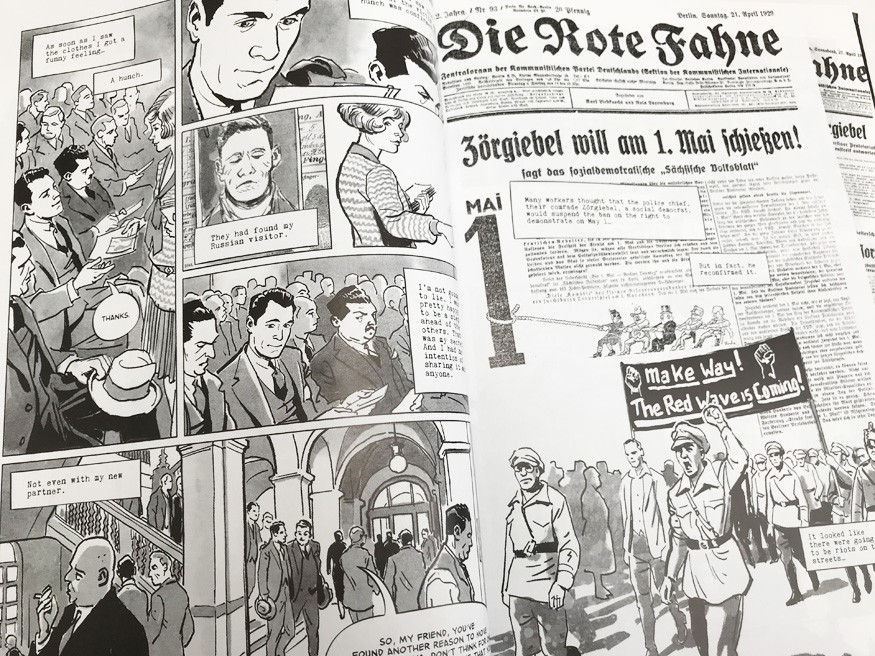 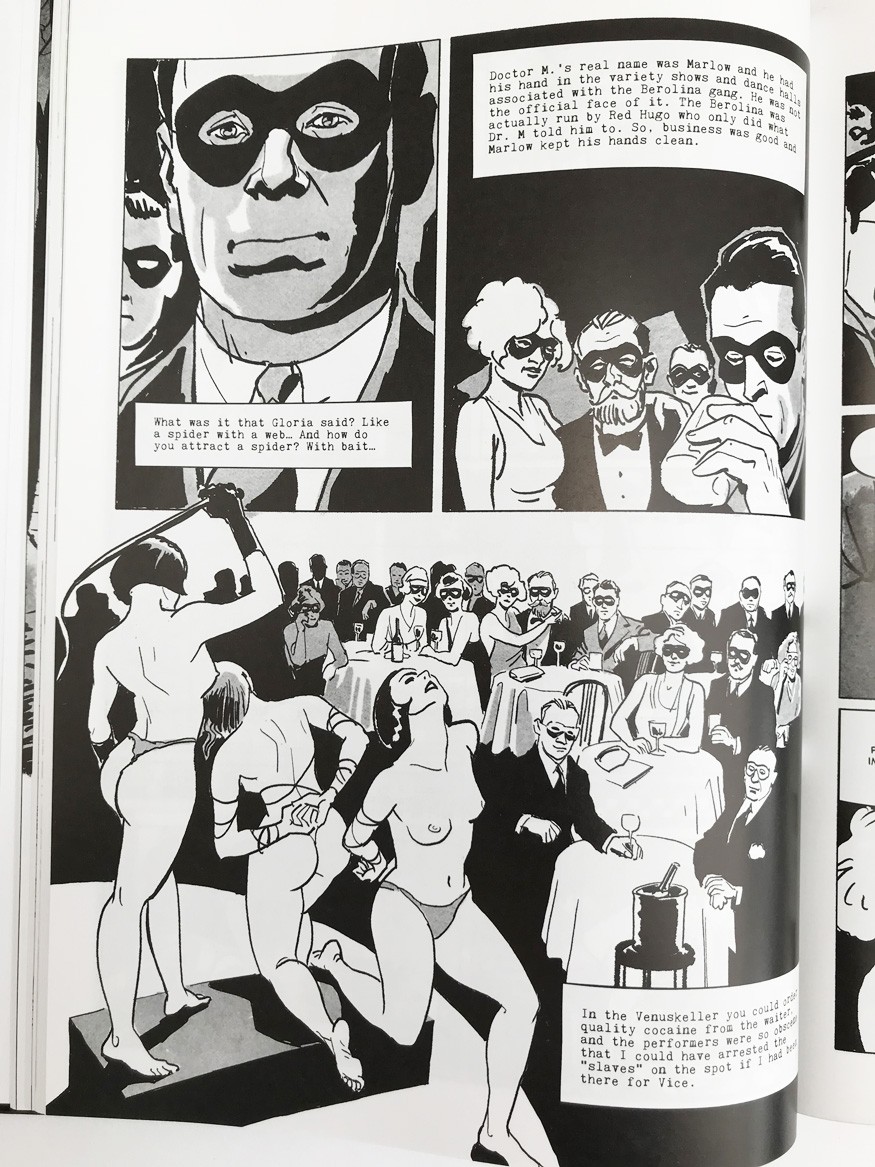 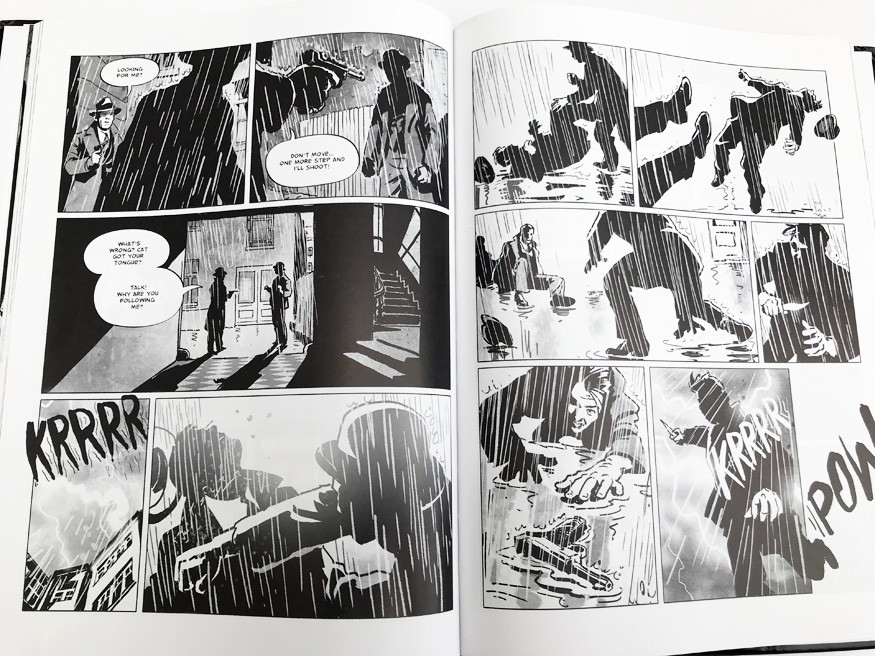 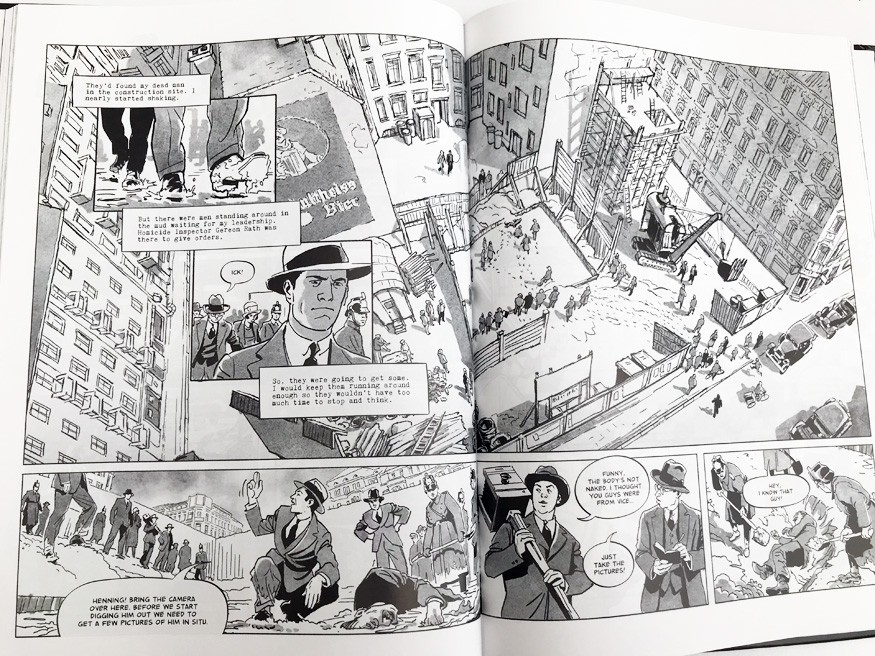 By Erin Britton
There’s nothing better than a nice murder to warm the cockles at Christmastime. In fact, the fine tradition of festive homicide has given rise to such literary gems as Agatha Christie’s Hercule Poirot’s Christmas, Francis Duncan’s Murder for Christmas, J Jefferson Farjeon’s Mystery in White…
Features