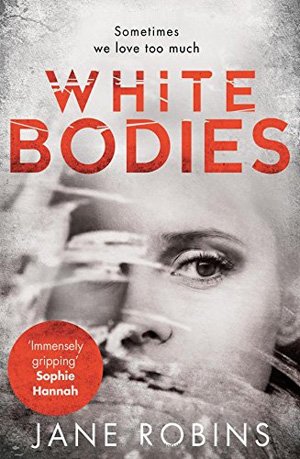 Written by Jane Robins — White Bodies is a fun read that puts a 21st century twist on the premise of the famous 1951 Alfred Hitchcock movie, Strangers on a Train, based on a Patricia Highsmith thriller. That’s the one where two strangers fall into conversation and agree to murder someone of the other person’s choosing. They convince themselves that, since there is nothing to connect murderer and victim, the crimes will be easy to get away with. Right.

But, how would you effect such an anonymous encounter today? Where would you look for such a willing accomplice? The internet, of course! As the book’s character Tilda says, “…the internet is where psychos find each other.” And Robins makes good use of the strengths and weaknesses of social media in crafting her tale.

The protagonist in Jane Robins’s London-based psychological thriller is Callie, a librarian who is a bit socially awkward, and insecure about her looks and everything else. The book explores the relationship between Callie and her twin Tilda in both the current time and a succession of flashbacks in which you see Callie’s consuming obsession with her sister.

Callie increasingly believes that the perfect man that her glamorous twin sister Tilda has become involved with – the wealthy, handsome, larger-than-life and more than a bit obsessive-compulsive American, Felix Nordberg – is actually quite dangerous. Desperate to help, Callie becomes involved with a website called controllingmen.com, where all the classic signs of a relationship headed toward abuse are spelled out, just the way she sees them in Tilda and Felix’s relationship. Tilda’s acting career seems on hold. She’s cutting off friends and even Callie. Her personality shifts. She has bruises. 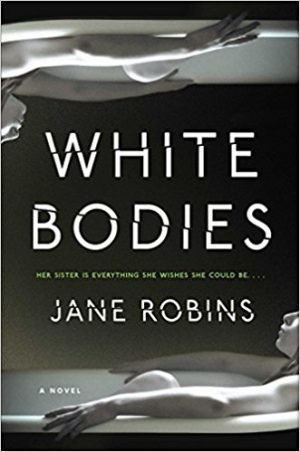 If you’ve ever watched a friend or family member become enmeshed in an unhealthy situation, you’ll share Callie’s frustration that Tilda dismisses her concerns, and you’ll understand Callie’s bafflement at how to proceed without creating a rift between them. At times you may want to wring her neck for the way she continually interferes and can’t stop herself from blurting out her suspicions. In Callie’s world, as in life, a lot of mistakes get swept into the bin of good intentions. Meanwhile, however, she can’t seem to see how her obsession with Tilda and Felix is interfering with her own life.

We know from the first pages that Felix is dead. But was he murdered? The medical examiner says he died from natural causes. Although I was pretty sure how Felix got that way, I hadn’t reckoned on Jane Robins’s diabolical imagination. I had to read some of the last bits twice to be sure I understood the extent of the duplicity that takes place, how some of the coincidences turned out to be not coincidental at all. That sense of something happening behind the scenes that I hadn’t quite grasped really kept the pages turning.

Robins has written several true crime and non-fiction books and has a straightforward style that is a nice counterpoint to the emotions rampaging through Callie. Although it lacks the literary flourishes that I most admire, every one of the main characters in White Bodies is believable. Although, perhaps, Felix is too good to be true, but this is of course one of the reasons Callie comes to doubt him.

Another psychological thriller in which people are trying to sort out the memories and assumptions of childhood is the well-regarded House of Spines by Michael Malone.