Whether you read a few books a year or several a week, your reading time is precious. Review sites like Crime Fiction Lover have become so popular because we help readers quickly and reliably find good books and new, fresh authors. Whether your favourite crime story is cosy, historical, Scandinavian, or hardboiled – whatever your taste – authors continue to take up the challenge of challenging you.

But where do new authors – or authors new to the crime genre – get their start? Often by writing crisp and compelling short stories. Reading a volume of short stories helps you identify new authors you’d like to read more of by actually sampling their wares. You get not a page or two taken out of context like when you click ‘Look Inside’ on Amazon, but tales they consider complete works.

Well-known mystery/suspense author Brendan DuBois says writing – and for that matter, reading – a short story is like a bank robbery. “You get in and get out fast,” he says, whereas reading a novel is “…the long con.” 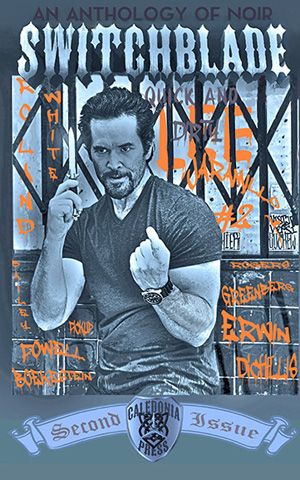 Crime fiction magazines
There are traditional short story magazines, like Ellery Queen Mystery Magazine (EQMM) in the United States, which has been publishing for more than 75 years, and its sister publication, the Alfred Hitchcock Mystery Magazine. This is a difficult market, however, and in recent years a number of publishers of short crime fiction have petered out, such as Crimewave in the UK, whose most recent issue is dated 2013, and Thuglit in the US.

Yet, new editors and cutting edge publishers continue take up the challenge, convinced there are enough good crime writers and adventurous crime readers out there to make a go of it. Most of these magazines are committed to publishing not only the masters of the art, but to identifying talented new voices. EQMM even has a Department of First Stories where many of today’s favourite crime writers got a start.

Three new crime magazines to watch are Switchblade from Caledonia Press, Black Cat Mystery Magazine from Wildside Press, and Down & Out: The Magazine from Down & Out Books. I’ve read early issues of the first two.

Switchblade, edited by Scotch Rutherford, claims to take “…another stab at the best pure, unapologetic hard luck fiction.” If your favourite flavour is gritty, each issue will acquaint you with the work of a dozen authors. Find one you like and you may also find they have – or soon will have – books to explore.

The inaugural issue of Black Cat, published September 2017, includes stories the editors solicited from a number of award-winning writers including Art Taylor, whose On the Road with Del and Louise was reviewed on our site. After this splashy debut, editors John Gregory Betancourt and Carla Coupe expect to publish a mix of new and established crime fiction authors.

The quarterly Down & Out: The Magazine, edited by Rick Ollerman debuted in June 2017, with the intent of doing something different in crime magazine publishing. Although the first issue featured familiar authors writing about their own series characters – leading with the popular author Reed Farrel Coleman – a story of that type, a classic or two, plus new work are expected in future issues. 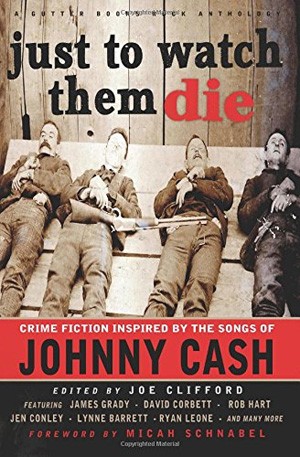 I’ve especially enjoyed these three recent anthologies. Just to Watch Them Die collected crime fiction inspired by the Johnny Cash. It was published by Gutter Books and edited by Joe Clifford. The work of the less experienced writers in this collection survived the publishing Ring of Fire very nicely.

Stories with a travel theme filled Passport to Murder, published in conjunction with the Bouchercon 2017 conference by Down & Out Books and edited by John McFetridge. And, Busted! Arresting Stories from the Beat was published last spring by Level Best Books with multiple editors.

And, the Crime Writers Association weighs in with its new anthology, Mystery Tour.

Given that November is not only a time to celebrate new crime-writing talent, but also the annual US Thanksgiving holiday, you might find yourself in the mood for a new entry in  The Killer Wore Cranberry series. Published by Untreed Reads with J. A. Hartman as editor, the stories feature humor and mayhem around the Thanksgiving table, back in 2017 for a fifth helping.

Two other robust anthology publishers are Level Best Books, which produces several crime story anthologies every year, including its annual November collection of New England stories and Akashic Books, which started its Noir series with Brooklyn Noir, but has now traveled thither and yon to produce short story collections set in more than 90 locales from Atlanta to Zagreb, London to Lagos, Moscow to Montreal. You can discover new authors and new places to visit (or not, depending) at the same time!