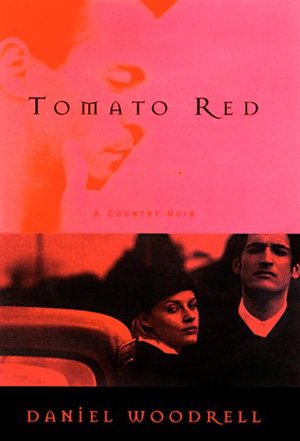 Written by Daniel Woodrell — Daniel Woodrell is a Missouri-born American novelist and short story writer who has recently moved on from the crime and noir of his early stories into more mainstream literary work. His first three crime novels – Under the Bright Lights (1986), Woe to Live On (1987) and Muscle for the Wing (1988) – were hardboiled procedurals featuring Southern detective Rene Shade. They were collected together and published as the Bayou trilogy by Mulholland Press in 2011. This omnibus edition is well worth searching out, and received some publicity when Barack Obama was pictured taking the book for his summer read.

That is not to suggest Woodrell needed his work championed by the president. Hollywood has long since recognised the strength of his writing; Ang Lee adapted Woe to Live On for his 1999 movie Ride with the Devil. The 2010 adaptation of his stand-alone rural noir Winter’s Bone, as well as being one of the best crime films of recent memory, launched the career of Jennifer Lawrence. Most recently, Tomato Red, was made into a movie this year, and came out in April.

Published in 1998, Tomato Red (1998) is another of Woodrell’s rural noir novels and represents the best of his work. Narrated by the drifter and petty criminal Sammy Barlach, Tomato Red has the best setup you’re likely to find in a noir book. Barlach has been moving aimlessly around the Ozarks, and is coming down from a four-day methamphetamine binge. He finds himself dropped off outside a mansion in West Table, Missouri, with an instruction to burgle. Exhausted, he falls asleep and is woken by the sound of a young couple moving through the house. These two turn out not to be the owners, but rather a brother and sister from the poor part of town who have also broken in. Unlike Barlach, they’re not there to thieve but to dress up in fancy clothes, a diversion designed to take them out of their own poor, drab lives. Jamalee Merridew is 19, short, angry, and with fiery red hair. Her brother, Jason, is achingly beautiful and queer. Barlach, realising he has missed the weekend at work, and therefore lost his job, puts in with the pair without any thought to the consequences. 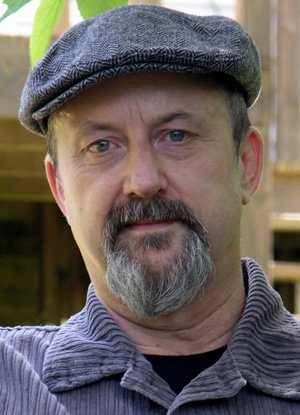 And there, in the space of a couple of sparingly but beautifully written chapters, is everything that the perfect noir story needs. Barlach is kind-hearted, at least after a fashion, but totally unable to keep his worst impulses at bay or resist any temptation. The fate of the Merridews is in the wind when Barlach is around, and so is their mother Bev’s. She’s a trailer park prostitute. You will desperately want these outsiders to prevail, not least because they are so empathically drawn. Although they make some bad choices – setting up Jason as a backwoods hustler, for example – it is clear from Woodrell’s writing they are not bad people. His story, however, has different ideas, and at least one of the family will come to a bad end.

Tomato Red, is a short novel. The No Exit hardcover from 1998 is just over 200 heavily leaded pages, and other than some misadventures at a country club, there is little real plotting. The strengths of the book lie elsewhere. Woodrell excels with his characters, showing their motivations, understanding them, and through dialogue creates an incredible atmosphere and sense of location.

In the late 1990s Daniel Woodrell reinvigorated noir in a way that few authors have done since. Arguably only Megan Abbott with her feverish explorations of female adolescence and Christa Faust’s hardboiled, almost brutal eroticism, have come close in terms of impact. Hopefully the author will write another noir novel soon, but even if he doesn’t he has left us with at least one classic.

Daniel Woodrell features in our road trip of American noir, representing the Mid-West. See below for trailers to Ride with the Devil and Winter’s Bone. For some more grit lit click here.

By DeathBecomesHer
When you’re the only cop in a quiet cop shop in a corner of South Australia’s farming community, Christmas should be a doddle, shouldn’t it? Not so for Constable Paul ‘Hirsch’ Hirschhausen in Garry Disher’s follow up to the excellent Bitter Wash Road. It’s all…
AudiobookReviews

By Vicki Weisfeld
When our reviewer Rough Justice says ‘believe the hype’ about SA Cosby’s rural noir novel, Blacktop Wasteland, he isn’t kidding. His review sketches the fast-paced plot and the significant threats and difficulties the characters face. Suffice it to say that Cosby has achieved that literary…
iBookKindlePrintReviews

By DeathBecomesHer
It’s fair to say that things have been feeling a tad fraught lately, but if you’re looking to escape from the day-to-day and immerse yourself in the dramas of life on another continent, then multiple-award-winning Aussie author Garry Disher is definitely your man. Unless you’re…