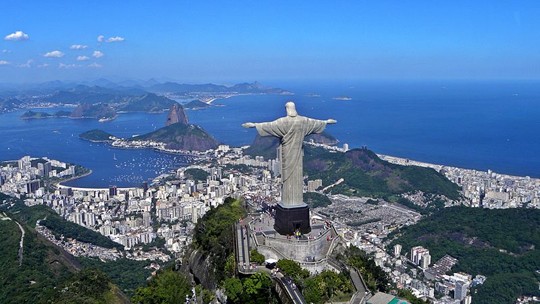 From Mexico all the way down to Tierra del Fuego, Latin America is a diverse region. However, it’s fair to say that most of its countries have two things in common. One, a troubled history, and two, a distrust of the police. So it’s no surprise that crime fiction does not have a lengthy tradition in this part of the world. Violence, regime change, dictatorship, corruption, torture, embezzlement and economic woe are all too painful and present in the nations of Latin America for people to be interested in detectives, guilt and justice.

However, there has been a recent upsurge in Latin American crime writing though the stories tend to be more political, noir and surrealist than what we’re used to. Central and South America were hot topics at Quais du Polar this year, while Brazilian books were honoured at the Salon du Livre in Paris. Mexico was a featured country at the London Book Fair 2015. So we decided to explore the terrain of Latin American crime fiction and see if there was anything worth checking out. Here are 10 writers who have been translated into English to start you off on a love affair with the region… Claudia Piñeiro
Piñeiro was first published in 2000 but is now the third most translated Argentine writer after Borges and Cortazar. She has been compared to Patricia Highsmith and Alfred Hitchcock for her tense depictions of on-the-edge psychology and the devastating consequences of the economic crisis in Argentina. We’ve reviewed her novel of curdled ambition and petty revenge A Crack in the Wall. Two other novels have been translated into English. Thursday Night Widows

is a study of pent-up emotions in a smug gated community, while All Yours

Also from Argentina is Ernesto Mallo’s Inspector Lascano trilogy, set in the late 1970s. Two books have been translated to date. Needle in a Haystack

are set during the dying years of the military junta and immediately afterwards. The pain of seeing corruption and violence continue unabated, while evildoers go unpunished, is almost palpable. Mallo himself is a former member of the anti-junta guerrilla movement and is now a respected essayist, journalist and playwright.

You may also be interested in Far South, a fascinating interactive crime story by Argentine writer David Enrique Spellman, which casts you as the detective.

Patricia Melo
There aren’t many female crime novelists in South America, but the few that have broken through have made up for that in copy sales. Patricia Melo is a huge name in her native Brazil and has been translated into many languages. There are some subjects that all Brazilian crime writers have to address if they are writing about the urban milieu: poverty, sex, violence and drugs. Melo gives them a sexy twist all her own, and often presents the story from the point of view of the antagonist. In Praise of Lies

introduces us to an unusual femme fatale with a penchant for poisonous snakes, while the narrator of Inferno

is an 11-year-old boy who is a lookout for drug traffickers. Coming out in the UK this July, The Body Snatcher

is about an ordinary, downtrodden man trying to hustle his way out of poverty by hiding the body of a pilot whose plane has crashed and claiming the drugs onboard for himself. Needless to say, it cannot end well…

, featuring the romantically inclined but professionally disobedient cop Mario Conde, who would rather be a writer than a detective. His latest work, The Man Who Loved Dogs

, is based on several years of meticulous research into the assassination of Leon Trotsky in Mexico and the subsequent life of the killer, who ended up leading a privileged lifestyle in Cuba and Russia. Paco Ignacio Taibo II
This Spanish-born author moved to Mexico as a child with his family to escape Franco’s regime. He’s one of the most prolific and versatile authors in his adopted land and has a cult following throughout the Spanish-speaking world. Many of his novels featuring private investigator Hector Belascoarán Shayne have been translated into English and describe the evolution of the character in parallel with that of Mexican society – from initial brutality and self-indulgence, to an eccentric but accute sense of justice. Known for his surrealist touches and baroque storytelling, he offers a rollercoaster ride. You could start with Four Hands

, his story of two investigative journalists chasing down an unbelievable conspiracy plot, or relish the dark humour of The Uncomfortable Dead

, which he co-wrote with a former Zapatista general and which also features Hector.

. There are links to South America, but the setting in Gamboa’s book is Jerusalem. It’s as though the author needed distancing from his own country. Our unnamed narrator is invited to a literary conference in this city under siege, which is reduced to candle light as bombs fall outside. An eccentric cast of characters share their life stories but it is José Maturana the evangelical pastor, recovering drug addict and ex-con who fascinates the narrator more than any other. This character is found dead in his hotel room shortly afterwards. At first it seems likely that Maturana has taken his own life and everybody seems all too willing to accept this version of the story. But the narrator is unconvinced and sets out on a strange journey to uncover the truth, challenging our preconceived notions about crime fiction in the process. , Antonio Yammara gets to know ex-pilot Ricardo Laverde in a seedy billiard hall in Bogotá and is fascinated by his charisma and many secrets. One day Ricardo receives a mysterious, unmarked cassette. Shortly afterwards, he is shot dead on a street corner. Yammara’s investigation into what happened leads back to the early 1960s, marijuana smuggling and a time before the cocaine trade trapped Colombia in a living nightmare.

Frei Betto
This writer is a colourful, well-known public figure in his native Brazil who suffered persecution and imprisonment because of his political beliefs. He’s a liberation theologist, Dominican friar, political activist and author. After his spell in prison in the 1970s, he turned to writing. Nearly 60 books later, having been translated into more than 20 languages, he became the spiritual advisor to the previous president of Brazil, Lula da Silva. Bitter Lemon Press has translated his debut Hotel Brasil

, with its sharp insight into life and criminal activities in the favelas of Rio.

Luis Sepulveda
In Chile under the Pinochet regime, another novelist who suffered political repression was Luis Sepulveda. He has condensed three decades of Chilean history into an unusual novel, The Shadow of What We Were

. Here, three aging revolutionaries get together for one final anarchic coup, which turns out quite differently to what they were expecting. Meanwhile, The Old Man Who Read Love Stories is an ecological fable featuring a murderous ocelot terrorising a remote village in the jungle of Ecuador and an elderly man who has retired to that jungle and whose last remaining pleasure is reading trashy romance novels. Alonso Cueto
Peru also has many demons to confront from its past, and in his novel The Blue Hour

Peruvian novelist and playwright Alonso Cueto does just that. Adrian Ormache is an affluent lawyer in Lima who has the perfect life: a great career, beautiful wife, and two doting and intelligent daughters. But when his mother dies a series of events devastate his entire view of the past – and of his father. He discovers his father’s less than glorious record during the years when he led military operations against the Shining Path guerillas of the 1980s.

More…
There are several countries we’ve missed, mostly because their writers have yet to be translated. For a taste of crime fiction from some of the other Latin American countries, you might want to try McSweeney’s Quarterly issue 46 which includes 13 stories from the region. As the editor explains, the term Kafkaesque might have been invented to describe policing and criminal justice in these countries. It’s not crime itself which fascinates the authors in this collection, but the resounding absence of justice and the absurdities these systems throw up.

Walter Presents is carrying two crime series from Brazil in Magnifica 70 and Merciless, and you should also try the Chilean crime drama Fugitives.