On the Radar — Happy New Year, Bonne Année, Frohes Neues Jahr and, not to forget the homeland of Nordic noir, Gott Nytt år! While the rest of us are ruefully putting our lives back together after the indulgence of Christmas, publishers are fizzing and bubbling with intent as they promote a wave of new releases.

The Beast In The Red Forest by Sam Eastland
This is number five in a popular series featuring Russian cop, Inspector Pekkala. Pekkala had the misfortune to be the detective du jour in the eyes of the brutal Soviet leader, Joseph Stalin. But now, he has apparently met his death in a remote forest in Western Russia, and his long-suffering assistant Kirov is dispatched to investigate the charred remains of  Uncle Joe’s favourite policeman. Kirov is faced with the unwelcome rumour that a savage semi-human mutant is stalking the forests, and he must use all the skills acquired from his former boss to get to the truth. Out today.
Buy now on Amazon

Watching Over You by Mel Sherratt
Mel Sharratt is an award-winning writer based in Stoke-on-Trent, right in the heart of England. The region produced one of Britain’s finest authors – Arnold Bennett – but Sherratt has taken the Bennett legacy to a different level with her taut, erotic and pacy crime thrillers. In this, her latest, a woman who has lost both her husband and unborn child tries to put together a new life from the wreckage of the past, but she finds that the greatest danger comes form those in whom she has placed her trust. Watching Over You will be published on 14 January.
Pre-order now on Amazon

Harbour Street by Ann Cleeves
Ann Cleeves lives in Shetland, but her most popular character struts her stuff on the less than idyllic streets and malls of Newcastle. Vera Stanhope is a gritty, distinctly unglamorous regional copper, but a woman with perception, and a distinct hard edge. UK TV viewers will have enjoyed the series where Vera is played by Brenda Blethyn, but the real beating heart of the character is to be found in the books. In this, the latest, an old lady is found stabbed on a train, and then another murder follows. Vera must penetrate the wall of secrecy around a close knit community if she is to bring the murderer to justice. Out on 16 January.
Pre-order now on Amazon

A Song For The Dying by Stuart MacBride
In 2012 MacBride stepped away from his long running series describing the trials and tribulations of the chaotic Aberdeen copper Logan McRae. He introduced to another Scottish police officer of a very different stamp – Ash Henderson. Henderson is violent, vengeful and, when the occasion calls for it, vindictive. He has been dismissed from the force, lost his family, and is barely surviving a brutal spell in jail. He is rescued from his sadistic fellow inmates to help the police hunt down someone even worse. A grotesque and horrific killer – who Henderson once came within a whisker of catching – appears to be back at work, after several dormant years. To be published on 16 January.
Pre-order now on Amazon

You’re Mine Now by Hans Koppel
The moral of this story is never have a fling with a psychopath. But unfortunately that’s just what Anna does when she meets Erik at a work conference. It puts not just her marriage to Magnus in danger. Spurned Erik kidnaps Anna’s 10-year-old daughter and attacks her mother. How will she free herself, and her family, from the clutches of this fearsome stalker? Film rights to Koppel’s previous novel have been optioned by Yellowbird, the production company which brought us the Girl With the Dragon Tattoo films. Out already for Kindle, it appears in print on 9 January.
Buy now on Amazon

Trouble Man by Tom Benn
This author was hailed as a fresh new voice in British crime fiction after his gritty and rainy, Manchester-based gangland novel Chamber Music. Now the Stockport-born writer is back with his third Henry Bane book. Bane is now managing an exclusive nightclub and delving even deeper into the Manchester underworld, despite having a mistress and teenage son to look after. A killer is out there, murdering young and dispossessed women, and this killer is circling ever closer to Bane and his nightclub existence. On sale from 9 January.
Pre-order now on Amazon

Mirage by Clive Cussler
Mirage sits very firmly in the adventure spectrum of crime novels, but Cussler’s legion of loyal readers will welcome another pacy seaborne adventure. The author served in the Korean War in the USAF, but is most at home when describing action on the ocean. This is the ninth of a series called The Oregon Files. The Oregon appears to be a battered freighter but is, in fact, a state-of-the-art spy ship, crewed by experts in technology and subterfuge. Here, we are in 1943, and we have high seas, high stakes and high tension as the crew of The Oregon battle to prevent a powerful new weapon falling into the hands of the enemy. Mirage was released on Kindle in November, but the print versions are out today.
Buy now on Amazon

The Hanged Man of Saint-Pholien by Georges Simenon
Penguin has undertaken an ambitious, but very welcome, project to republish 75 Simenon novels featuring the legendary Parisian policeman. One will be issued each month, and November and December saw Pietr the Latvian and The Late Monsieur Gallet out on the shelves. Now, Simenon takes Maigret to Liege (the author’s home city) where he looks into in a suicide which has far reaching consequences. The story was written in 1930, with the original title Le Pendu de Sainte-Pholien. This reprinting was translated by Linda Coverdale and is out today.
Buy now on Amazon 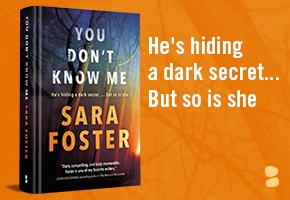