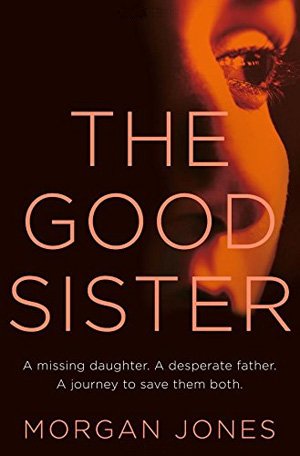 Written by Morgan Jones — “Out of pain will come good. That is how history is made.” These are the uncompromising words uttered by the 17-year-old protagonist of this novel. What would make an apparently well-adjusted, serious young girl flee to actively embrace extremist propaganda? This book takes a very topical theme – British youths becoming jihadists – and delves deeper beneath the panic-inducing, sensationalist newspaper reports.

Sofia Mounir came to the UK from Egypt as a young child with her parents. Her mother has been ill for a long time, and she has become estranged from her father Abraham, whom she perceives as weak and corrupted by Western decadence. She is a teenage idealist, fed up with the empty materialism and lack of purpose she sees all around her. She wants to change the world. In other times she might have become a Maoist, but it’s the present day and she runs away to Raqqa in Syria to join the ISIS fighters. ‘No rest until the khilafa is built on earth’ is her motto on Twitter, leaving her father to wonder how she could have had her mind poisoned so thoroughly. In desperation, Abraham travels to Turkey and consorts with some very dodgy people in an effort to find a way into Syria to rescue his daughter. But what if she doesn’t want to be rescued?

The story is told from alternate points of view – first person for Sofia, who has now become the warlike Umm Azwar, and third person for her father, perhaps signifying how far removed he is initially from all the politics and violence. Despite the atrocities they witness, they try to bury their feelings and find ideological justifications for what they see. At least initially. Without giving too much away, it’s only fair to say that both of them undergo a psychological and emotional journey alongside the physical one. Sofia’s idealism and Abraham’s desire to stay neutral, to focus solely on the domestic, are severely tested. Their process of awakening to harsh reality is gradual and realistically described.

This book is like the plot-driven twin of Home Fire, Kamila Shamsie’s prize-winning novel, which displayed more voluptuous language and a languid pace. However, the more thrilling elements do not come at the expense of the characters. Every attempt is made to portray the father and daughter, and their relationship, as a swelter of complex contradictions. Some of the secondary characters contain intriguing hints of a back story – Mrs Demirsoy in a Turkish village, or Badra, one of the female supervisors in the makkar where new women arrivals live. Others, particularly the male fighters or the people-smugglers that Abraham encounters on his voyage, fall more into stereotypes.

Another slight reservation is that although the alternating storylines work very well for most of the novel and are, mercifully, chronological, at times it feels tedious and forced. Sofia’s emotional journey and storyline are simply much more interesting than her father’s, so I would have preferred to spend a little more time with her. This is particularly noticeable in the middle, but the pace quickens considerably towards the frenetic ending.

Although this is the first book to be written under the name Morgan Jones, the author already has three other novels under his belt, based upon his experiences of working in for a business intelligence company, AKA industrial espionage. This is not a spy thriller, of course, so it is a step removed from his knowledge of corporate fraud and international criminal networks. Nevertheless, his research and analytical abilities serve him well and it is an entirely believable story. This will be an intriguing and eye-opening book for many.