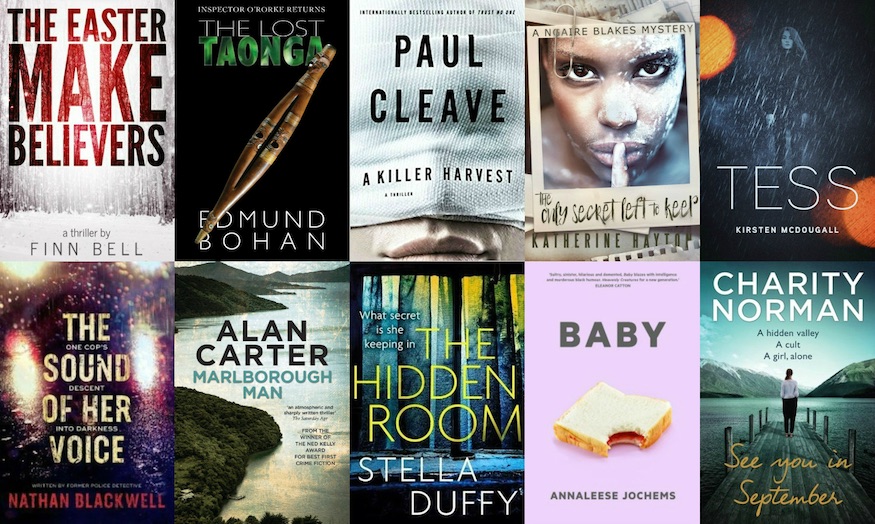 Did you delve into New Zealand crime fiction a few months back when we brought you this list of great Kiwi crime authors to try? Whether you did or not, you may well find some sumptuous new reads on this year’s longlist for the Ngaio Marsh Award.

The award was set up in 2010 to celebrate the best in New Zealand crime, mystery, thriller and suspense writing. This year, 10 books are on the longlist, and the authors include two who have returned to crime fiction after over 10 years away from the table. “We have the return of Edmund Bohan’s 19th century detective Inspector O’Rorke after a 15-year absence, and Stella Duffy’s first crime novel in more than a decade,” says awards organiser Craig Sisterson.

Here’s the longlist in full…

You’ll find comments on all these titles in the awards video below.

The winner will be announced at the WORD Festival in Christchurch, 29 August to 2 September 2018. Let us know if you’ve read any of these and how you rated them. Visit the Ngaio Marsh Awards Facebook page here.

By DeathBecomesHer
Dr Jacky Collins has spread her net wide for her latest interview subject, chatting to New Zealand author Madeleine Eskedahl about her debut crime novel Blood on Vines, published in March 2021. Madeleine’s surname might make you think of Nordic noir and you’d not be…
iBookKindlePrintReviews

By DeathBecomesHer
Bound is the fourth in Vanda Symon’s series set in New Zealand and featuring police detective Sam Shephard. We’ve previously reviewed Overkill and The Ringmaster on the site but if, like me, you’re a newbie to this author’s writing then Bound is not too bad…
News

The Sounds: New Zealand crime series out now on DVD

By crimefictionlover
New Zealand’s stunning South Island and the remote Marlborough Sounds form the backdrop for The Sounds, available now on DVD in the United States. But, as any aficionado of Nordic noir will tell you, those inspiring vistas and seemingly innocent far away communities have dark…