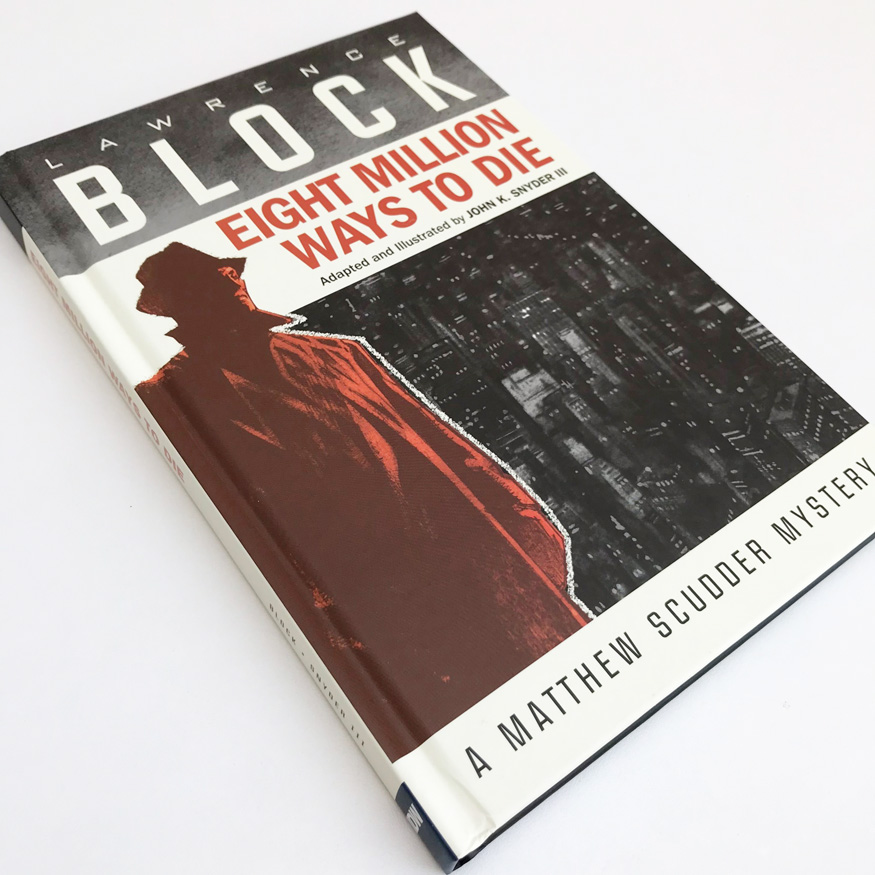 The graphic novel of Lawrence Block’s Eight Million Ways to Die goes on sale 26 June, but we couldn’t hold back on giving you an eyeful of this beauty. This is one you’re going to want to get your hands on.

Eight Million Ways to Die was originally published in 1982, the fifth book in the Matt Scudder detective series set in New York. It’s been adapted here by John K Snyder III, who has reworked the story and drawn all the artwork for the graphic novel format. Flicking through it, and reading the first dozen or so pages, he hasn’t done much wrong. This artwork totally tags an 80s comics vibe, when the likes of Eastman and Laird, Frank Miller and Bill Sienkiewicz were at the top of their games, producing dark and heavily shaded images that stood on their own as works of art.

And the story… Well, it’s hard to take the detail and density of a novel and satisfactorily convert it to the comic book format, but this really does feel like reading a detective novel. Maybe the shading, rendering and detail in the artwork just fills in the gaps as you land in a New York diner where Matt Scudder is drinking coffee and waiting for redemption. It seems to walk through the door in the form of Kim Dakkinen, a classy-looking prostitute who feels threatened and wants out of the game. Scudder agrees to protect her, but as soon as he gets close to her she’s murdered. And so the real story is how he solves her murder, all the while battling with the bottle. 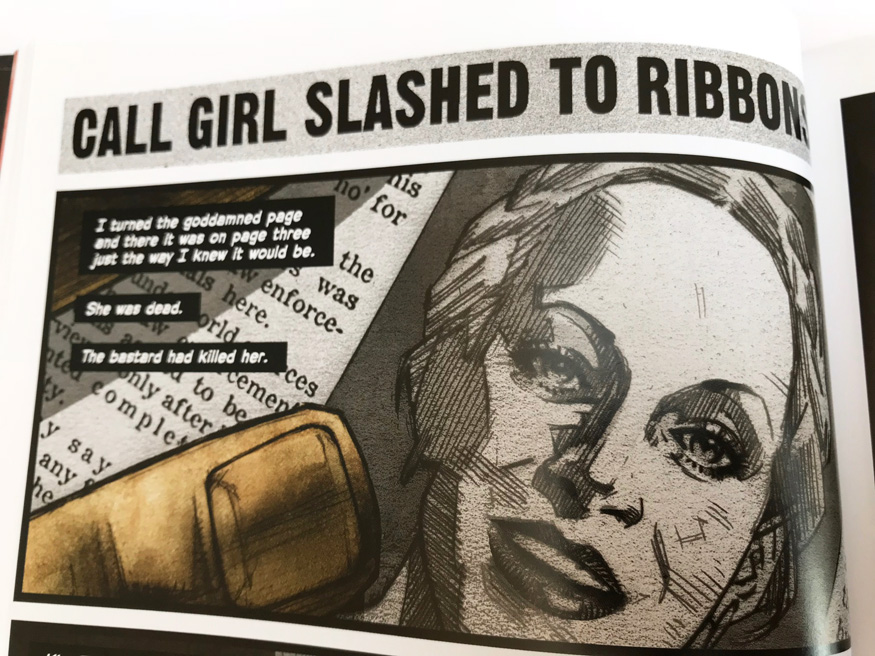 New York in the early 80s was a badass place, where murder was on the menu in any number of neighbourhoods. That sense of hazard and foreboding is well captured in the text and imagery here, unlike the 1986 movie version which starred Jeff Bridges and Rosanna Arquette. In that rendition, the action was moved to Los Angeles and it came out looking like a cash-in on Miami Vice.

This is just a preview, we’ll bring you a full review closer to the launch, but our recommendation is that you don’t wait for Eight Million Ways to Die to sell out. The hardback that arrived here at CFL HQ is a dandy. You can see what we mean with a range of the artwork, below. Also see our interview with Lawrence Block from a few years back. 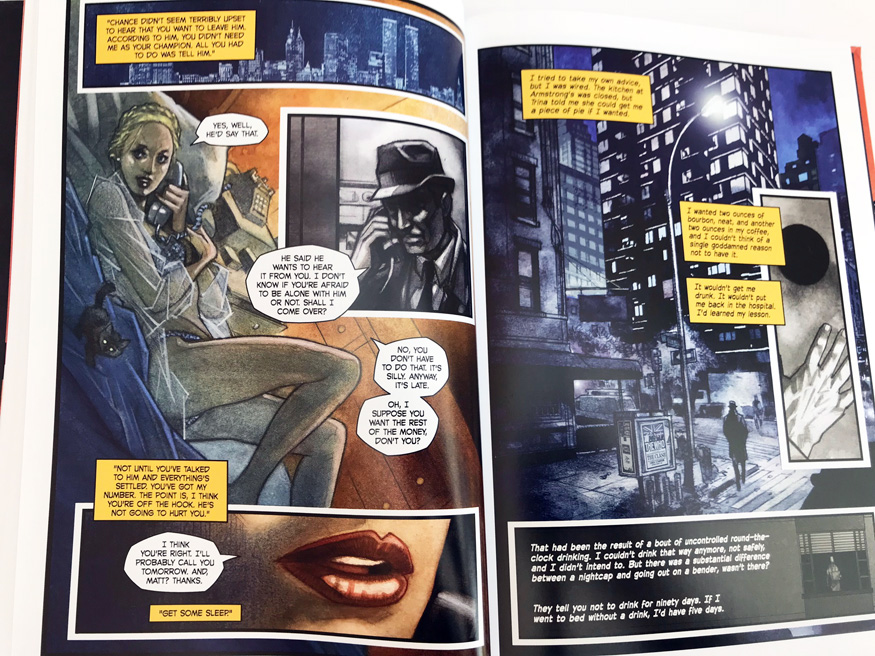 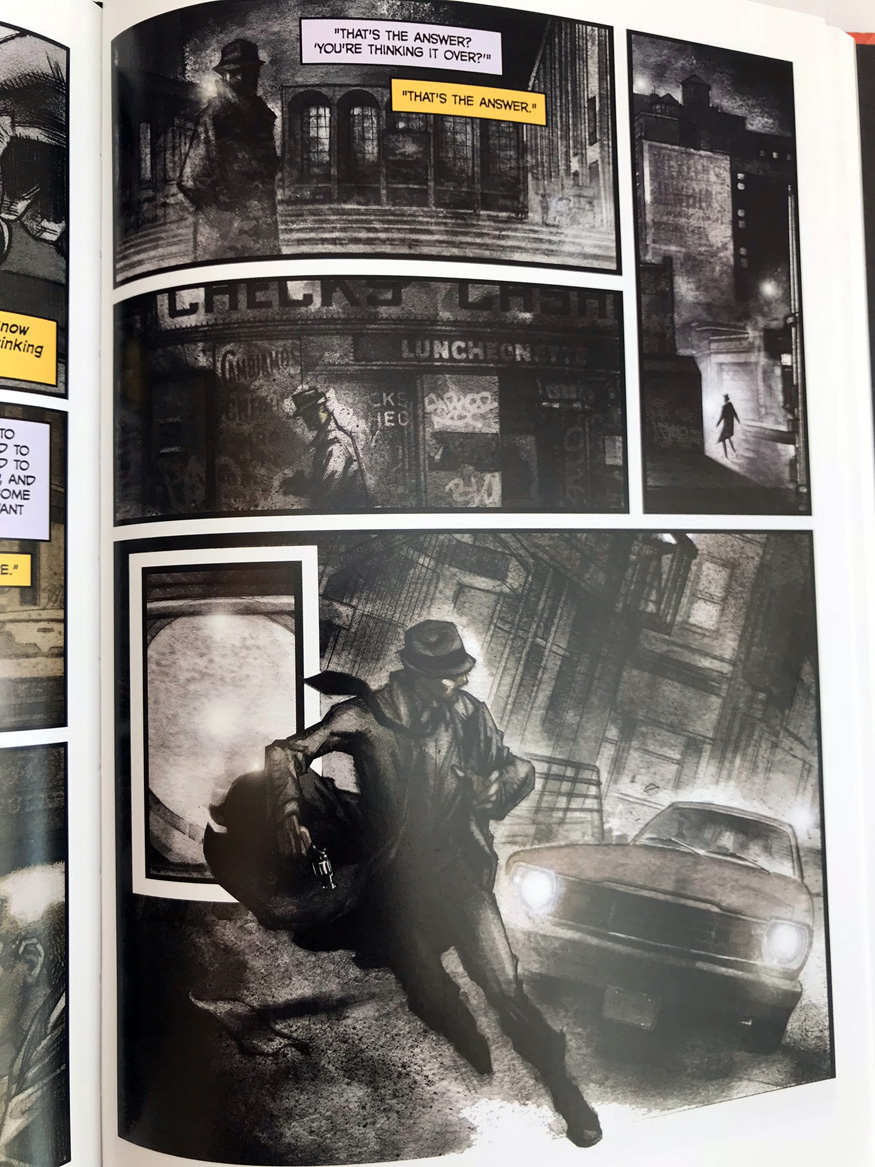 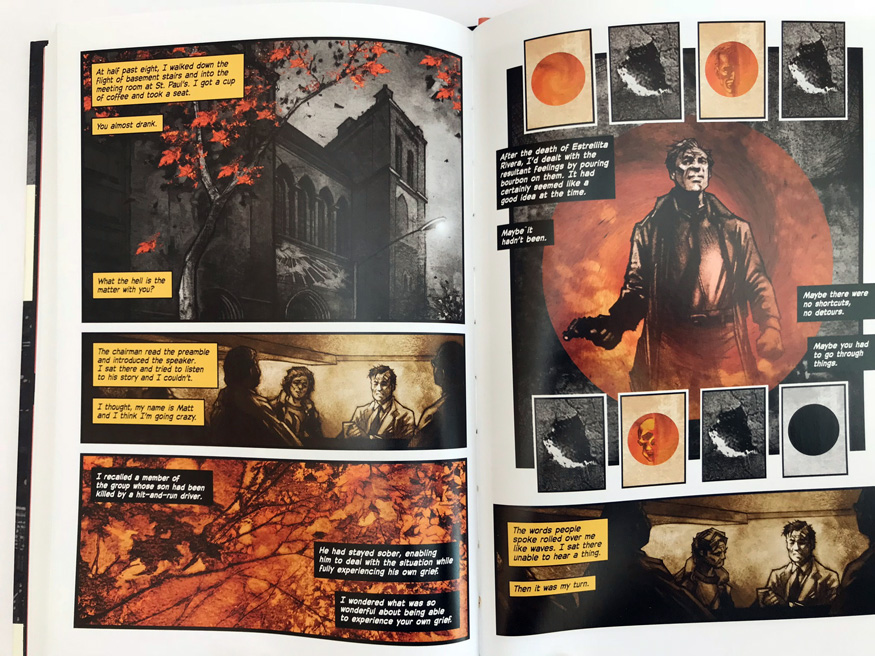 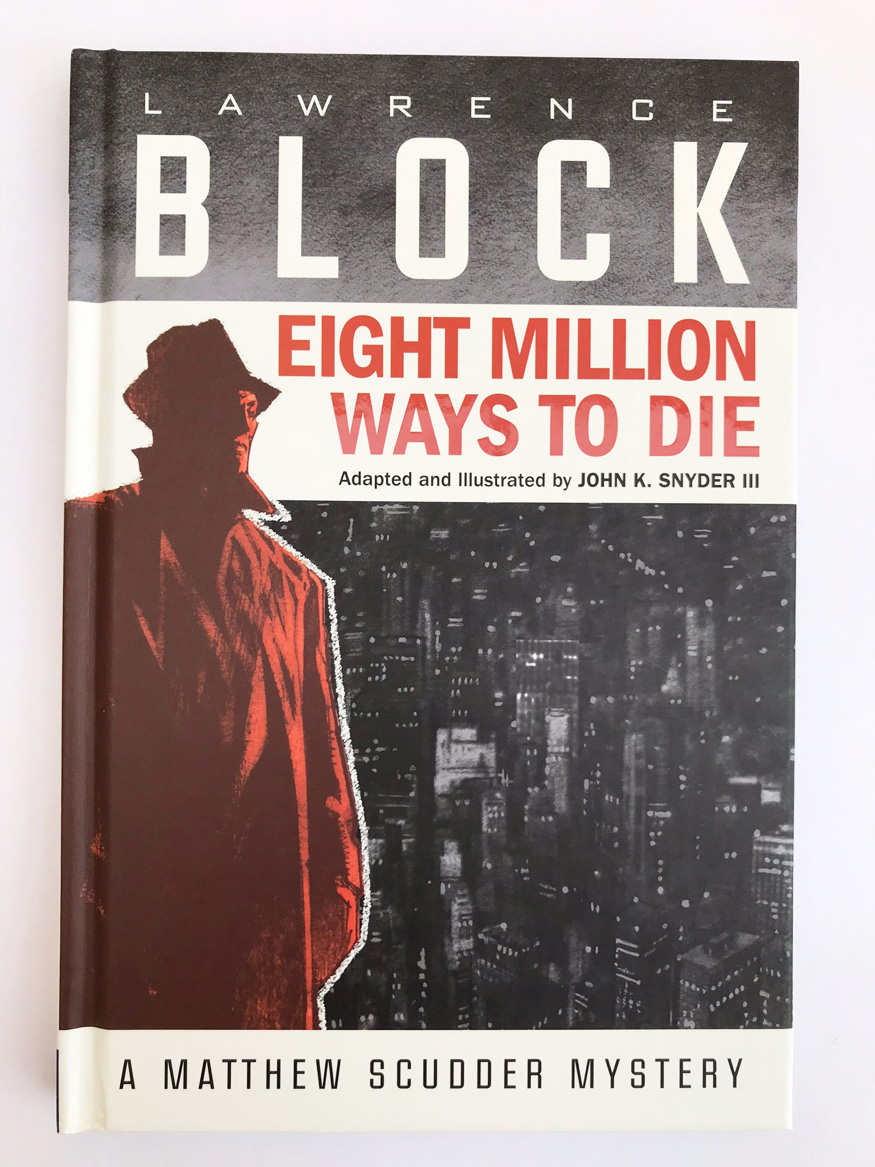 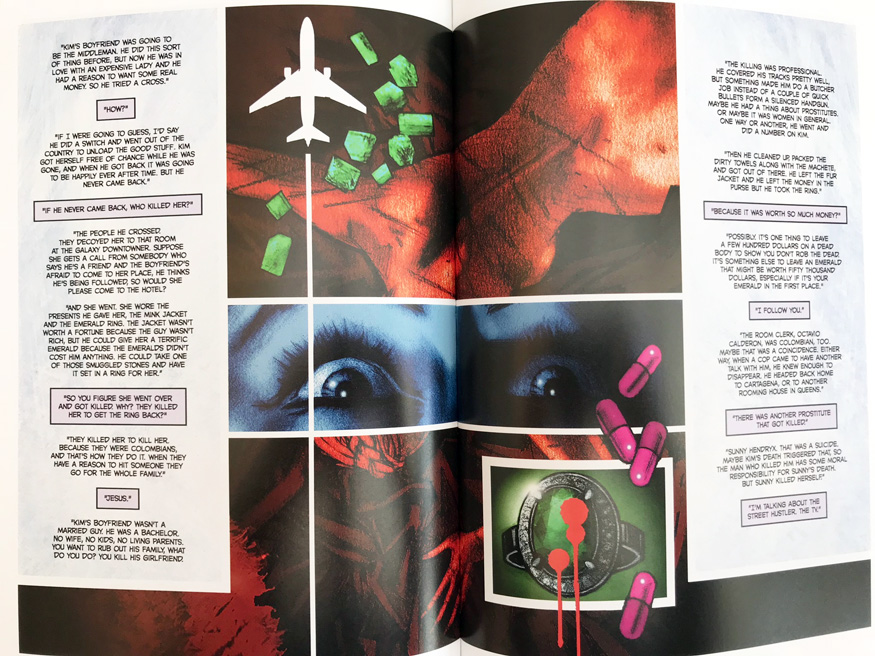 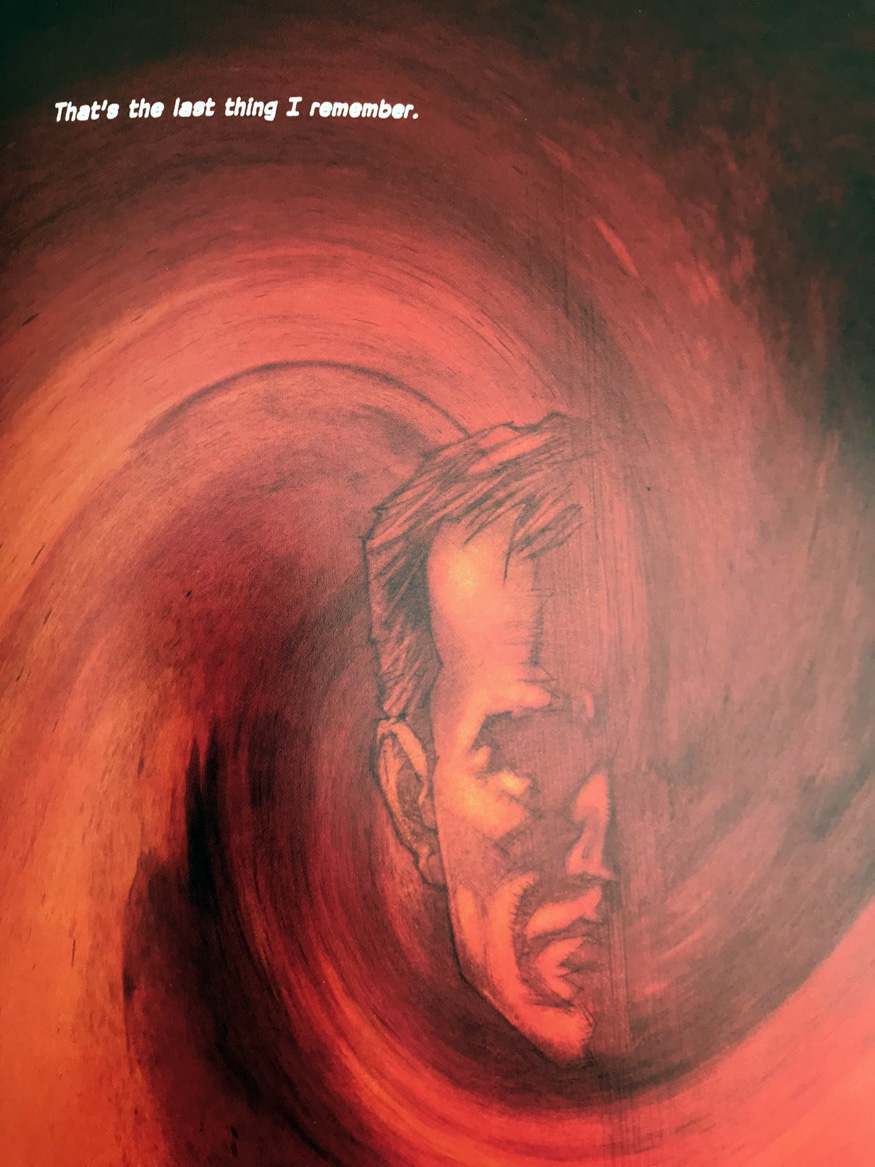