It’s indie crime fiction for us

On the Radar — Every week is eclectic here on the Crime Fiction Lover news page, but as February 2018 begins we’re dialling it up to 11 with a selection of indie crime novels. From inventive front covers to stories that haven’t had their originality filtered out to the nth degree, we’re pretty sure you’ll discover something fresh and exciting below. 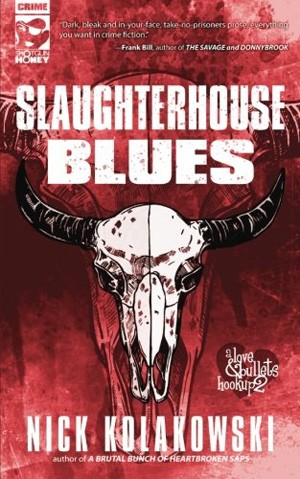 Slaughterhouse Blues by Nick Kolakowski
Are you ready for a blast of modern pulp from the barrels of Shotgun Honey? Slaughterhouse Blues lands us in Havana, where Bill and Fiona are hiding out. The mob are after them because Bill has salsa-ed off with a few million dollars that belong to them. When a pair of assassins arrive in Cuba, Bill and Fiona realise they’ve bitten off more they can chew and bolt, chased through claustrophobic streets and steamy jungles to Nicaragua and eventually back to New York. Out now, this is the sequel to A Brutal Bunch of Heartbroken Saps.
Buy now on Amazon 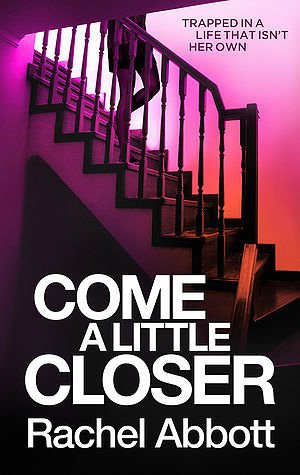 Come a Little Closer by Rachel Abbott
Indy publishing sensation Rachel Abbott is back with her eighth novel to feature DCI Tom Douglas. It’s out on 15 February, and it’s his trickiest case yet. A woman dies in the snow, while a few miles away two women sit, silently in a dark kitchen. Another woman is on a plane, fleeing the man who is trying to steal her life. They’re strangers, but they have something in common – and it’s destined to bring them together. Meanwhile, Douglas is called to the scene of the aforementioned snowy demise, but with no clues at to who the victim is, he’ll have his work cut out on this one…
Pre-order now on Amazon 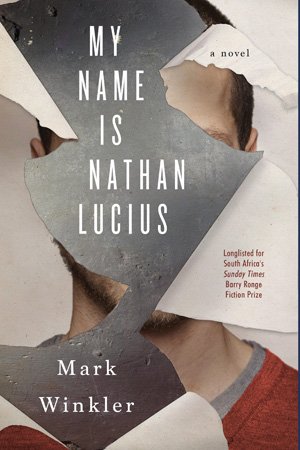 My Name is Nathan Lucius by Mark Winkler
The eponymous Nathan is a sad soul. Working as an ad sales rep for a newspaper in Cape Town, he finds solace in alcohol and lives alone, barely coping with the blackouts that plague him. Nathan’s only real friend in Madge. She’s dying of cancer and in great pain – who else would she turn to in her hour of need? But what Madge asks of Nathan sets in train a shocking string of events… Described as ‘a modern-day answer to Crime and Punishment’, this book is out on 8 February.
Pre-order now on Amazon 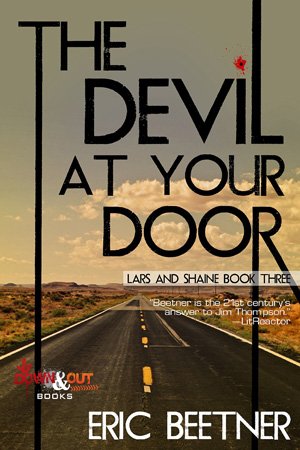 The Devil at Your Door by Eric Beetner
Lars is an ageing one-time hitman for an East Coast crime family who can never quite retire. The opportunity comes up to take revenge on behalf of Shaine, the teenager he now thinks of as family. He leaves their bolthole in Hawaii for Montana but time is catching up with him. When he fetches up in hospital she arrives to take on their enemies. The third book in the Lars & Shaine series from Down & Out Books promises more hardboiled and fast-paced crime fiction from the industrious Eric Beetner. The first two are being re-released when this comes out on 12 Feb.
Pre-order now on Amazon 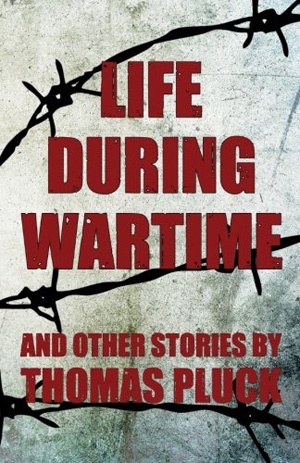 Life During Wartime and Other Stories by Thomas Pluck
Thomas Pluck is an interesting author and we most recently encountered him as a contributor to Alive in Shape and Color. Short stories seem to be his forte, and here he brings us a collection of 21 pieces including his award-winning The Big Snip, which takes place in a snowbound frontier town. Eat the Rich I suspect says it all, and if you were a fan of Pluck’s Bad Boy Boogie you can find out what happened next to Jay Desmarteaux.
Buy now on Amazon 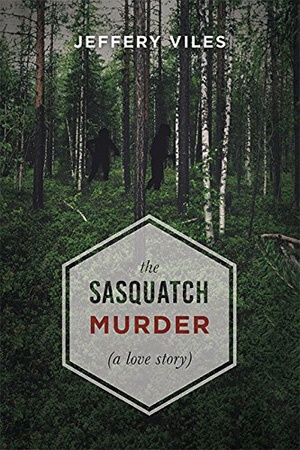 The Sasquatch Murder: A Love Story by Jeffery Viles
Good novels based on the bigfoot mythos are as rare as, well, giant forest-dwelling hominids. The last one we can remember was Dark Wood by Jay Kumar. Jeffery Viles tackles the topic from a bigfoot rights perspective because when Jake Holly accidentally shoots a female sasquatch he finds himself on a murder charge. The creature is so human-like, after all. Soon the town of Aurora, near Mount St Helen in Washington state, is buzzing with media attention and visitors. It might even get it’s own Walmart. But what of Jake, his girlfriend Jessica, the regulars at Hee-Haw’s Tavern… and the remaining sasquatch population? Out now.
Buy now on Amazon 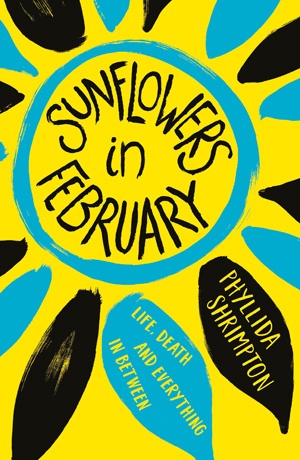 Sunflowers in February by Phyllida Shrimpton
The young adult genre is definitely worth exploring and this debut novel, out 8 February, will appeal to crime fans who enjoy a touch of the unexpected. Lily wakes up at the side of the road, feeling peaceful and admiring the beauty of the day. But when the police and an ambulance arrives she realises she’s dead. Which should be an end to her story, until Lily’s twin brother, Ben, offers her the chance to use his body for a while. What could possibly go wrong?
Pre-order now on Amazon

By crimefictionlover
Imagine not being able to recognise anybody’s face. And imagine then being witness to a crime. That’s a tricky setup and it’s one Swedish author Camilla Sten capitalises on in her second novel, The Lost Village, which is our lead book this week. But that’s…
eBookPrintReviews

By Paul Burke
Good gonzo noir is a perpetual car crash; one bone-crunching, metal-shredding impact after another and Nick Kolakowski’s pulp fiction upholds that tradition. Meet Bill and Fiona. Don’t let their ordinary names fool you, they are the harbingers of chaos. Where they tread, and they tread…
News

On the Radar: Back to the golden age, in Japan

By crimefictionlover
This week we have all the bases covered in On the Radar. A Japanese take on golden age classics, a high octane spy adventure, top gonzo noir, a psychological thriller and a police procedural, a touch of humour and a glimpse of the dark side….