Graeme Macrae Burnet’s first novel, The Disappearance of Adele Bedeau won the Scottish Book Trust New Writer Award in 2013. But it was his second novel that really caught people’s imaginations. His Bloody Project turned one of those ‘skeleton in the cupboard’ moments that family history researchers sometimes get into a fully fleshed out novel that entailing grim history, grim murder and grim justice, in a bleak Highlands setting. Such was its impact that it was nominated for the Booker Prize last year. Next month, the author is back with The Accident on the A35 in France – the road from Strasbourg and Saint-Louis. We’re pleased to have him here during Classics in September to talk about his favourite classic crime novels. 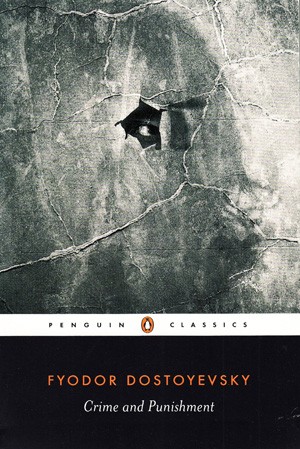 Crime and Punishment by Fyodor Dostoyevsky
Crime and Punishment is the great-granddaddy of crime novels. It’s a big beast, baggy and capacious, but at its heart is the relationship between the tortured murderer Raskolnikov and the wily detective Porfiry. Dostoyevsky’s Saint Petersburg is fantastically vibrant. From the opening pages we are immersed in a city strewn with the depraved, destitute and insane; a city of stifling heat, crammed alleyways, riven with the ‘unendurable stench of the pubs’. It’s like wandering through a Hieronymus Bosch canvas with a madman as your guide.
Buy now on Amazon 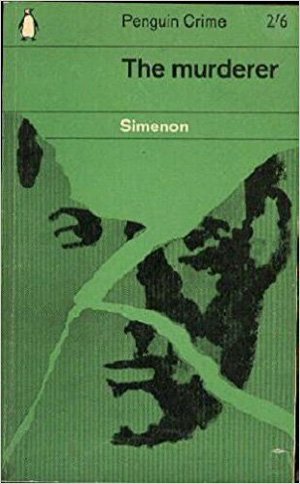 The Murderer by Georges Simenon
Simenon is best known in the UK for his Maigret novels, but to my mind it’s in his stand-alone romans durs, in which he often focuses on the psychology of the criminal, that he’s at his best. In The Murderer, a respectable doctor kills his wife and her lover in the provincial Dutch town of Sneek. It’s an act of transgression for a man whose ‘chief concern had always been to avoid anything which might single him out’. Simenon brilliantly describes the disintegration of his protagonist and the pernicious snobbery and hypocrisy of his setting.
Buy now on Amazon 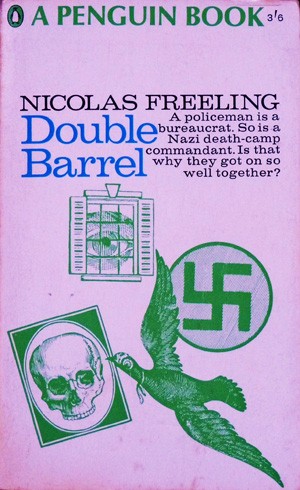 Double Barrel by Nicolas Freeling
Nicolas Freeling’s Amsterdam-based detective, Van der Valk, is every bit the equal of Simenon’s Maigret when it comes to unorthodox methods. In Double Barrel, Van der Valk is seconded to the dreary northern Dutch town of Zwinderen, where a series of poison pen letters have been sent. Van der Valk duly investigates, but, like Simenon in The Murderer, Freeling’s real purpose is to reveal the hypocrisy lurking beneath the Calvinist small-town mindset. Van der Valk ends up playing Peeping Tom, implicating himself, and we the readers, in the voyeurism of the town’s population:

“Watching a person through binoculars – even if that person is simply cleaning his teeth under the kitchen tap – creates a strong emotion. You are ashamed and excited… With binoculars you are the submarine commander, the assassin, the preacher in the pulpit. God. As well as, always, the pornographer. A strong hot emotion.” 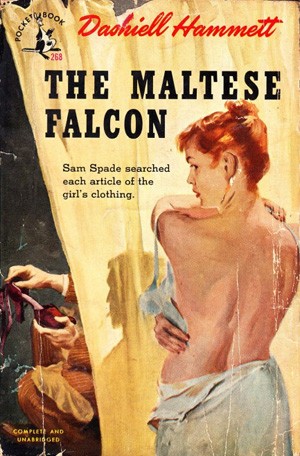 The Maltese Falcon by Dashiell Hammett
It’s pretty much impossible to disassociate Dashiell Hammett’s book from John Huston’s peerless film adaptation of 1941, but why would you want to? Both provide a fast moving narrative revealing the futility of greed, and cast of colourful eccentrics, crackling dialogue and, in Sam Spade, the prototype of the cynical, wise-cracking loner-detective.
Buy now on Amazon 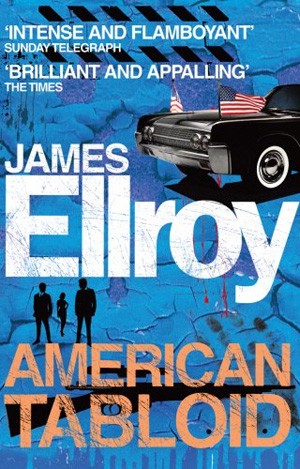 American Tabloid by James Ellroy
Ellroy’s take on the assassination of JFK is a blistering, violent, fearless, iconoclastic sprawl, populated by real life characters – the Kennedys, Jimmy Hoffa, Edgar Hoover, Howard Hughes – none of whom are portrayed in an exactly flattering light. This is counter history, dressed in the clothes of a conspiracy thriller, painted on a canvas as broad and wild as anything in Dostoyevsky. You might not always know exactly what’s going on, but, as Ellroy himself might say, it’s a fucking ride.
Buy now on Amazon

By crimefictionlover
Crime Fiction Lover is pleased to bring you Dark Travellers, a 22-minute film that’s perfect if you love your Scottish crime fiction. It’s been a huge year for crime writing in Scotland, thanks in no small part to the publication of The Dark Remains from…
iBookKindlePrintReviews

By Paul Burke
Translated by Roz Schwartz — This anthology of five Maigret stories, three of which appear for the first time in English, completes the Penguin Classics Maigret collection. It’s a project that began on 7 November 2013, and each month since then – more or less…
News

By crimefictionlover
Typically, we don’t collect statistics here at Crime Fiction Lover. We like forensics but we’re not forensic, so to speak. But if you asked which author is cited as an influence the most by crime writers we’ve interviewed, it would probably be James Ellroy. Whether…