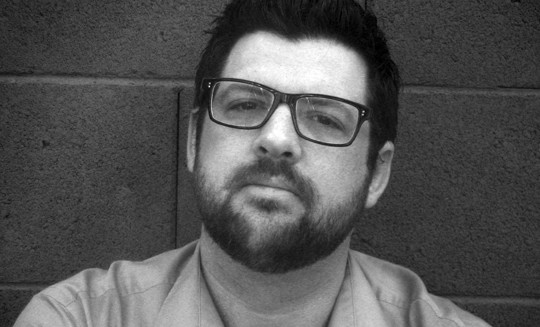 Chris DeWildt’s debut novel Love You to a Pulp is a fantastic new example of rural noir that will leave you wanting to go back to your shelves and start digging out those old Jim Thompson books. We reviewed the book here, and invited this young author to join us for a chat, so read on to find out more about his book and how he works…

First of all Chris, tell us a little about yourself. How did you come to write crime?
I just wrote. I never really considered myself a crime writer, not until after I finished writing my first rural noir, Candy and Cigarettes. I come from a film background and as a result my own writing has been shaped by the cinema in addition to prose. I didn’t really start reading within the genre until later and when I did it was like, “Wow, I’ve written a crime story.” That makes sense because my favorite stories, in any medium, involve a caper of some sort, or at very least an anti-hero.

What’s Love You to a Pulp about, in a nutshell?
Described as ‘too bleak’ by the agent that rejected it, Love You to a Pulp is the story of Neil Chambers, a glue-sniffing, down on his luck PI hired by a local businessman to find the man’s missing daughter. Neil takes the case and quickly finds himself caught up in a seedy plot of pills, strippers, sex, drugs, and violence that beats him in every sense of the word, while simultaneously raking him through his own violent past and offering him a second chance at redemption.

How hard is it for new authors these days?
It depends on the writer’s goals. The digital age has opened up so many possibilities for not only getting published, but also with regards to networking. When I was naively querying agents in the late 90s, I don’t think many of them used email, let alone accepted digital queries. Now it’s hard to find anyone in publishing who hasn’t, at least in part, embraced the technology, which has levelled the playing field in a lot of ways. Self-publishing is no longer the taboo it once was and small presses are finding not only talent, but an audience as well.

So if you’re a writer and your only goal is getting published, it’s much easier than it once was, but at the same time there’s the new challenge of trying to distinguish yourself among an ever growing pool of writers. While my network is large enough now that I could probably find a publisher for whatever I wanted to write, I still haven’t landed an agent after four books, which still seems to be the thing you need to do if you hope to give up the whole day job thing. 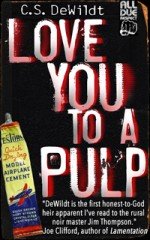 In Love You to a Pulp there’s a long description of a brutal bare-knuckle bout that Neil Chambers has in his youth. How do you research something like that?
The passage was originally written as a short story about a single father and his son. The idea came when I read a short news blurb about some parents who’d organised and video recorded a series of bare-knuckle fights between their young kids, and in my original vision, the father was about as sympathetic as you’d expect that kind of man to be. However, as I was writing the piece, I found the father to have real depth of character, and in his mind, he was doing the right thing, preparing his son for the kind of knock around life he should expect, and though he is exploiting his son, there’s a real tenderness present in their relationship and the bond that’s resulted from their circumstances. Much of this tenderness is lost in the current incarnation, in which only the description of the fight and the denouement remain more or less intact.

To anyone who’s read my stuff, it’s no secret that I’m a fan of violence. In fact, I love it – not committing it or being a victim of it, but I thoroughly enjoy mutual combat: boxing, martial arts, MMA, and especially the street fight cell phone videos kids are posting on You Tube. I wrote my scene based on the hours upon hours I spent listening to fight commentary, and if I owe anyone for the truth in the scene, it’s comedian, martial artist, and UFC commentator Joe Rogan. I used to watch a lot of Rogan’s reality competition Fear Factor, and back then, if you would have told this insecure wannabe writer that I’d owe the host of the game show a debt of thanks, I’d have told you to get fucked. In nicer language though, I’m sure. I’m a pretty nice guy by most people’s standards.

There are hints of Jim Thompson and maybe a little of early Joe R Lansdale in your writing. What books and authors have influenced you?
Jim Thompson, yes, absolutely. He’s my favorite crime writer of the era hands down. And having been raised in a small town, I feel a real connection to the rural versus the urban. But Thompson’s stuff is so rich, and as literary as anything you could read outside the genre. The final chapter of Savage Night still messes with my head. As far as current authors, I’m obsessed with the short fiction of Irvine Welsh, such a talent and a master of style. And there’s also this photo/artifact history collection by Michael Lesy entitled Wisconsin Death Trip. It’s not really new, but if a writer ever needs inspiration, each document is a story in itself.

Finally, what’s up next for you?
I’m currently neck deep in the cesspool that is my next novel, a prequel of sorts to Candy and Cigarettes. It’s another noir and it’s my most ambitious project so far, so many threads that need to come together and there’s a lot of work left to do. When that’s done I have three ideas I need to choose from. One is a sequel to the thing I’m working on now, another is a novel that catches up with my character Jasper Skaggs and his Louisville problem, and the last is a dystopian satire, quite a departure from what I’ve been writing the past few years, but something I’m very excited about taking on.

Read our review of Love You to a Plup here.