Crime in the other Palm Beach

On the Radar — Last week the selection of new books we offered up in On the Radar featured some standards of the crime fiction bookshelf, but our mid-August picks look a little bit more… unusual. And we love that. One of Finland’s top crime authors is back with a book that could be a bit bonkers. We’ve been blown away by the writing of Spain’s Dolores Redondo before. And Tom Callaghan sets his books in Kyrgyzstan of all places. So that’s a taster, we suggest you read on – everything’s looking suitably odd which is far better than run-of-the-mill don’t you think? 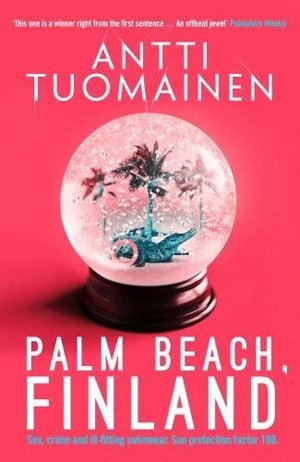 Palm Beach, Finland by Antti Tuomainen
Finnish author Antti Tuomainen has written a string of great standalone crime novels, and here he continues as detective Jan Nyman heads to Finland’s ‘hottest’ holiday resort on the trail of his suspect Olivia Koski. She’s implicated in a mysterious death and in this bizarre seaside town Nyman needs to find answers. There’s a twist of dark humour here, just like in Tuomainen’s previous novel, The Man Who Died. It’s out 31 August for Kindle.
Pre-order now on Amazon 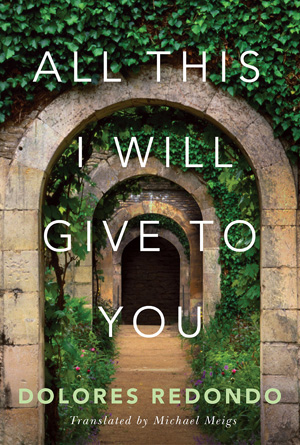 All This I Will Give to You by Dolores Redondo
Novelist Manuel Ortigosa travels to Galicia to find out what happened to his husband, Álvaro. It soon transpires that there was more to the car crash that killed him than meets the eye, and Manuel ends up investigating his husband’s double life. One of Spain’s most powerful families is involved, and with the help of a local policeman and an old friend of Álvaro’s, Manuel is about to dig up a conspiracy… Released 1 September. Also see our review of The Invisible Guardian by the same author.
Pre-order now on Amazon 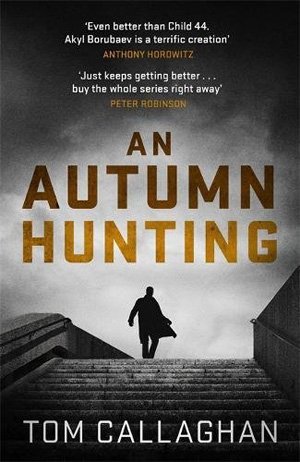 An Autumn Hunting by Tom Callaghan
Tom Callaghan rounds off his four seasons of books about Akyl Borubaev with An Autumn Hunting, which arrives on 23 August. Borubaev is based in Bishkek, the capital of Kyrgyzstan and has recently been reinstated to the murder squad. However, he is soon out of favour once again as an assassination attempt on a prominent Kyrgyz minister goes wrong and he finds himself on the run with one of the country’s most dangerous criminals, hunted by his own colleagues. We reviewed A Winter Killing here.
Pre-order now on Amazon 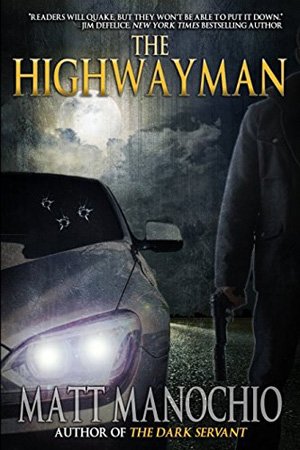 The Highwayman by Matthew Manochio
A convicted child abuser is murdered in New Jersey, and pretty soon deviant criminals all the way long highway 80 to California start cropping up. Someone’s on a mission, and FBI agents Patti Moreland and Nick Redmond set out to catch them. Soon, Redmond himself becomes a target and not only is he shot but he’s implicated due to an inappropriate text conversation he apparently had with a minor. There’s a bullet in him and Moreland sets out to find out the truth. Out now from indie author Matthew Manochio.
Buy now on Amazon 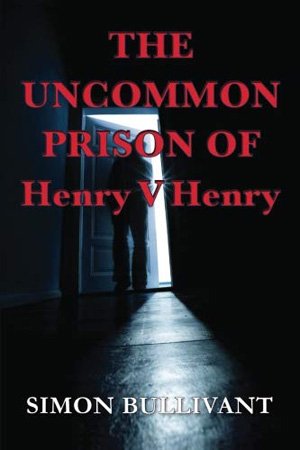 The Uncommon Prison of Henry V Henry by Simon Bullivant
Comedy writer Simon Bullivant is responsible for British TV shows such as Never Mind the Buzzcocks but here brings us a crime novel centred around the unusual character of Henry V Henry. Henry already can’t help himself. He keeps hard copy of news stories obsessively and seems to have a mental disorder. When a young girl is murdered, he’s drawn to the case and when there’s another killing his anxiety grows – he must visit the crime scenes and start solving the case. Naturally, Henry’s interest in the case draws the attention of the police…
Buy now on Amazon