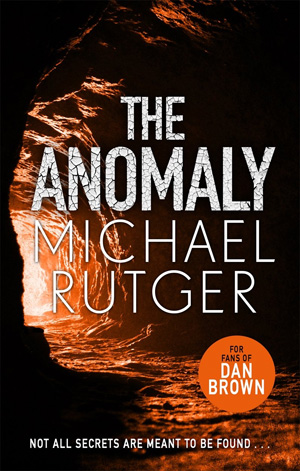 Written by Michael Rutger — The Anomaly Files is a YouTube channel that owes no small debt to the X-Files. Depending on your point of view, its purpose is either to challenge lazy and self-serving scientific consensus, or to provide clickbait for teenage boys and conspiracy nuts for whom the truth is very much out there, if only the vested interests would allow it to be discovered.

In a solid opening scene, the author – who is actually the English crime and horror author Michael Marshall Smith working under a nom de plume – introduces us to the crew. Nolan Moore is the presenter and the narrator of the novel. He’s not quite famous, and has been around the margins of Hollywood long enough to know that Anomaly will either be picked up by the networks soon or die a slow undignified death online and the same will be true of his career. Cameraman Pierre and assistant producer Molly have both got time and talent on their side, and are destined for better things. Ken is the director, and has the perspective that age brings to know that this is his swansong. He also has the maturity to know he’s had a better career than most and should just enjoy the ride.

Joining the crew in search for a legendary cave system buried deep in the walls of the Grand Canyon are sceptical journalist Gemma, who will be doing a feature on the show, and Feather, a representative of the charitable Palinheim Foundation who are sponsoring this episode.

The story truly begins with the discovery of the cave. The author begins at a leisurely pace, allowing his characters to explore the outer cave, and giving little hints about their emotional and physical resilience. From its cover to the online marketing, the hype around The Anomaly all promises an adrenalin-fuelled read and you won’t have to wait long for the author to deliver. In a nod to Indiana Jones, Rutger separates his colleagues; a rolling boulder leaves Feather on one side of a passage, the crew and Gemma are stuck on the other. It’s a classic suspense move, and one that’s been done a thousand times in cheap horror movies, but it keeps being repeated because it works so well.

Rutger makes it clear that there is no way the crew can move the rock to get back to the surface. And so the stage is set for a survival thriller – lost in the dark, with no map and dwindling resources, can the crew escape to civilisation? I’ll say no more about the plot for fear of spoiling it, except to say the peril the crew faces is by no means limited to their particular geographical location. Rutger introduces science fiction elements in to the mix that will appeal to fans of Michael Crichton’s techno thrillers, and Jurassic Park can be added to the list of TV and film influences.

The Anomaly is a literary chimera which Rutger manages to hold together pretty well. I suspect that the bad guy’s motives and some of the hazards faced by the crew wouldn’t hold up too well to close inspection, but then readers tempted to do that probably wouldn’t find this book in their hands in the first place. Like a summer tent-pole movie, entertainment is the name of the game. The author keeps the story moving forward, piling threat upon threat until the finale.

The Anomaly won’t be for everyone, but should find a big audience with holidaymakers looking for some undemanding thrills.