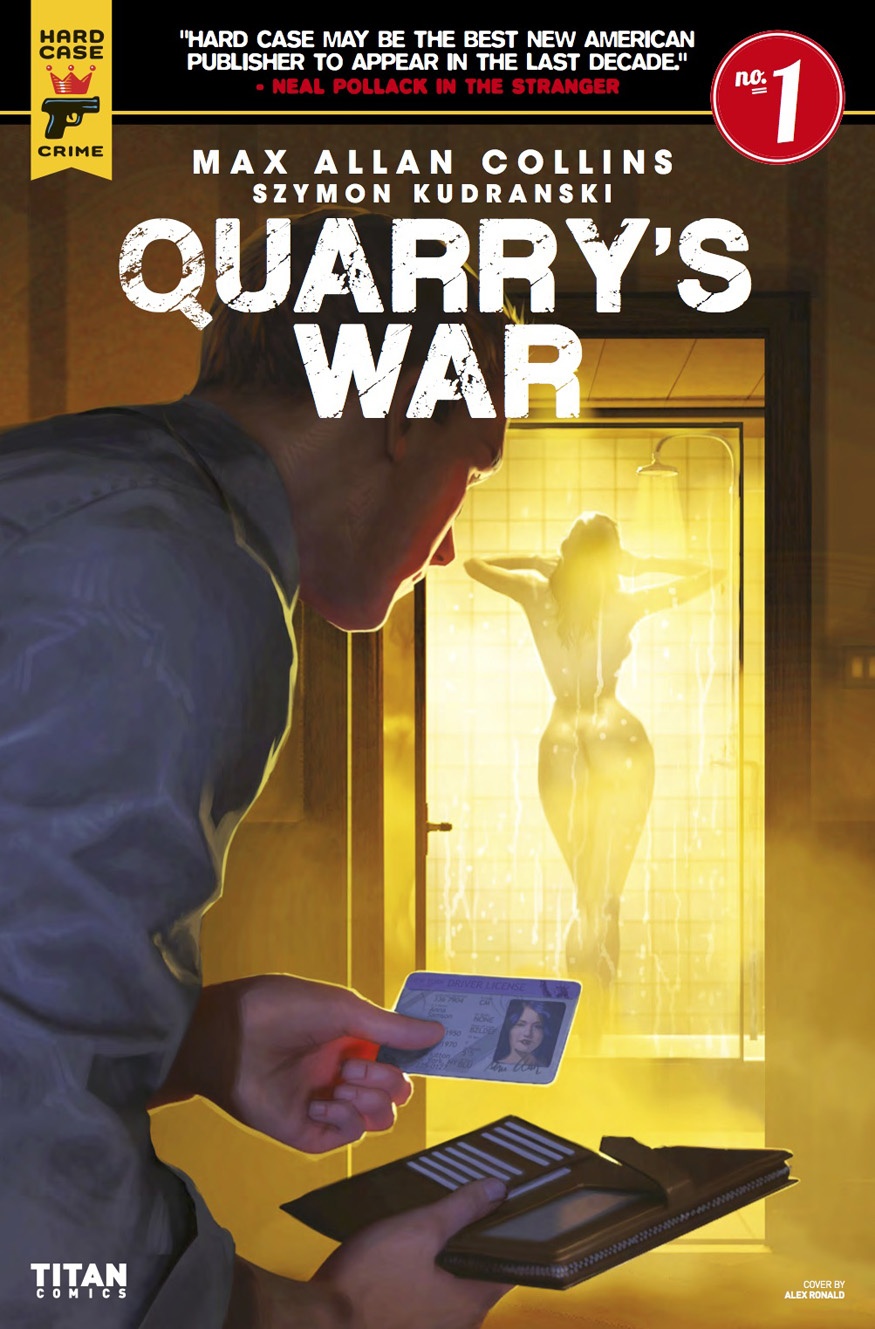 Written by Max Allan Collins, drawn by Szymon Kudranski — In the middle of 2016, throwback pulp crime publisher Hard Case Crime announced it was getting into comics with Walter Hill’s Triggerman and Peepland, by Christa Faust and Gary Phillips. Since then, there has been a slew of new titles including Normandy Gold, Briggs Land and even an adaptation of The Girl With the Dragon Tattoo. Now we have Quarry, a new comic adapted from Max Allan Collins’ series of action thriller novels which he writes in his trademark hardboiled style.

Quarry is a former Special Forces sniper who returns from Vietnam a disillusioned man and is recruited as a hitman for an independent operator known as the Broker. He made his first appearance in the 1976 novel The Broker, reissued in 2015 by Hard Case Crime as Quarry. In the novel series, Quarry breaks his ties with the Broker and sets himself up as a gun for hire to people who are worried that they themselves are the targets of hitmen.

Quarry’s War, the comic, takes us back to Chicago in 1972, prior to his the split with The broker. He is on a job for his boss along with his spotter Boyd, aiming to kill a mid-level mob guy. Quarry doesn’t know the reason for the hit, but his dalliance with another mobster’s girl is the likeliest reason for getting his ticket punched.

There’s a second story arc too, set three years earlier in Vietnam. Quarry is a corporal and his spotter is Lance Corporal Roberts. The pair are sent off base to Elephant Valley to investigate reports of VC movement, and naturally to kill as many as possible.

The first 32-page issue is naturally concerned with setting up both stories, and so it is impossible to comment too much on this aspect. The Titan website does hint that the job will take a personal twist for Quarry, and teases that the two story lines will eventually converge.

The design of this comic is strong. One page is devoted to the 1972 arc, the next to the 1969 arc, and the colour palette is visibly different between the two making it easy to differentiate the timelines. The Chicago story line is full of vibrant colours, whilst Vietnam is more muted, with green and brown predominating. Szymon Kudranski’s pencils are clean and naturalistic throughout, appropriate for a hardboiled crime story striving for verisimilitude.

An added bonus is that each issue ends with a short essay by Max Allan Collins. The first is in regard to Quarry’s origins, and his place in Vietnam War fiction.

I’ve got a good feeling about Quarry’s War – after all who better to bring Quarry to the world of comics than his creator? Collins knows his character back to front, and has considerable experience in the field. His graphic novel Road to Perdition was turned into a hit movie starring Tom Hanks in 2002, he developed an original comic serial about the female private eye Ms Tree, and he has worked on prestigious franchise characters such as Batman. The Quarry novels are some of my favourite crime fiction and this presents a great way for crime readers to get into comics off the back of them. A trade paperback collecting the first set of issues will appear in July 2018.

Click here to purchase. Below we’ve included some images of pages from the first issue. 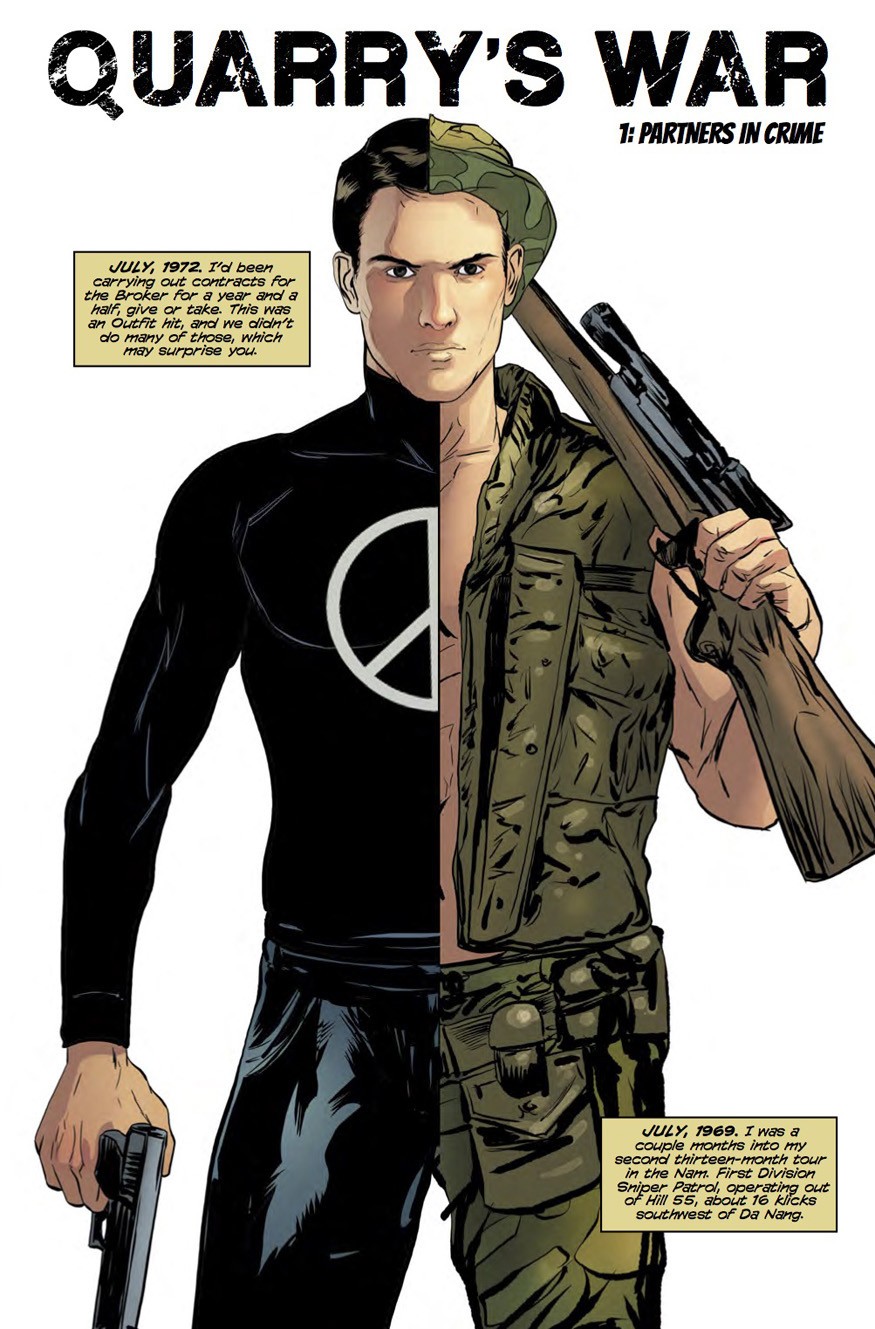 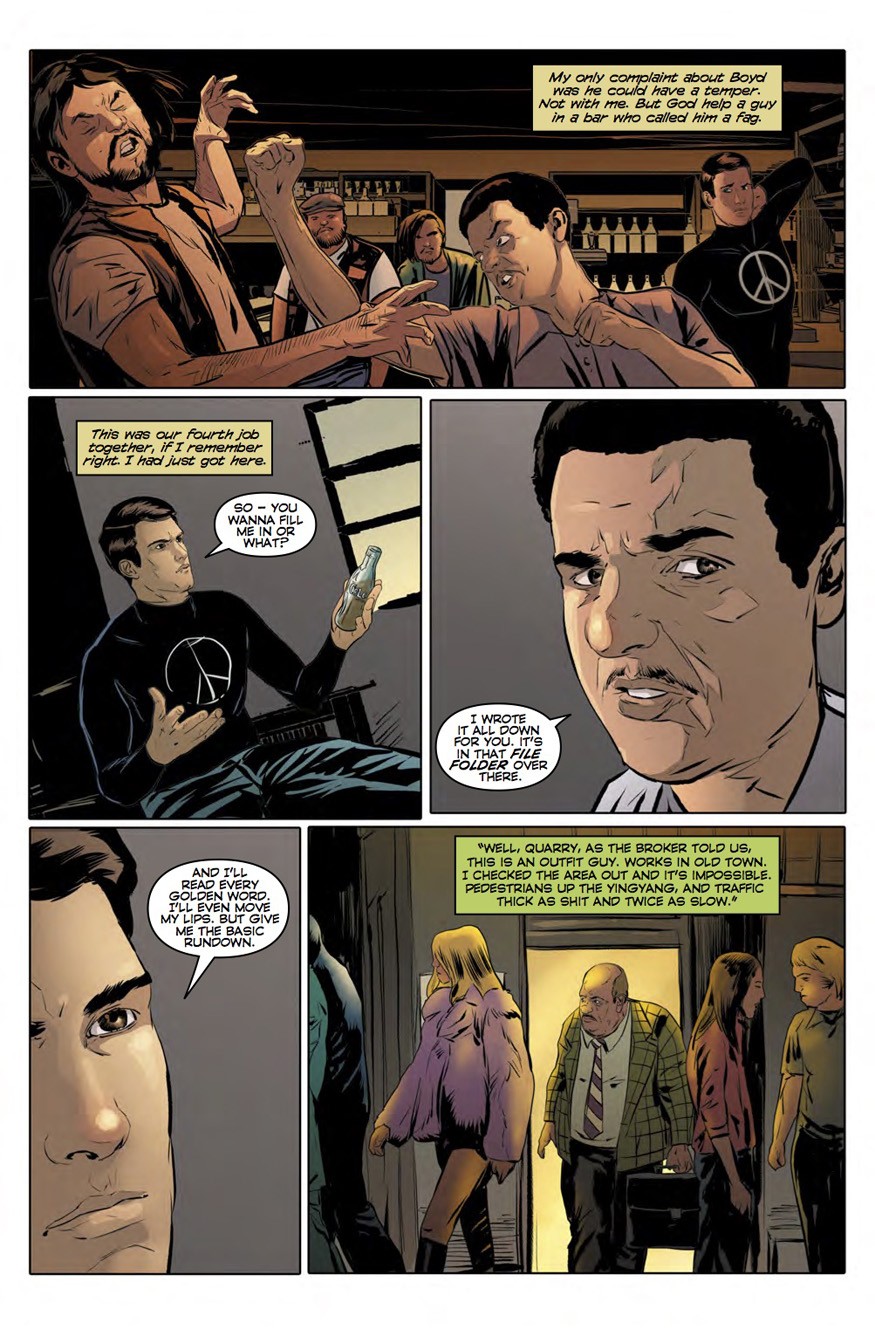 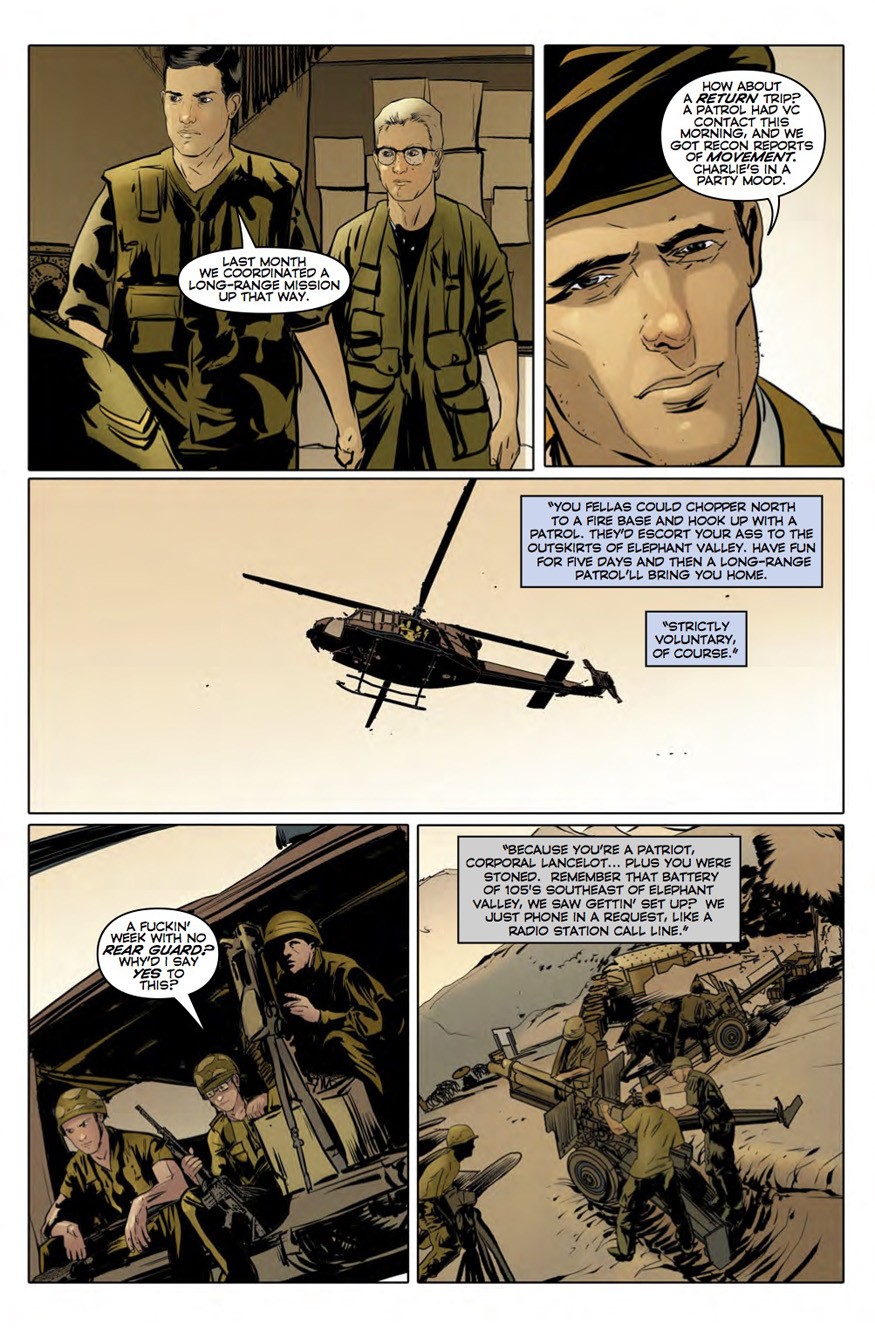