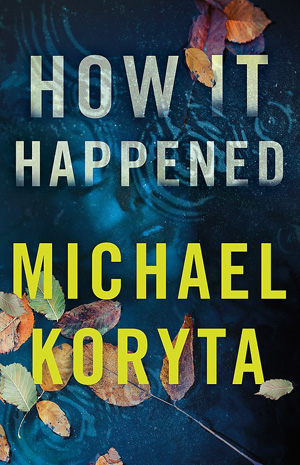 Written by Michael Koryta — It was Rob Barrett’s academic research into criminal interrogation which led him to join the FBI, and it was his reputation as an expert in the field which led the chief of the Boston bureau to request his support in an ongoing murder investigation. Lieutenant Johansson has a suspect and a potential confession for the murders of two teenagers, Ian Kelly and Jackie Pelletier, but no bodies. Nine times out of ten the case would already be going to trial but Johansson’s suspect, Kimberly Crepeaux, is an opiate user and the very definition of an unreliable witness.

Barrett has spent weeks with Crepeaux in an attempt to capture her confession, and when it finally comes he is convinced he has extracted the truth from her. Crepeaux states she and a friend were met after work by Mathias Burke, and after some drink and drugs, the trio went on a ride through the Maine countryside to the beach. Burke ran Pelletier over accidently, then killed Kelly afterwards. Burke then forced the two girls to help him dispose of the two bodies in a nearby pond.

However, the local police are sceptical. Crepeaux, they point out, is a jailhouse snitch who will lie at any opportunity and Burke is a well-respected local businessman who has no history of violence or drug use. Barrett knows he is putting his reputation on the line vouching for his witness, but he has not been wholly truthful with Johansson. Could it be that he wants Burke to be guilty? Barrett was humiliated by Burke when they were growing up together, and is he making the same mistakes he accused the police of when he was a researcher – putting his feelings before the facts of the case?

When we interviewed the author around the time of publication of his novel Last Words, he spoke about the importance of nature and the environment in his work. Koryta spends part of his time in Maine, and his depiction of the area feels vivid and realistic. Away from the urban areas, Maine is sparsely populated, poor, and much of the work is at sea, dangerous and poorly paid. The tension between the locals and the affluent tourists is strongly depicted, and moves along the plot.

When a search of the pond turns up empty, the FBI’s embarrassment is sufficient to have Barrett taken off the case. Twice Barrett returns to investigate unofficially, and despite knowing that if he’s caught it will be the end of his career, he seems unable to resist. His self-destructive behaviour is lent credence by careful characterisation and back-story. That Barrett evidently needs to prove to himself that he was right, as much as he needs to prove to Johansson, gives the novel added psychological depth as well as drama.

Koryta shows here that he retains his powers as an effective thriller writer. The characterisation is not limited to just his protagonist. Burke and Barrett’s journalist partner Liz are both intriguing as well. He nails a satisfying plot, which frequently moves into unexpected areas, and which grows to include blackmail and the synthetic opiate epidemic among other things.

How It Happened can be read over a couple of evenings. This novel is like Michael Connolly’s standalone efforts. The plot has a rhythm to it, the tension eases off before it ratchets up again. The effect is to propel the reader through the novel. You’ll probably want to devour it in one go. High praise.