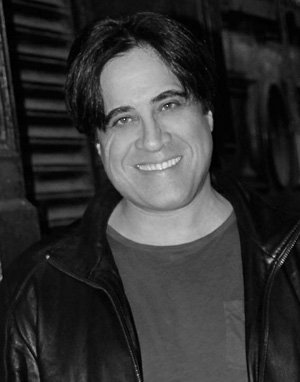 Can you tell us about the inspiration for Savage Lane?
I always write about characters and situations that interest me, and that I can spin out into fun plots. In Savage Lane, I wanted to write about a divorced woman, a single mom (Karen), who, because of her situation, becomes the subject of fantasies of a married man, and ultimately a murder suspect. From this point I thought more about the characters around them, their own situations, fantasies, and delusions. But from the get-go I saw it as Karen’s story.

Male delusion is a big theme throughout the book, do you think men are more pre-disposed to delusion than women?
Without giving spoilers, I think a couple of the female characters in Savage Lane are just as messed up as the men. I don’t see it as necessarily a male thing. But yeah, I do see the theme in this book, and in some of my previous novels. I think it’s something that interests me, that’s for sure. I like writing about extreme behavior, and grandiosity is a favourite theme of mine. I think it’s very real – everybody knows someone who behaves the way my characters do. But I don’t think it’s just a male thing. What were the challenges of writing Savage Lane?
It’s always a challenge to work with darker characters. It’s one of the challenges I like in writing this sort of story because there isn’t the fallback of ‘this is a good person so of course I want to find out what happens.’

My characters are often flawed, make mistakes, have bad judgement at times – like real people – so as the writer I have to dig a bit deeper to make them compelling and, most importantly, understandable. For me, the most compelling characters in literature aren’t necessarily likable, but they are understandable. We have to know what drives them, what they want, and hopefully enjoy reading about them, because the most twisted characters can also be the most fun and entertaining. This was something I thought about a lot while writing Savage Lane.

Often the most twisted characters are the most enduring, Holden Caulfield and Patrick Bateman spring to mind. Who are some of your favourite hateful characters from literature?
Those are great choices. Well, in crime fiction Tom Ripley jumps to mind, or any of Jim Thompson’s characters. Also Hamlet and Macbeth, the narrator from Albert Camus’ The Stranger. More recently Gillian Flynn has done a wonderful job of making her dark and twisted characters simultaneously compelling.

With the likes of Gone Girl, Second Life, The Girl on the Train, and your own Savage Lane, why do you think domestic thrillers are striking such a chord right now?
I think people like stories that feel edgy, and a bit personal, and domestic thrillers usually have real, everyday people at their core. I think these brooding sort of thrillers, that get into the psychology of the characters, have been popular since Hitchcock. These sort of stories have been popular on TV for a while now, and the literary marketplace is finally catching up to the trend.

You have a number of projects in film and TV development, and also write graphic novels, what do novels offer, as a form of expression, that these other mediums don’t?
In a novel, writers have the space and freedom to get deeper into back story and into the psychology of the characters. I think these are the biggest differences. I do think the gap is narrowing between novel writing and some TV writing though. The writing on cable shows such as The Wire and Narcos, for example, has the vibe of novel writing. I think the concept of the novel for television is gaining momentum, but for me nothing could ever replace the intimacy of reading a book.<

Visual literature is definitely getting more recognition on television. You mentioned The Wire and Narcos, what other crime dramas have you enjoyed recently?
Love Homeland, Dexter, The Sopranos, Luther, Bates Motel, Louie. But I don’t only watch drama, I watch a lot of comedy too. Your first novel, Cold Caller, was published nearly two decades ago now. How’s your writing developed as you’ve got older?
I think I trust myself more now. I used to have a lot of anxiety about hitting a dead end with a book and a story petering out. But with each new book I have become better at anticipating where my stories will go and I’m confident I can finish anything I start.

What’s your process like when working on a novel, is there such a thing as a typical day?
I don’t have a typical day – wish I did! I write whenever I can. It’s usually in the morning and afternoon with a break for lunch in between. Some days life interferes and I write during the evenings. I prefer getting out of my apartment to write, so I go to coffee bars in my neighborhood in Manhattan. If I have a deadline on a project I have to get more rigid with my time and I keep a word count to quicken my pace.

Finally, in Savage Lane everyone has something to hide. So Jason, what’s your biggest secret?
True, everyone does have secrets! I’ve revealed some of mine in therapy, but that can get expensive – at least here in the US. It’s much more cost-effective to write novels about people with naughtier secrets than mine – makes me feel porous and well-adjusted in comparison.